Police are setting up roadblocks around the wider Auckland area in a bid to stop further community spread of the deadly Covid-19 virus.

From midday today police will be operating checkpoints and "increasing reassurance" measures as the city goes into level 3 restrictions.

Police Commissioner Andrew Coster said police staff had planned for the possibility of the virus returning to the community.

That planning included the possibility of regional restrictions, as announced by the Prime Minister last night.

Police have today also released details of the boundaries to be enforced, and where road checkpoints will be located.

Coster told Heather du Plessis-Allan they have turned a number of people around from checkpoints.

He said some people have been trying to visit friends and the "odd one" trying to get to their holidays homes.

He says they've turned around 30 to 40 vehicles but it is early days for the figures.

Coster said they started the checkpoints when the order came into force that enabled them to do so. That followed criticism from Thames- Coromandel mayor saying checkpoints should have been in place earlier.

He said they've been clear that under level two there's no legal authority for them or others to establish checkpoints in parts of the country under level two.

He added that people are allowed to pass through Auckland in order to return to their normal residence.

"Police will have a visibly higher presence across the region, with all three Tāmaki Makaurau Police District Commanders working together to respond the regional alert level 3. 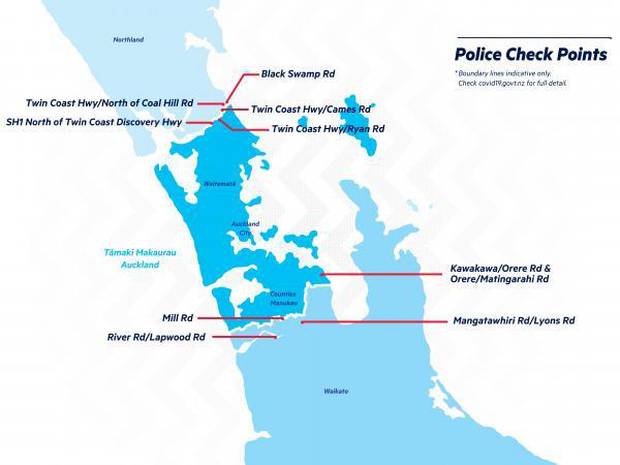 "We will be visible around supermarkets and places where communities need the assurance of police presence."

Coster urged the wider Auckland community to "play their part".

"And we are relying on people to heed the message to go home and stay home," he said.

From midday, police will also be operating nine checkpoints at exit points just inside the regional boundaries, largely based on the Auckland Super City boundaries.

"The checkpoints will be similar to the operations conducted ahead of the long weekends during the national alert level 3," Coster said. 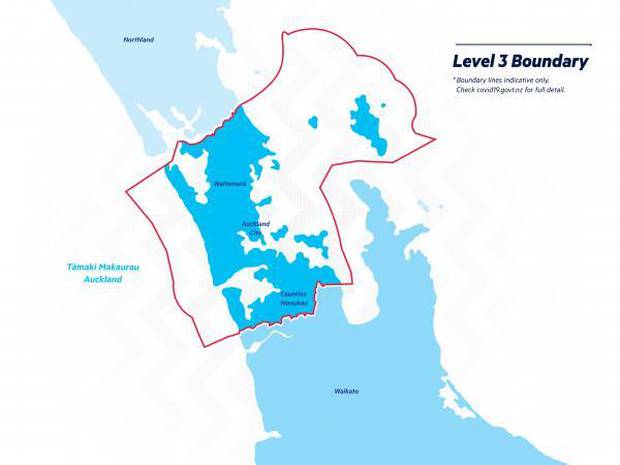 "We will be stopping vehicles and questioning drivers, but as has been our approach through the Covid response, our first focus will be on educating people and ensuring they are aware of the new restrictions.

"For the rest of the country, this is not new territory for people and hopefully there is a strong community willingness to abide by the restrictions of alert level 2."

All front counters at police stations in the wider Auckland area - Tāmaki Makaurau - will be closed to the public with the exception of Henderson (Waitematā), College Hill (Auckland City) and the Counties Manukau Hub - which are all open 24/7 but with restricted access. 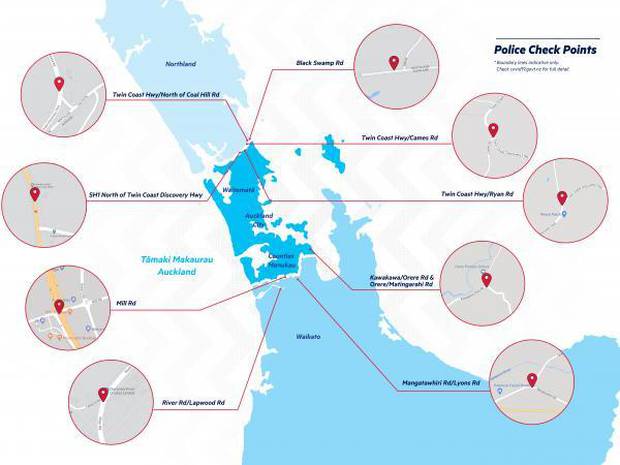 "Throughout the rest of the country, most front counters are open, but with restrictions to protect our staff and those coming into the building," Coster explained.

"Where possible, please visit us online."

You can report non-emergency situations online HERE or call 111 if it's an emergency.