National deputy leader Gerry Brownlee says he is "not at all comfortable" that he might have aided conspiracy theorists by asking whether the Government was covering up information about the recent Covid-19 outbreak.

Brownlee, in a press conference with leader Judith Collins, raised a series of questions on Wednesday that suggested the Government knew more than it had announced about Covid-19 community transmission. 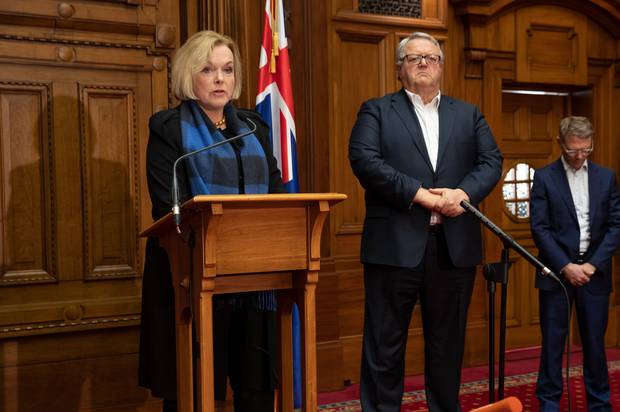 But Brownlee told Newstalk ZB's Canterbury Mornings host Chris Lynch this morning that he got himself into a "bad spot" with those comments, saying he wasn't trying to spur on conspiracy theorists but simply get as many facts out there as possible.

"I got myself into a bad spot the other day," he said.

"I'm not at all comfortable that I might have unleashed some sort of credence to those people."

He said the way his comments had been presented was "unfortunate".

"I certainly didn't enjoy it, it's not my intention at a time like this to create uncertainty."

When asked why families who recently tested positive to Covid-19 were now being taken into quarantine facilities just hours after director general of Health Ashley Bloomfield said New Zealand rounded up sheep rather than people, Woods said they wanted to.

Woods, who is in charge of managed isolation facilities, said some of the people who were testing positive actually wanted to go into quarantine.

"They wanted to isolate themselves away from family members who haven't tested positive," she said.

Some of the families were big families living in single houses and so quarantine was a good option, Woods said.

Woods said testing was an important tool but only one tool in the toolbox, when asked if she was worried about news that many working near New Zealand's borders hadn't been tested.

She said testing was a "reactive" tool.

It was more important to keep staff at the border safe with daily health checks and adequate personal protective equipment, she said.

"Of course the testing will tell us if someone has Covid, but the most important thing we can do is prevent them getting Covid." 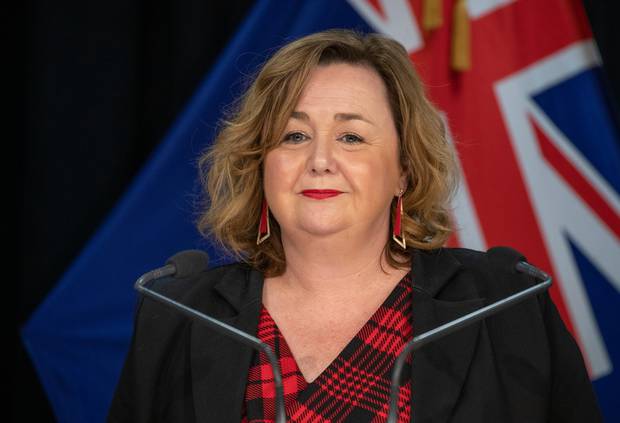 But National's Brownlee dismissed this, saying it was a concern.

"To find out that two-thirds of those working on the border have not been tested at all in five months was quite a concern," he said.

He also said the contact tracing system was working too slow.

Brownlee admitted he had changed his own views about the Government's contact tracing app and he now encouraged everyone to sign up and use it.

Woods denied that by not testing staff at the border the Government was actually going soft rather than hard and fast to crush Covid-19.

She made the point that anyone with symptoms, who worked at the border was being tested. 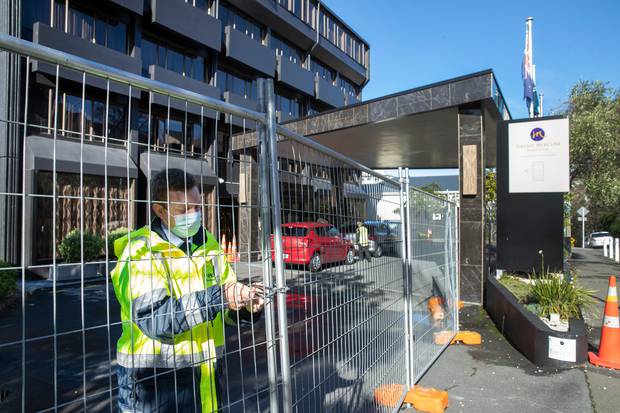 However, Brownlee said that asymptomatic people could also spread Covid-19.

This meant everyone working at the border should be tested, he said.

It was an inconvenience that those workers simply had to live with.

Woods said she had been trying to make the point that it was not enough to simply rely on testing to defend the country against Covid-19.

But Brownlee interjected to say the Government hadn't been relying on testing at all given the majority of staff working at the border hadn't been tested.

Woods also said the Government hadn't stopped flights around the country because of the short term nature of the original level 3 lockdown in Auckland, which was earmarked to last for just three days at first.

That was to give people the chance to get home, she said.

But when asked about what was stopping the virus heading to Christchurch or elsewhere on a flight, Woods said those on flights were wearing masks and being asked to exercise common sense.

There is a need for people to relocate to their homes and that was only fair, she said.

However, the only reason to fly in-and-out of Auckland was to get home - other reasons weren't acceptable.

Yet despite saying this, Woods conceded when questioned that no one was interviewing or asking people boarding flights what was their reason to travel.

This was in contrast to roadblocks set up on roads into and out of Auckland that were manned by NZ Police and Defence Force personnel.

Woods also said anyone flying home from Auckland to another part of the country should exercise caution and not travel around to malls and rest homes once off their flights.

Brownlee, meanwhile, raised a question about whether it was wise to put community members who test positive to Covid-19 into quarantine given it may deter others from coming forward for tests.

He also questioned Woods' comments that contact tracing was working well given authorities hadn't found the source of the latest outbreak.

6AM - 9AM Listen on iHeartRadio
The Resident Builder
;