When Christchurch woman Julie Zarifeh lost her husband to pancreatic cancer she never imagined that 16 days later she would also lose her son in a tragic rafting accident.

Paul Zarifeh, died on November 23, 2017, and his 27-year-old son Sam drowned while on a rafting trip with workmates on December 9.

The family's grief was immense and at the time Julie Zarifeh told the Herald she felt she would not "ever truly be happy again".

"To experience both ends of the grief spectrum in a two-week period – the very sad but anticipated bereavement of Paul, but then the acute, tragic, shock loss of eldest son Sam – is truly indescribable," she said.

Just over three years have passed since the double blow rocked the family and Zarifeh has published a book about how she coped with the loss and moved her life forward.

A clinical psychologist, Zarifeh embarked on a journey of "active grieving' and said once she had adjusted to the initial shock, she started setting herself goals.

The first was a 450km cycle tour around Sri Lanka to raise money to give disadvantaged Kiwi children new bikes. 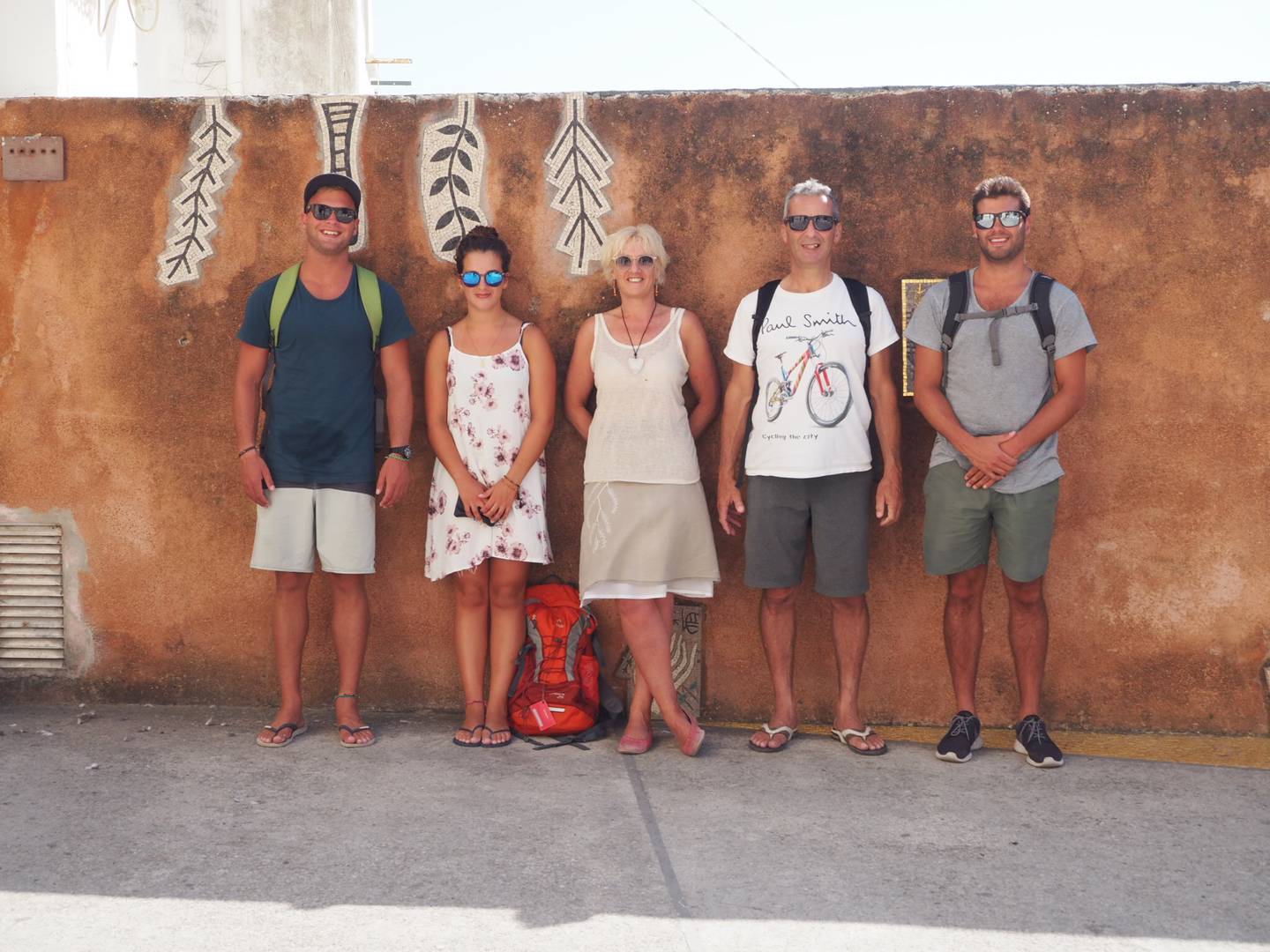 Then, she trekked the 800km Camino de Santiago and ran the New York marathon on behalf of the Mental Health Foundation.

Zarifeh's book - titled Grief on the Run - was released this week.

In it she reveals she was at a movie when her son died and she emerged to turn her phone on and find messages from a neighbour saying police were looking for her.

She said she had a "real maternal gut instinct that it wasn't going to be good news, and that it was Sam".

"I'd been feeling really weird all day actually, it wasn't good," she told NewstalkZB host
Chris Lynch this morning.

The book canvasses the death of both her husband and son and Zarifeh reveals there was a 24-hour period where she could not see any point in living her life.

"I literally was curled up in a foetal position on the floor," she said.

"We really debated whether we had it in us to have another funeral ... then the family decided that Sam did need to have a funeral … I was just lying on the floor listening.

"I woke up the next morning and thought, ah, my gig - and I wanted to be the person that organised the celebration for Sam."

After she buried her son Zarifeh decided she was not going to let the deaths define her.

She said while her husband was dying she was preparing herself for that.

"I obviously didn't factor in the loss of Sam, 16 days later," she said.

"So the decisions I'd made already in terms of deciding to go on the Camino walk etc, just took on a more poignancy and meaning.

"Paul's was a tragic but anticipated slow demise, so you grieve in advance … compare that with the absolute and utter shock of an accident … instantaneous death, you're trying to work out how to marry those two ways of coping .

"The book kind of talks about that, and how I pulled it all together."

Zarifeh said the book that chronicles her journey of active grieving had an element of tragedy but had also been described as "uplifting". 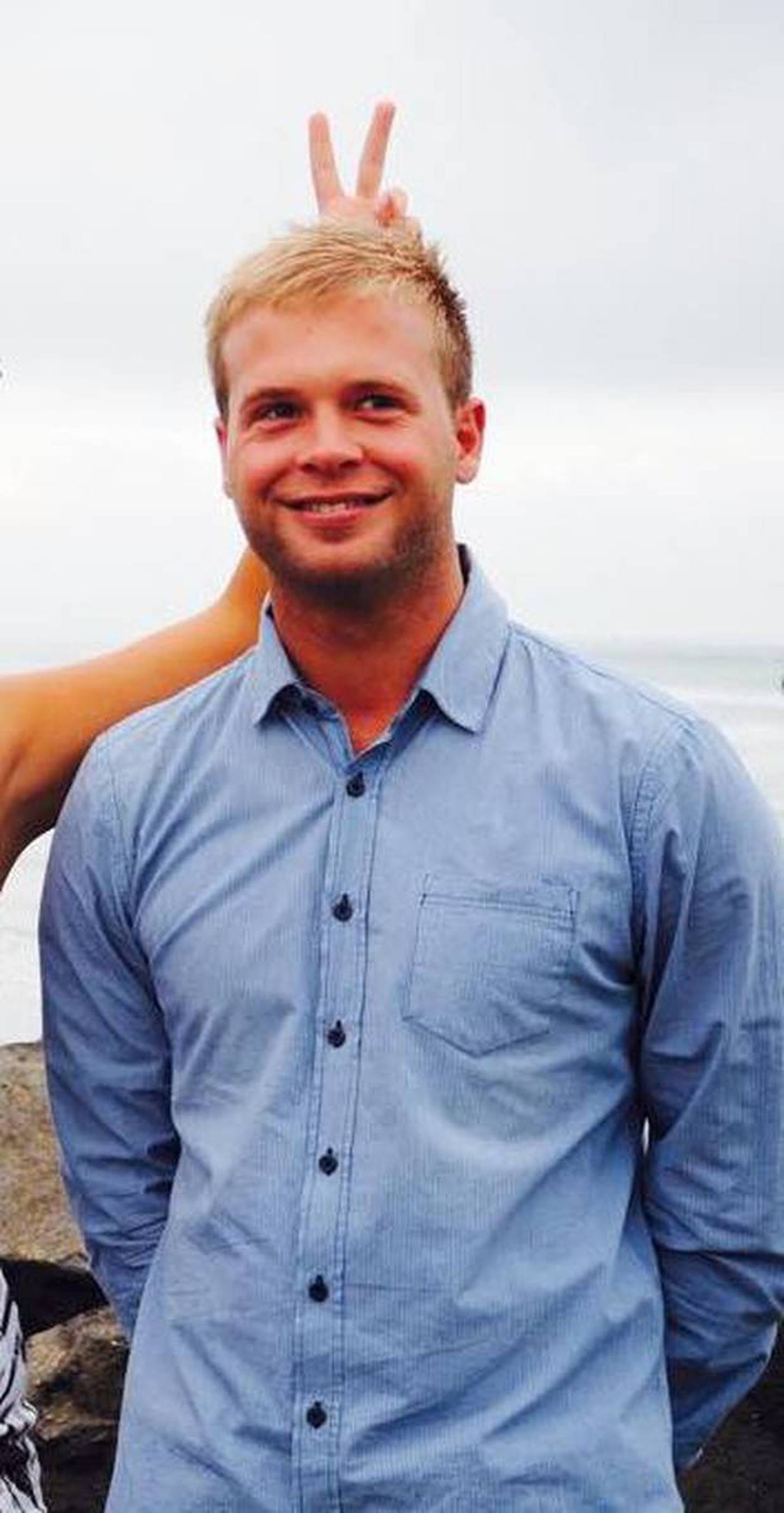 "You might have (tissues) at a couple of times but you'll also have laughter," she said.

She said she had the "perfect storm" of training, skill and tools from her career and work to help her get through her ordeal.

Currently working as a consultant clinical psychologist, Zarifeh has investigated the

psychological factors contributing to 'broken heart syndrome' after the Christchurch earthquakes and has presented at many conferences.

She is also working with survivors and family members affected by the March 15 terror attack.

But she also wanted to pass her knowledge on to others - anyone who was struggling with grief in any way.

She explained the theory she lived by and what the book was about.

"The term active grieving doesn't just refers to exercise - in my case I went pretty hard out," she said.

"Not withdrawing, not letting the grief become so all-consuming that you withdraw into yourself and stop connecting.

"Doing activities of daily living that we all know are important and crucial for us to keep on top of things.

"It's distraction… it's smelling the roses, the appreciation of a sun rising, grass blowing - whatever it may be out there in nature.

"But it's very much the fact that it's a deliberate choice … as opposed to succumbing and letting grief control that process - you can turn it around on its head and control what you do… to manage that adversity."

"But that's not to say I still don't have my moments of being absolutely sideswiped by what we call a grief hijack, that can come out of the blue for no particular reason," she said.

"I continue to be extremely deliberate on a daily basis on how I conduct myself."

She said routine was crucial and helped her keep on track.

Her day started with exercise - a morning walk or more recently, a cold water ocean dip watching the sunrise.

And despite thinking she never would - Zarifeh has found happiness again.

She is engaged to be married and adores spending time with her two adult children Jared and Kirsti, their partners and her new grandson.

"Thirteen months ago I did the very brave online thing … Luckily Henare was my third date on that journey and yeah, we just totally clicked and we are now getting married next April.

Zarifeh said initially she was only going to write the book for her family but she decided to push forward after encouragement.

"I wasn't ready to go back to work at that point … and then it's just grown into this thing.

Zarifeh said there are five basic ways to wellbeing:

• Connect – spending time with people who you strongly connect to, emotionally.

• Give – giving your own time or resources to help others, unconditionally.

• Choose what to focus on – focusing on the good things in life: past, present and future.

• Learn – continue learning whether it's a new sport, hobby, language or studying.

• Be active – walking on the beach, swimming, skiing, running etc.