A gutted Murphy took to the Senate floor and demanded lawmakers do what they failed to do after 26 elementary school students and educators were killed almost a decade ago in Newtown, Connecticut. Congress has been unable to pass substantial gun violence legislation since the collapse of a bipartisan Senate effort in the aftermath of that massacre. 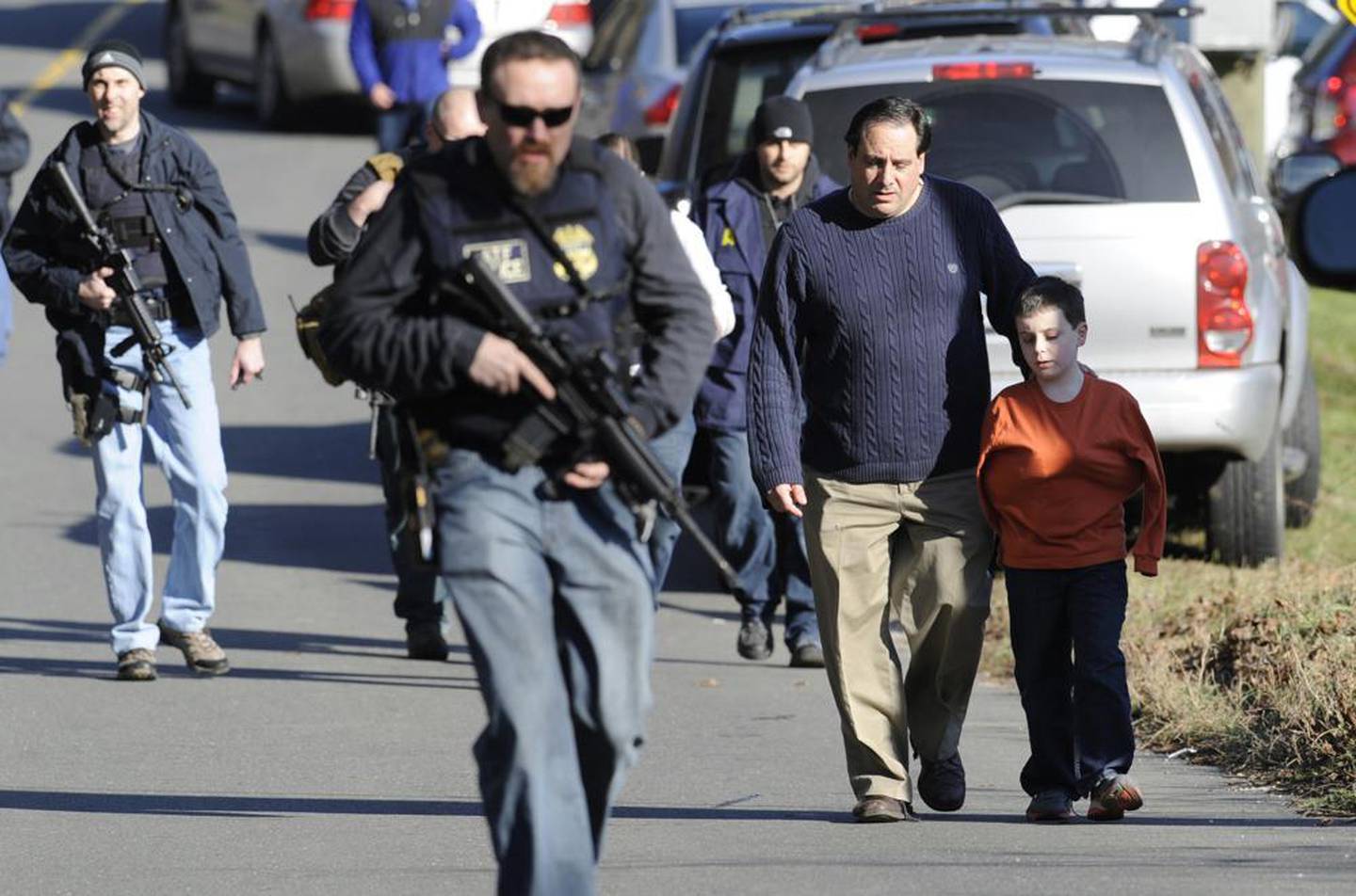 The Robb Elementary shooting has drawn parallels with Sandy Hook, which happened over a decade ago. Photo / AP

Murphy, a Democrat, urged his colleagues to finally find a compromise.

"Our heart is breaking for these families. Every ounce of love and thoughts and prayers we can send, we are sending," said Murphy, who represented Newtown as a US congressman.

"But I'm here on this floor to beg — to literally get down on my hands and knees and beg my colleagues. Find a path forward here. Work with us to find a way to pass laws that make this less likely," he said. 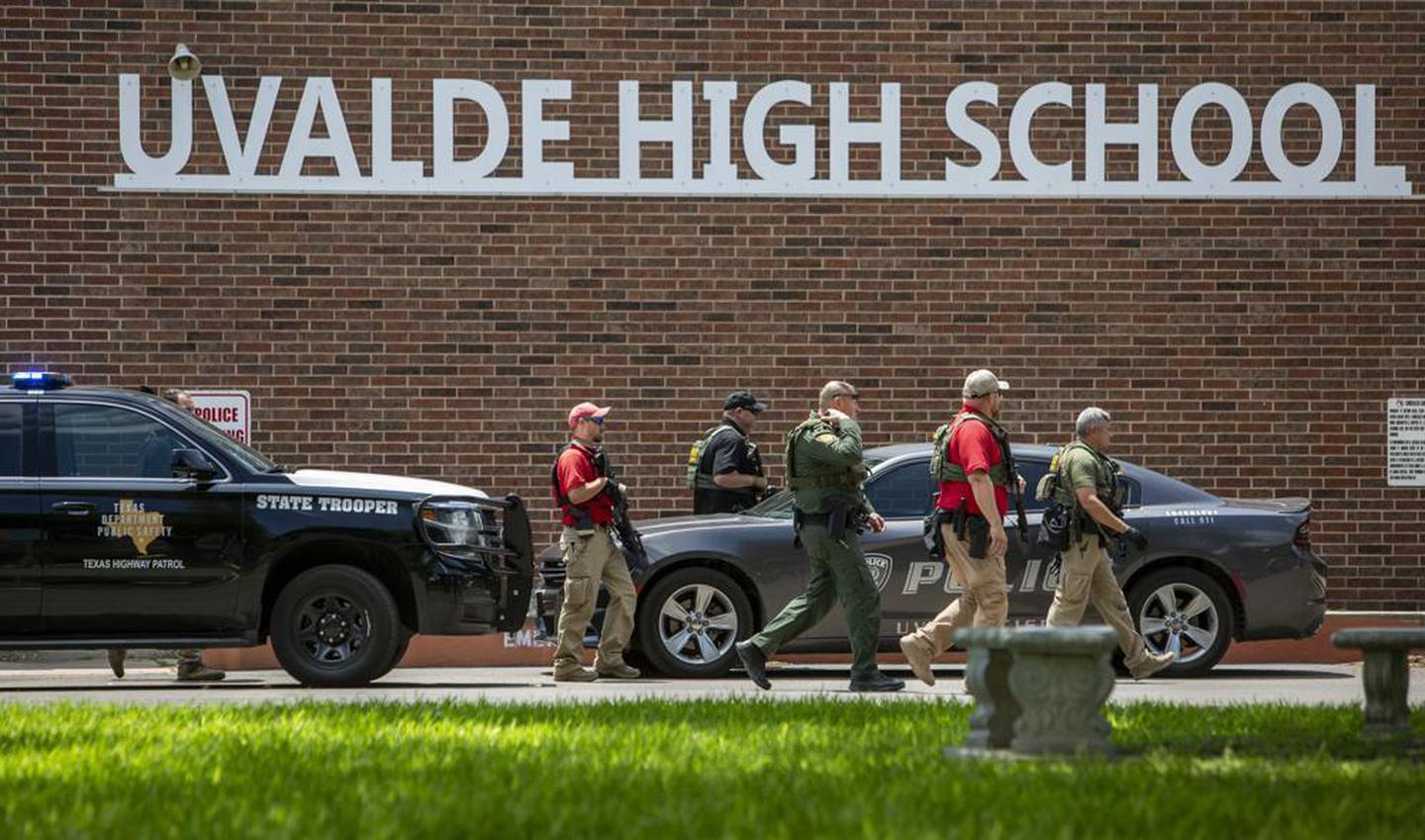 Law enforcement personnel walk outside Uvalde High School after shooting a was reported earlier in the day at Robb Elementary School. Photo / AP

Even as President Joe Biden's party has slim control of Congress, gun violence bills have languished in the face of Republican opposition in the Senate.

Both languished in the 50-50 Senate where Democrats need at least 10 Republican votes to overcome objections from a filibuster. 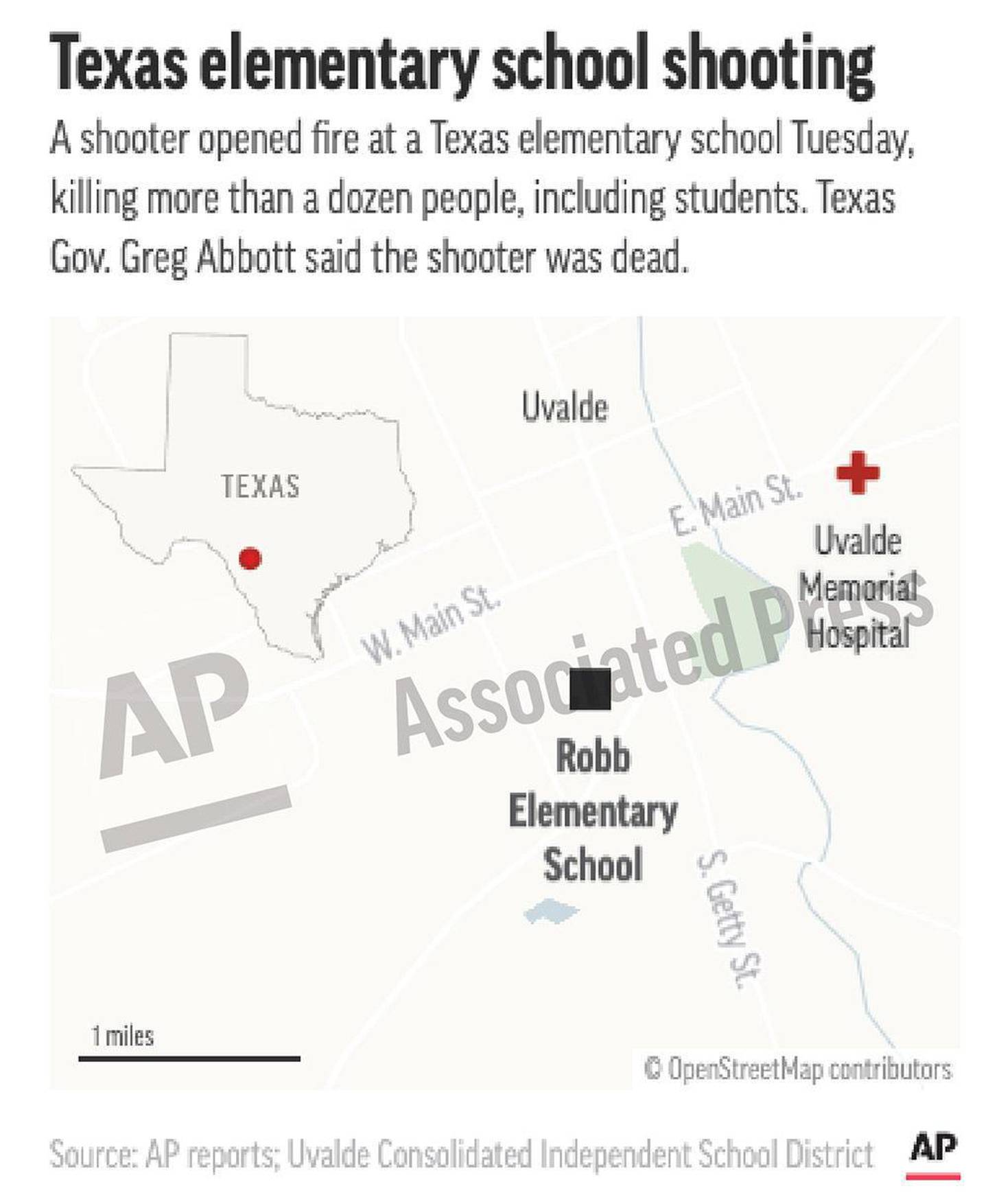 Tuesday's tragedy at the Robb Elementary School in Texas appears similar to the Sandy Hook shooting, where 20-year-old Adam Lanza shot his way into the locked building on December 14, 2012, then killed 20 first graders and six educators with an AR-15-type rifle that was legally purchased by his mother. He killed himself as police arrived. Before going to the school, Lanza fatally shot his mother at their Newtown home.

A report by Connecticut's child advocate said Lanza's severe and deteriorating mental health problems, his preoccupation with violence and access to his mother's weapons "proved a recipe for mass murder."

In February, the families of nine Sandy Hook victims reached a $73 million settlement of a lawsuit against the maker of the rifle used in that mass shooting.

The case against Remington, filed in 2015, was watched closely by gun control advocates, gun rights supporters and manufacturers because of its potential to provide a roadmap for victims of other shootings to sue firearm makers.

The families and a survivor argued the company should have never sold such a dangerous weapon to the public. They've said their focus is on preventing future mass shootings by forcing gun companies to be more responsible with their products and how they market them. 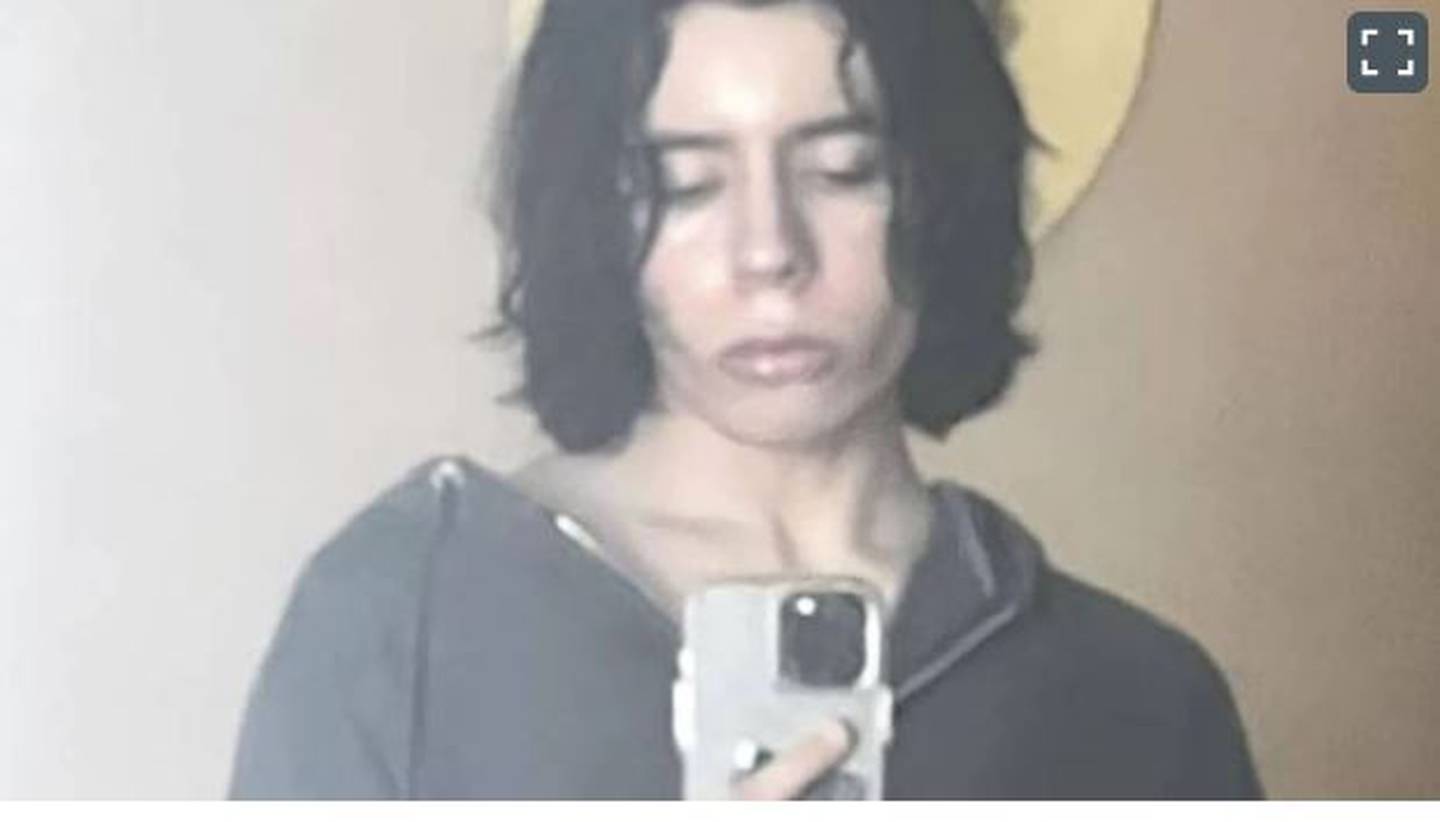 "Thoughts and prayers didn't bring my mother back after she was gunned down in a hallway at #SandyHook - they also won't bring the 15 murdered at #RobbElementaryschool back to life," she tweeted.

Advocacy groups that formed in the wake of the Connecticut shooting also expressed dismay.

"For the past decade, we have warned all Americans, including elected politicians across the nation, that if a mass shooting can happen in Sandy Hook then it can happen anywhere," said Po Murray, chair of the Newtown Action Alliance, in a written statement.

"We have begged presidents, all members of Congress, governors and state representatives to strengthen the federal and state gun laws to keep our families and our communities safe," she said.

"I understand my Republican colleagues will not agree to everything that I may support, but there is a common denominator that we can find," he said. "But by doing something, we at least stop sending this quiet message of endorsement to these killers whose brains are breaking, who see the highest levels of government doing nothing, shooting after shooting."