The Taliban has a $2.3 billion war chest to fund its fight in Afghanistan, with millions coming in from drugs, donations and real estate.

It has taken the Taliban less than two weeks to seize control of Afghanistan again after government troops withdrew, and there are eerie predictions the militant group is set to team up with China in the future.

Now the Taliban has taken over the country, there is a chance the group are going to end up with a lot more money too via a partnership with China, said Charles Miller, senior lecturer in international relations at the Australian National University.

"The Chinese have been making overtures to the Taliban for some time now. I think the Chinese are looking to start doing business with the Taliban and one of the reasons is Afghanistan has quite a lot of natural resources, especially lithium which is used in batteries and iron ore," he told news.com.au. 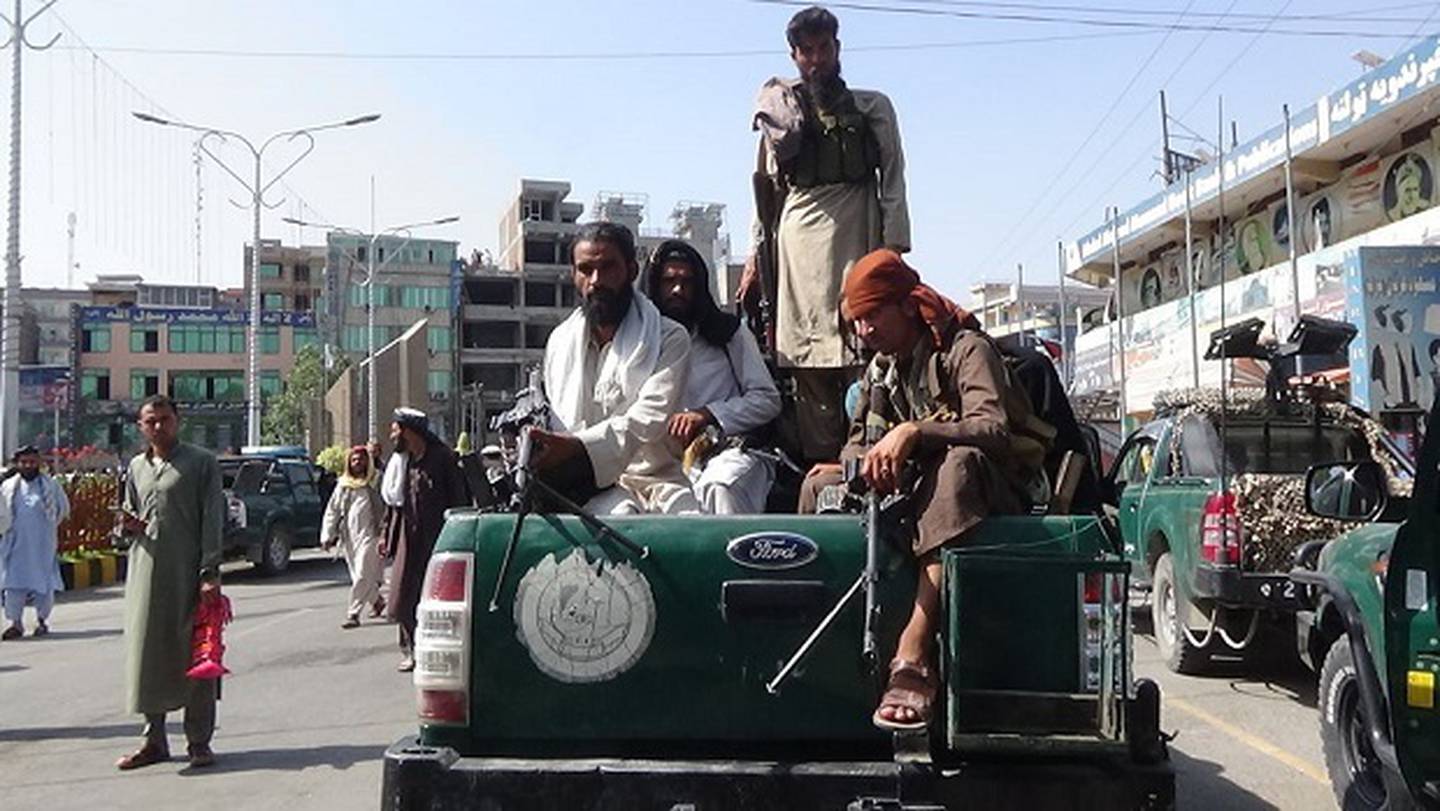 "Although the reserves are not as big compared to what Australia has got, if China and the Taliban are friendly with one another the Chinese have a source that is closer and more reliable than Australia, so I think the Taliban may very well end up having more money. It wouldn't be surprising as they invited a Taliban representative to Beijing a month or two ago."

Mining iron ore, marble, copper, gold, zinc and other metals and rare-earth minerals in mountainous Afghanistan earns the Taliban an estimated $481 million, according to Nato figures, as companies pay up so the militant group allows them to keep operating.

Miller noted the Chinese partnership would require the Taliban to spend a lot of money to build infrastructure to mine the materials out of the ground as well as investing in transportation to get it back to China, so a partnership wouldn't happen immediately but could be on the cards in the future.

Where the Taliban's money comes from

For the end of the March 2020 financial year, aside from mining, it raked in $600m from the opium trade.

Exports were also worth $346m, while real estate accounted for $115m, according to Taliban finance expert Hanif Sufizada from the University of Nebraska Omaha.

Afghanistan accounted for approximately 84 per cent of global opium production over the five years ending in 2020, with much of those illicit drug profits going to the Taliban, with the group imposing a 10 per cent tax on every link in the drug production chain, he wrote in The Conversation.

"That includes the Afghan farmers who cultivate poppy, the main ingredient in opium, the labs that convert it into a drug and the traders who move the final product out of country," he said.

Miller said one of the reasons the Taliban has been so successful is because of its partnership with the opium trade. 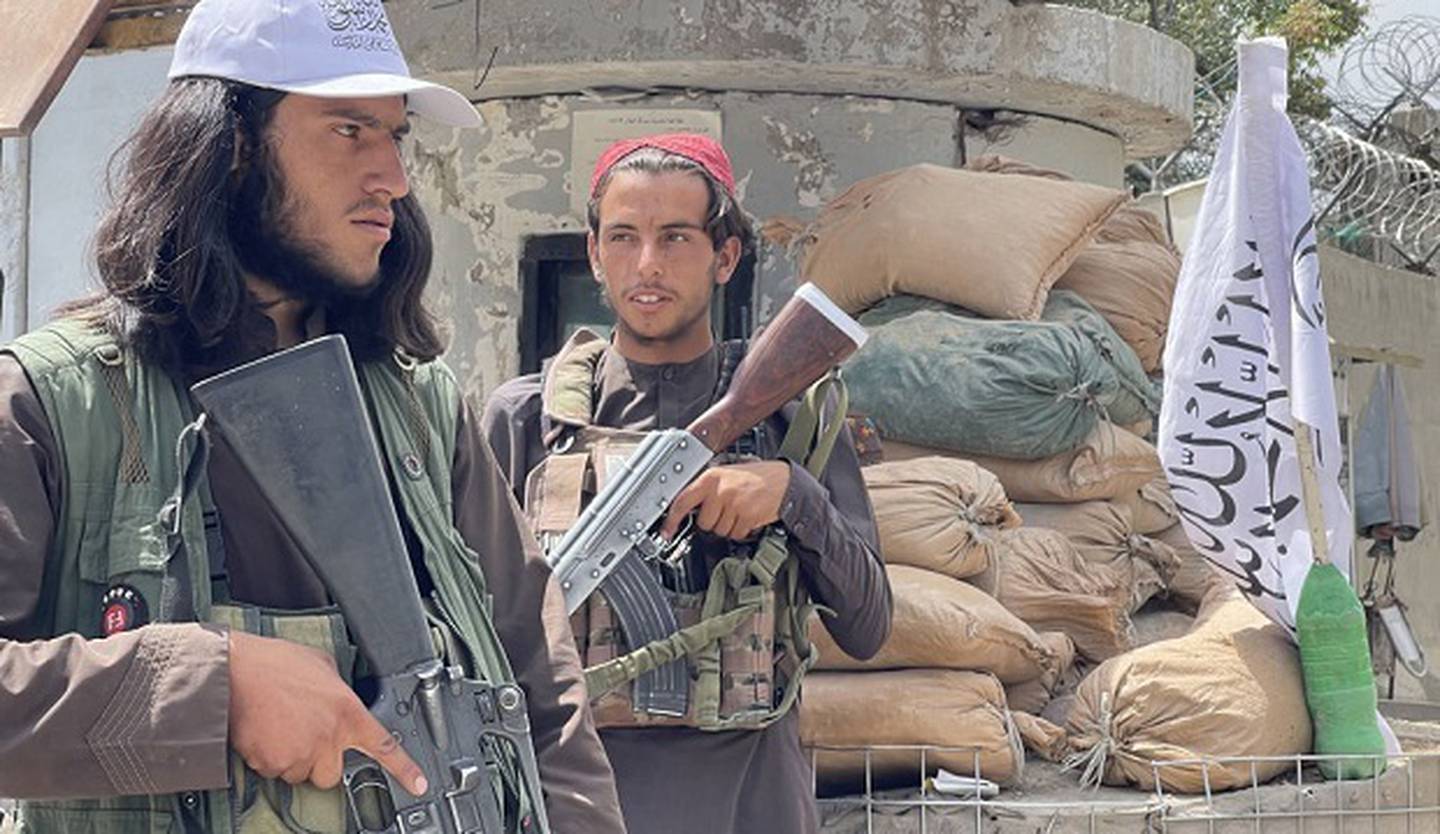 "Afghanistan is one of the world's major producers of raw opium and because the West decided right about 2005 that they would start clamping down around the drug trade … it drew the opium trade into arms of the Taliban," he said.

"Both were under fire from NATO and the United States, so it was natural to go into alliance with the Taliban protecting the opium trade profits from Western and Afghanistan governments."

"Drivers are also charged for using highways in Taliban-controlled regions, and shopkeepers pay the Taliban for the right to do business."

Other experts describe the Taliban as a highly ideologically motivated fanatic religious organisation, who are willing to provide protection rackets for businesses, whether they are illicit or not, added Miller.

"The argument goes something like this: if you are transporting goods around Afghanistan, a country like that has been so insecure for such a long time you obviously need to be very careful about what you're doing and probably do need to pay protection money to various people along the way," he said.

"The advantage is the Taliban are very unified, so if you pay a certain amount, a cut of your profits to the Taliban, they are basically going to be able to guarantee safe passage through all of the territory. Whereas if you pay the Afghanistan government or local non Taliban militia they can't guarantee their fighters on the ground are going to lose stuff. The Afghanistan government and other militia don't have much control over their subordinates, the local guys on the ground, whereas the Taliban do."

As for charitable contributions, many Taliban donations are from charities and private trusts located in Persian Gulf countries and are on the US Treasury Department's list of groups that finance terrorism, Sufizada noted.

"Private citizens from Saudi Arabia, Pakistan, Iran and some Persian Gulf nations also help finance the Taliban, contributing another $60 million annually to the Taliban-affiliated Haqqani Network, according to American counter-terrorism agencies," he wrote. 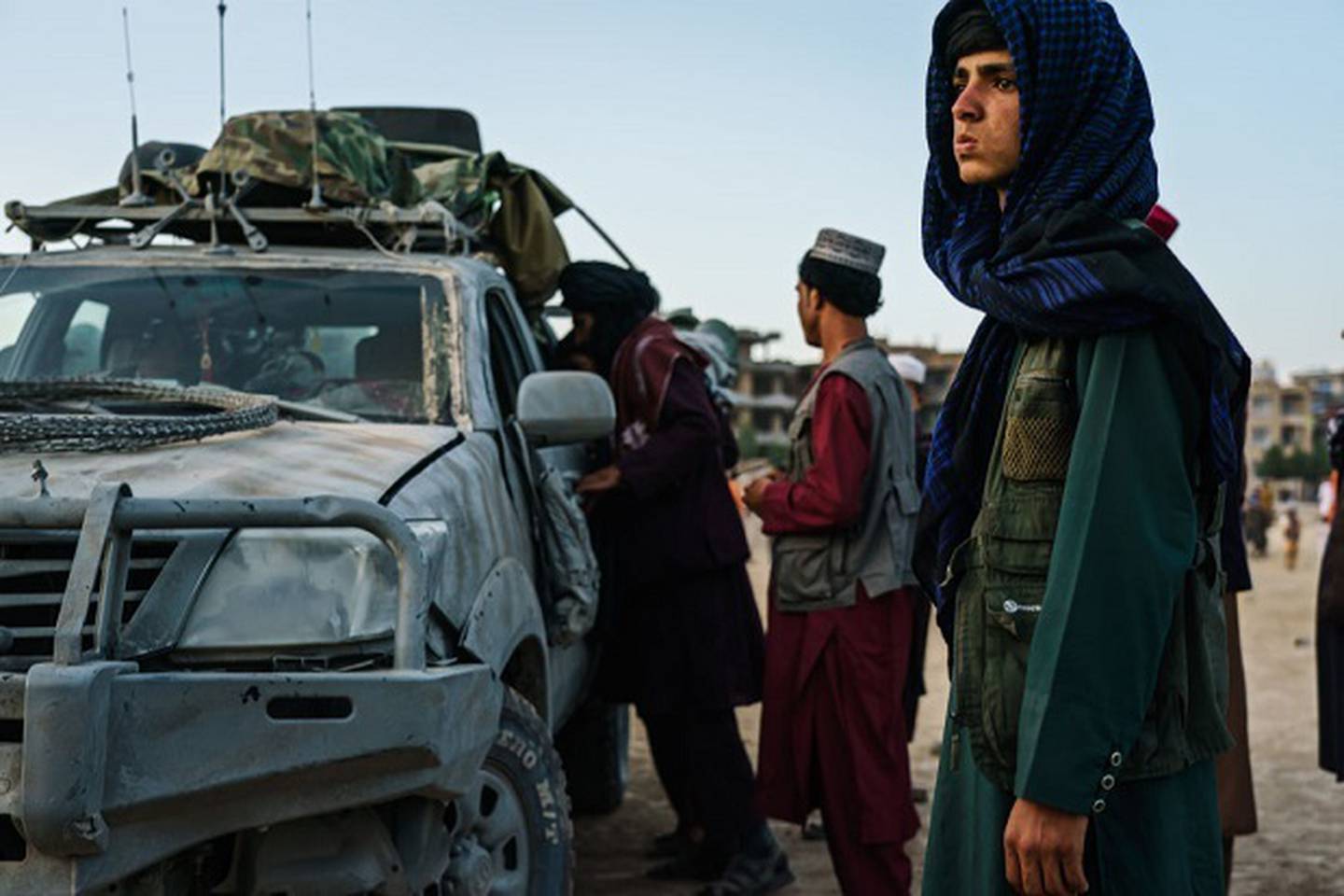 The Taliban also own real estate in Afghanistan, Pakistan and potentially other countries, he added.

Meanwhile, the Afghan government brought in $8 billion during the same financial period as the Taliban, but Miller is quick to point out that it wasn't money that allowed them to take over Afghanistan.

"It was the fact they were unified and they believed in something, essentially that is the major reason," he said.

"If it was just about money then the Afghanistan government could have beaten them quite easily as it got large amounts of financial support from the West."

What the future holds

Government forces and the Afghan army collapsed without the support of the US military, which invaded in 2001 after the September 11 attacks and toppled the Taliban for its support of al-Qaeda.

The US ultimately failed to build a democratic government capable of withstanding the Taliban, despite spending $118 billion and providing two decades of military support.

Miller predicted the Taliban's rule will be quite stable because the United States is not going back and thinks it would be difficult to organise any resistance to them.

However, he is sceptical about any conciliatory offers the Taliban have made, like not using violence.

"Unfortunately, a lot of people are going to be killed in very unpleasant ways and in terms of the impact on terrorism, I think that they are still pretty close to al-Qaeda and it could give al-Qaeda a new base, similar to what they had before 9/11," he said. 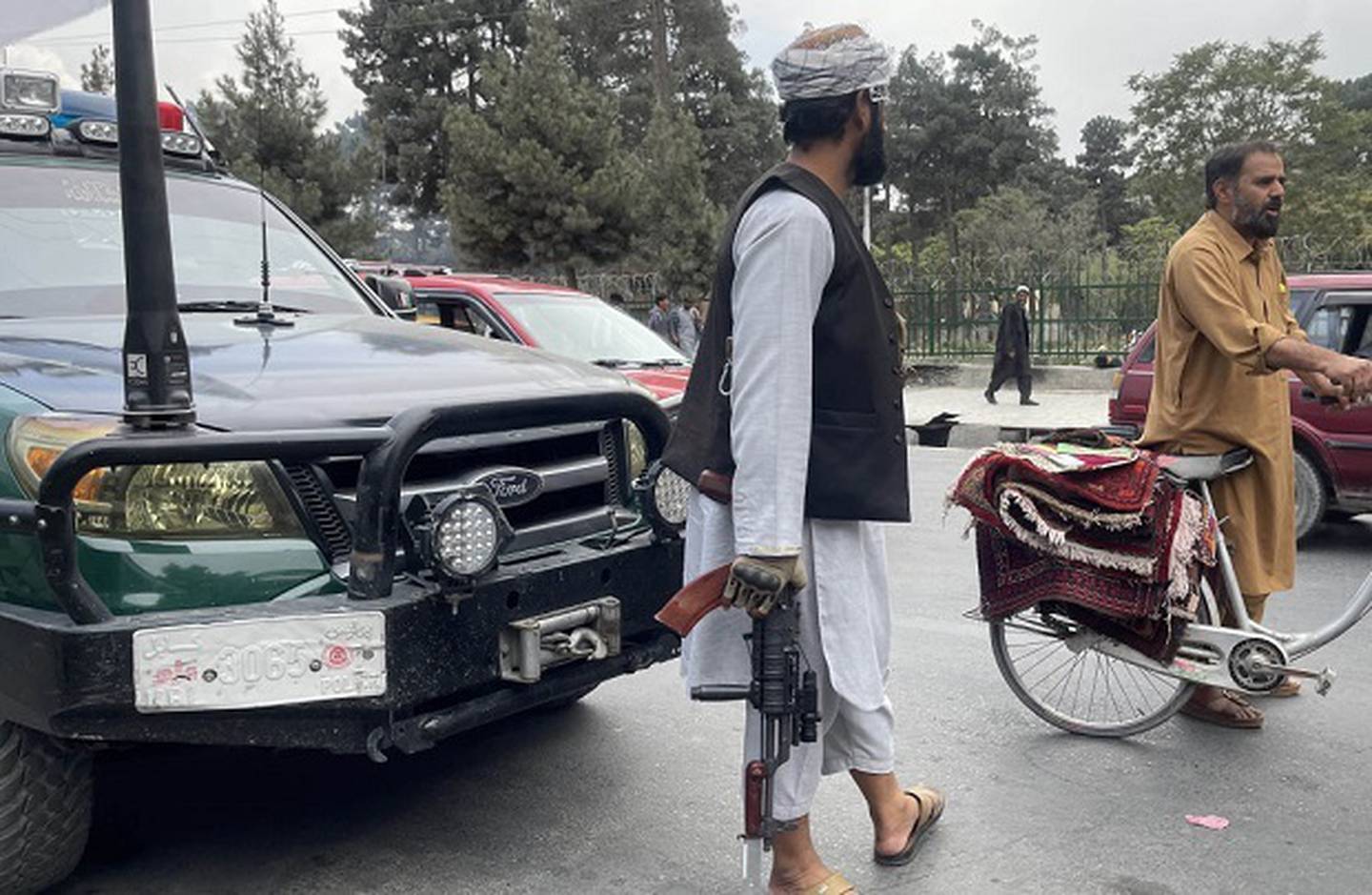 "It will also give a big morale boost to the global jihadist movement which has taken big blows in the last few years."

He added it was also a victory for China and Russia, who "seem to be quite happy to have the Taliban back in power", and who haven't evacuated their embassies unlike other Western countries.

"I think the Chinese are quite happy for them to be there and possibly it could be the case that the Taliban might seek to join with them, but really far down the line.