Warning: This story contains descriptions of sexual assault and may be distressing to some readers

As Jarryd Hayne spent his first Christmas and New Year's Eve in jail, his fate hangs on three simple words - "no", "might" and "may".

The former Dally M winner is sitting in Cooma Correctional Centre after he was convicted of the sexual assault of a woman at her Newcastle home on NRL grand final night in 2018.

Hayne has maintained his innocence - stating so after he was in March found guilty by a jury, during his sentence proceedings and again when he took his case to the Court of Criminal Appeal.

He has hired top barrister Tim Game to represent him, arguing that the verdict was unreasonable because of the evidence against him and "flawed" directions given to the jury.

Game argued that the three judges who heard the appeal - Chief Justice Tom Bathurst and Justices Ian Harrison and Helen Wilson - ought to acquit Hayne or order he be released and the matter be the subject of a retrial.

The latter would mean Hayne would face a third trial - the first in Newcastle late in 2020 ended in a hung jury while following a second earlier this year, a jury took three days to find him guilty of two counts of sexual assault.

Today, Hayne sits in a tiny cell in the Cooma Correctional Centre in southern NSW.

His cell is just a few metres wide and houses a bunk bed, toilet and desk.

The 33-year-old was sent to Parklea prison, in western Sydney, after he was sentenced to five years and nine months jail, with a non-parole period of three years and eight months.

It was there that he was pelted with fruit by other inmates before being moved to Cooma.

Hayne has spent nearly eight months in prison after a jury found him guilty of performing oral and digital sex on the woman without her consent.

The jury accepted the woman's version of events that she repeatedly said "no" and "no Jarryd".

She told the jury that in the weeks leading up to September 2018, she had exchanged sometimes explicit social media messages with the footballing star.

"I'm not going to lie… I imagined what it would be like to be f***ing you when you started talking," she told him. 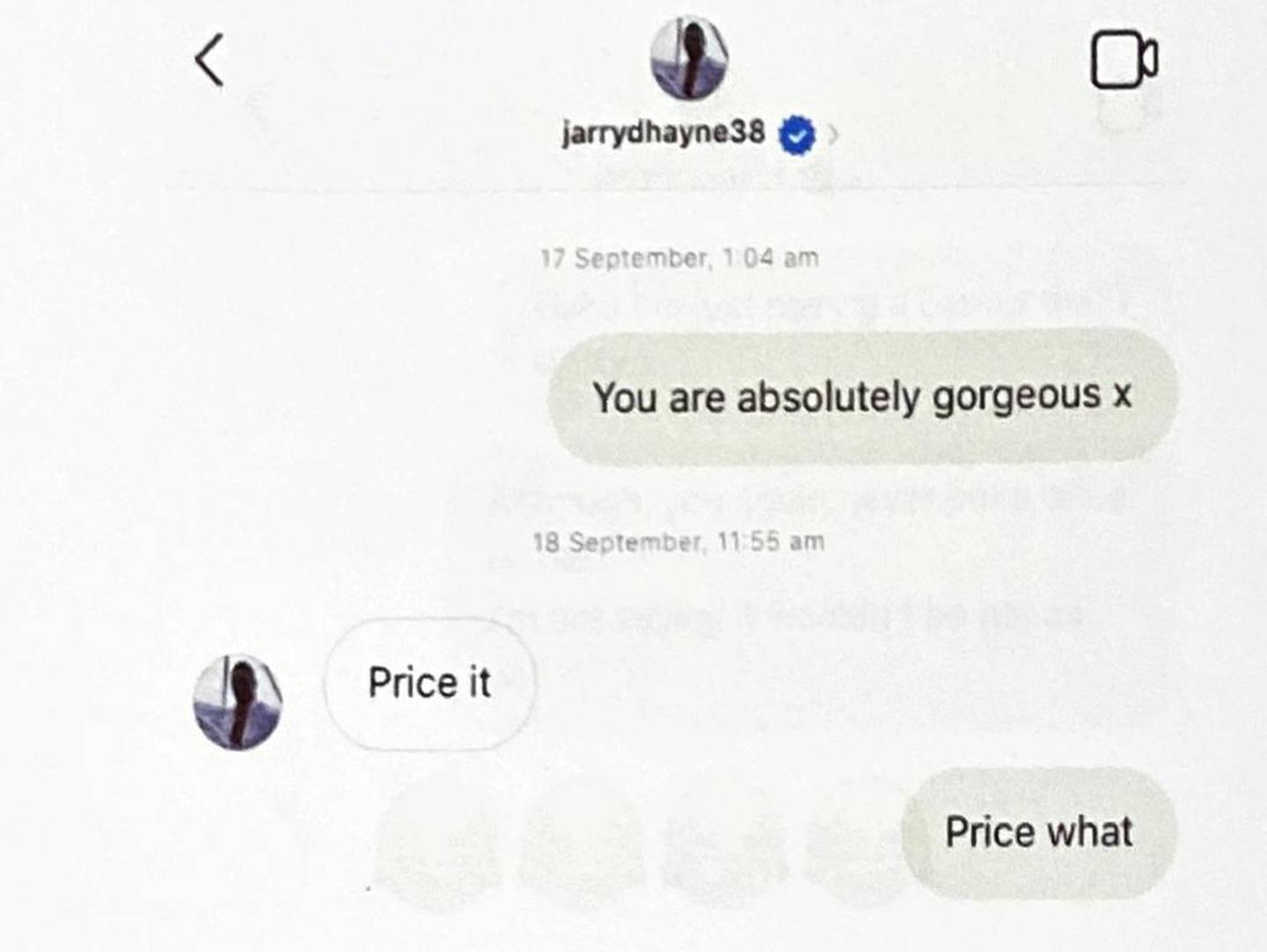 Instagram messages between Jarryd Hayne and the woman he was convicted of sexually assaulting. Photo / Supplied

Their social media messages were sexually explicit but she said she never consented to any sexual acts with the former footballer. Photo / Supplied

She says that on the night when they finally met up at her home, which she shared with her mother, she did not consent to any sexual contact with Hayne because of the presence of a cab outside.

Hayne was in town for a two-day buck's party for a former teammate when he agreed to stop by the woman's home on the way back to Sydney.

He drank a Vodka cruiser on the cab ride over to her house and on the way in, plonked his empty bottle on the letterbox.

Once inside her room, in an attempt to break the ice, he had told her, "Let's do singalongs" as he commandeered her laptop, opened up YouTube and put on an Ed Sheeran's cover of Wonderwall.

During her testimony, the woman said she was thinking "this was really weird".

They were interrupted after she heard beeping outside and looked out onto her front lawn to see a taxi which was waiting to take Hayne back to Sydney for a sponsor's event.

Her description of that moment was central to the trial.

She said at that point her "heart dropped" because "I felt like he had only come there for one thing".

"I felt saddened because I felt like he must have only seen me in one type of way," she said.

"He thought he was only going to come in for 20 minutes and then leave."

Hayne went out to speak to the driver but returned, only after making a detour to the loungeroom to watch the closing stages of the Sydney Roosters' grand final win with the woman's mother.

"Go the Roosters" and "I'm jealous," Hayne exclaimed as he came back to her bedroom. 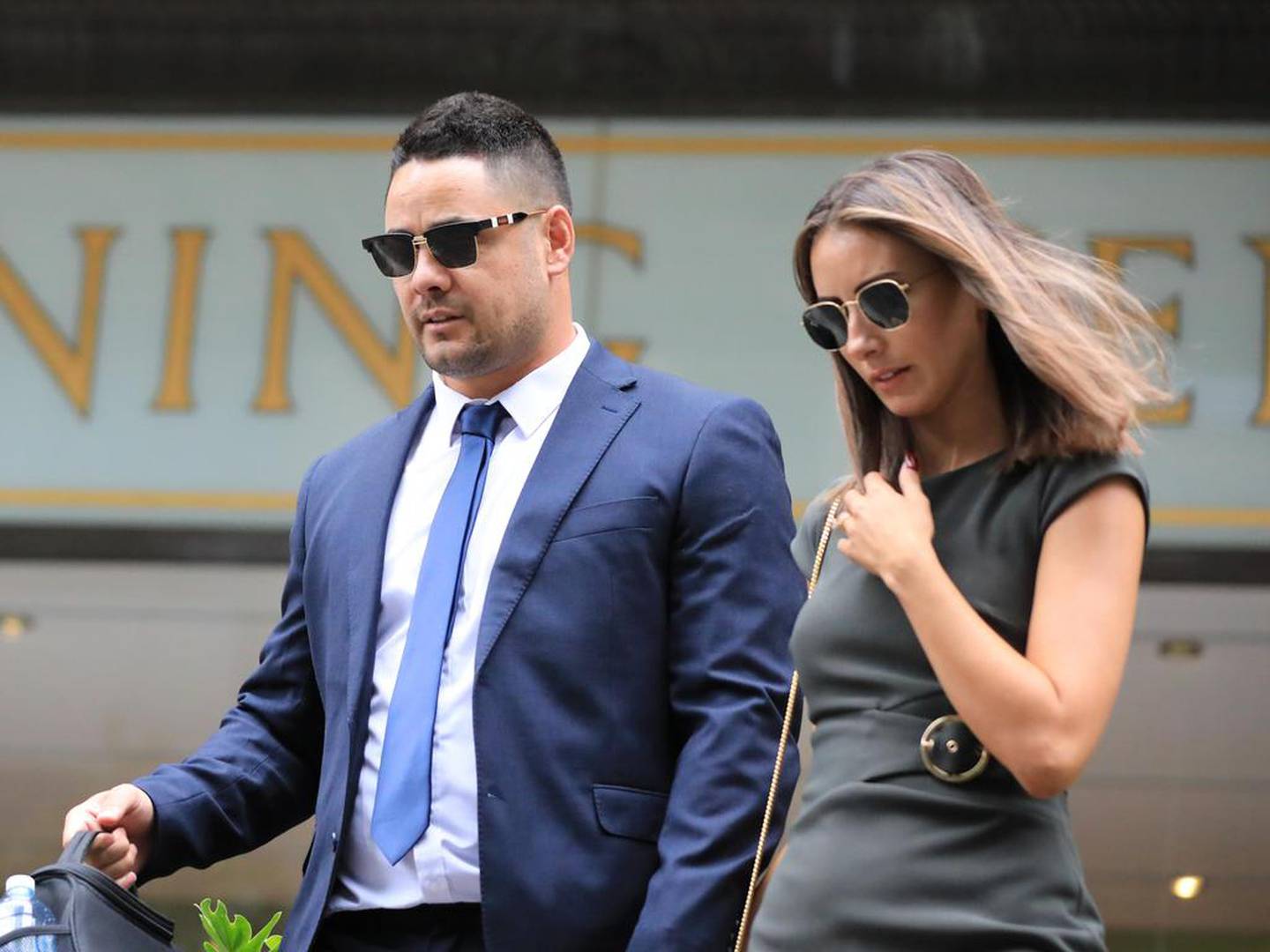 During the trial he explained that he had earlier had an opportunity to sign with the Roosters and was consumed by thoughts of what could have been.

She said that at this point he attempted to kiss her, while he testified that she kissed him back.

She told the court that he forced her jeans off, despite her efforts to pull them up, saying "no" and "stop".

According to Hayne's version of events, the woman took off her own pants.

Hayne performed oral and digital sex on the woman however stopped when he noticed blood.

He had caused two lacerations to her genitalia - he maintains that the injuries were an accident and that he had immediately apologised.

The woman got in the shower and told the court that she was in considerable pain.

After washing himself in the ensuite bathroom, Hayne promptly left. 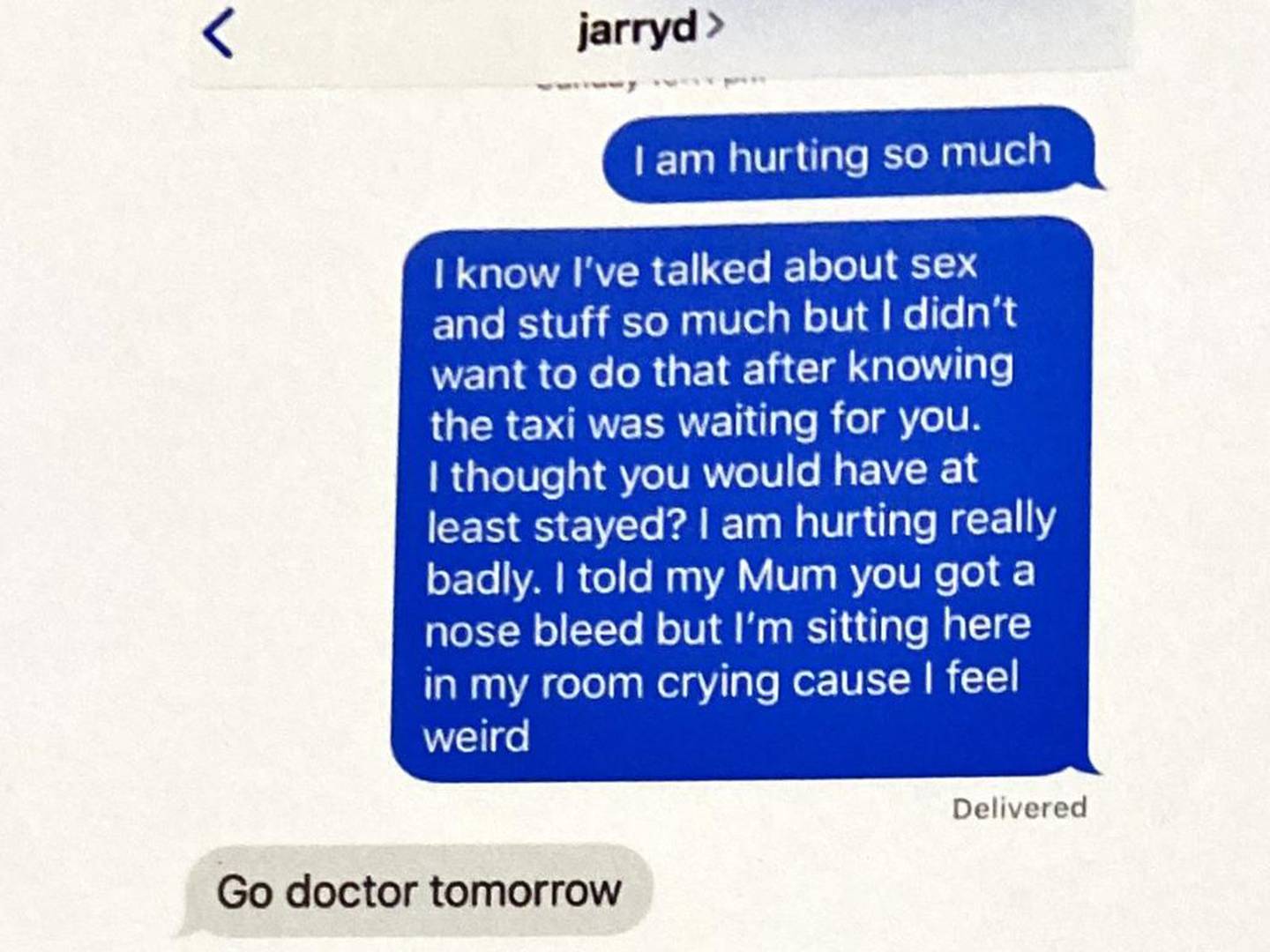 A text exchange between Jarryd Hayne and his victim after the assault at her Newcastle home. Photo / Supplied

She said she felt shocked and confused by his sudden exit and was hurting from her injuries.

"I know I've talked about sex and stuff so much but I didn't want to do that after knowing the taxi was waiting for you," she told him in a text.

"I thought you would have at least stayed. I am hurting really badly. I told my mum you got a nose bleed but I'm sitting here in my room crying because I feel weird."

She sat on her bed, texting a friend: "He started being really pushy like he wanted to have sex and I kept saying no."

"He ended up getting his hand down there and taking my pants off."

And Hayne's freedom may hinge on that message.

Tim Game argued before the Court of Appeal that her words in that text do not accord with her evidence that she repeatedly said "no" and "stop".

"We say putting his hands down there is quite different to the account she gave that in a single movement he ripped her pants off," Mr Game said.

Game also pointed to the directions which Judge Syme gave to the jury when instructing them on the legal principles which they would decide upon.

According to Hayne's barrister, she used words like "might" and "may" when she should have used "beyond a reasonable doubt".

He would go on to describe the directions as "flawed in almost every possible way".

Though crown prosecutor Brett Hatfield submitted that while the wording could have been better, "perfection is not required" and they did not constitute grounds for a retrial.

The three justices hearing the appeal reserved their judgment which will be handed down at some point in 2022.

SEXUAL HARM – DO YOU NEED HELP?