The Māori All Blacks will take on Ireland for the first time in 12 years in July with a fresh-faced look, after coach Clayton McMillan named 11 new caps in his squad on Wednesday.

One of the most prominent of those new players is 78-capped All Black TJ Perenara who joins Brad Weber and Tyrel Lomax as the highlights of a squad dominated by players from North Island Super Rugby franchises.

Just six players from the 28-man squad play for either the Crusaders or Highlanders. Instead, McMillan - along with co-coaches Roger Randle and Chris Gibbes - has selected a squad largely made up of players they know intimately via their work with the Chiefs and Hurricanes; with 17 players in the squad coming from those two franchises.

"We are lucky to have three experienced All Blacks in the squad in TJ Perenara (Ngāti Rangitihi), Brad Weber (Ngāti Porou) and Tyrel Lomax (Muaupoko/Ngāi Tūhoe), I'm looking forward to the passion and knowledge they will bring," McMillan said in a statement.

"This is also a great opportunity for our 11 new caps, there is immense pride in pulling on the Māori All Blacks jersey and with that representing their heritage, their whānau, and their country." 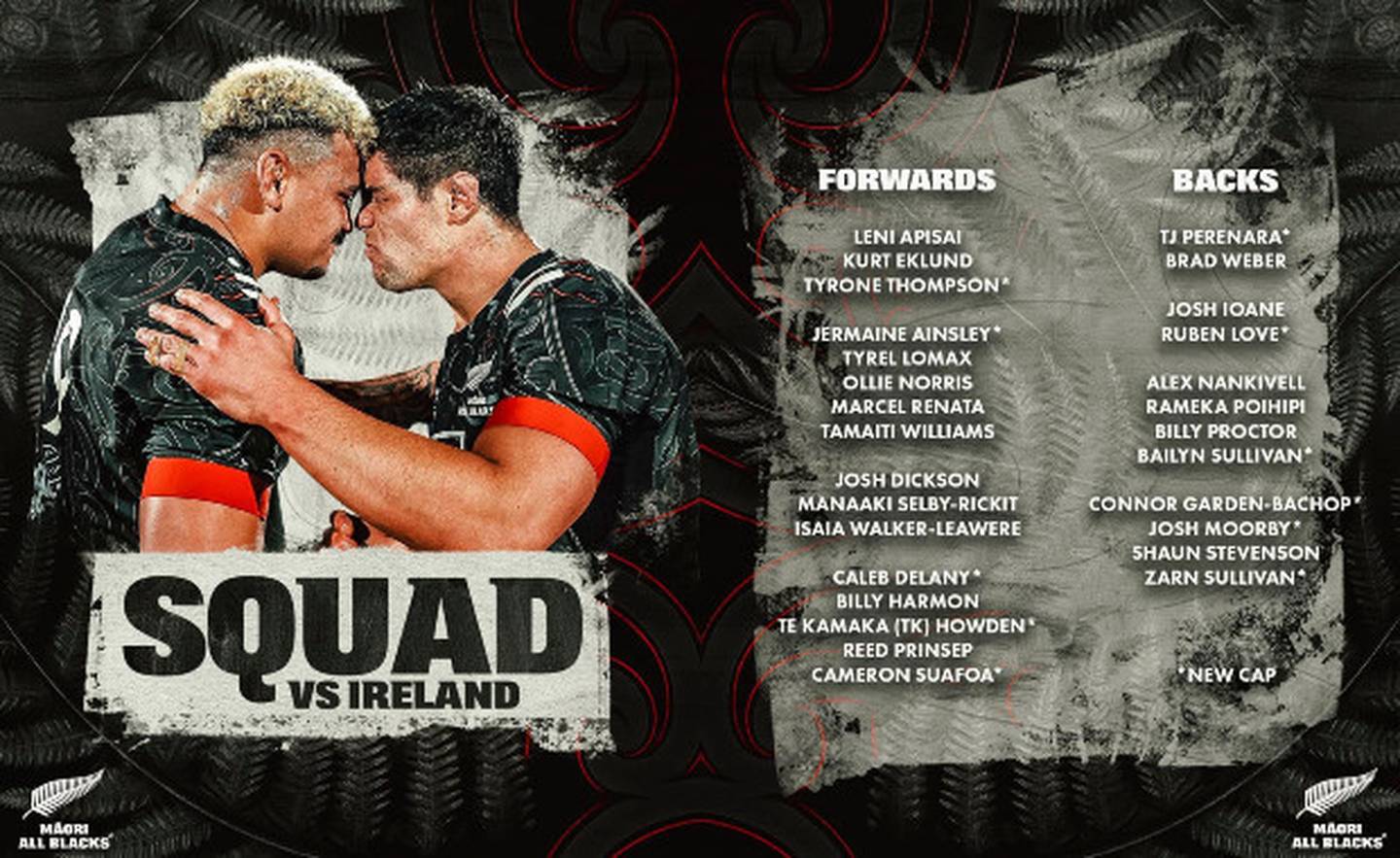 The last time the Māori All Blacks faced Ireland was in 2010 at Rotorua International Stadium where the side won a thrilling match 31-28. McMillan expects his squad to face a similarly tough challenge in the two-match series, taking place in Hamilton on June 29 and Wellington on July 12.

"We are expecting a fierce challenge from Ireland, to be playing a tier one nation at home in Aotearoa has been long awaited.

"These two fixtures against Ireland will allow players to showcase what they have and put their best foot forward on an international stage. The presence of two former Māori All Blacks in the Ireland side, Jamison Gibson-Park (Ngāti Porou/Ngāi Tai) and James Lowe (Ngāpuhi/Ngāi Te Rangi) adds to the special nature of this match."

McMillan, Randle and Gibbes are expected to announce a captain for the team in the coming weeks with Perenara and Weber likely front-runners for the role.