NBA champion JR Smith has become the latest high-profile figure to be caught up in the deadly riots in the US, with a disturbing video surfacing of the former Cleveland Cavaliers guard assaulting a man on a Los Angeles street.

In the cellphone footage obtained by TMZ, Smith can be seen repeatedly kicking a man on the ground. He also punches the man in the face as he gets up and runs away.

Smith took to Instagram shortly after the incident, claiming the man he had assaulted in the video had earlier broken his vehicle's window during violent protests in his neighbourhood.

According to Smith the incident was not racially motivated.

Smith, 34, who won the NBA Championship with the Cavaliers in 2016, is currently a free agent after last playing for the Cavs in 2018-19 season. 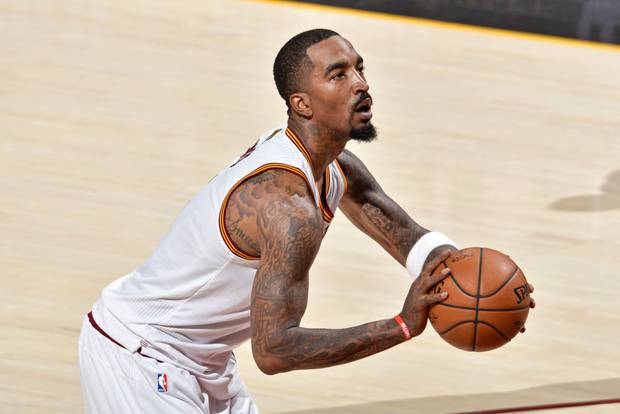 JR Smith won an NBA Championship with the Cleveland Cavaliers. (Photo / Getty)
Unrest has erupted in at least 30 US cities over the past four days following the death of unarmed black man George Floyd at the hands of police.

At least three people have been shot, with one person killed, and hundreds have been arrested as violent protests spread across the country.

Floyd died last week in the south Minneapolis neighbourhood of Powderhorn when a white police officer pressed his knee onto his neck as the 46-year-old complained he couldn't breathe.