Respected boxing writer Dan Rafael tweeted on Friday afternoon that Parker, along with his trainer Andy Lee, are amongst those to have tested positive for the virus. Parker had been in Las Vegas training at Fury's camp.

Now, the heavyweight boxing world title fight between Tyson Fury and Deontay Wilder scheduled for later this month is in doubt after Rafael also reported that Fury had also tested positive for Covid-19.

On Friday morning, Fury's promoters Top Rank played down reports that the WBC heavyweight champion's trilogy fight with Deontay Wilder - set for July 25 - is in jeopardy and could be postponed until September due to the outbreak.

However, Rafael believes the fight has already been postponed.

"Per source, Tyson Fury was one of the people in his camp who tested positive for Covid-19 and the fight with Wilder is postponed," Rafael posted on his Twitter account.

"New date TBA. I've been told Fury got one vaccine dose but never got the 2nd. At least 3 others in camp also positive."

Tellingly, rival promoter Eddie Hearn tweeted soon after Rafael to say that he had spoken to fellow British fighter Dillian Whyte about stepping in as a replacement for Fury against Wilder.

Neither Fury, Wilder or their respective promoters have released statements regarding a possible postponement of the fight with Top Rank holding on to hope of the fight still taking place in comments made as recently as Friday morning.

"We continue to monitor the health status of Tyson and his team and the status of the event has not changed to date," Top Rank said.

A representative from Top Rank explained that more would be known "in the next day or two" as they look into the health status of Fury and his team.

Per source: Others to test positive for Covid in the Fury camp are assistant trainer Andy Lee, featherweight Isaac Lowe and former heavyweight titlist Joseph Parker, who is trained by Lee and had been with him in the camp. #FuryWilder #boxing

Wilder and his team, meanwhile, are continuing to prepare for the July fight with with Wilder's co-manager Shelly Finkel telling World Boxing News that they had received no notification of the fight being postponed. "Not as far as we know," said Finkel.

An outbreak of Covid-19 inside Fury's camp or at the Top Rank Gym in Las Vegas currently being used by the boxer, however, is likely to cause the bout to be delayed. 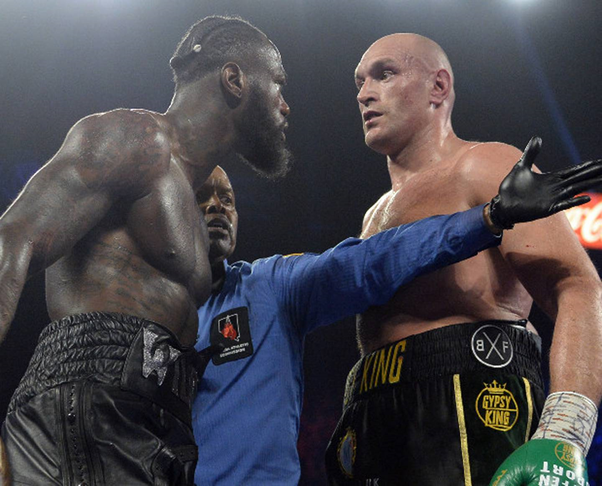 Deontay Wilder (L) and Tyson Fury are scheduled for their third fight in three years in late July. Photo / Photosport

Fury is facing Wilder due to the US fighter's victory in an arbitration case. That forced the British boxer to back out of an undisputed heavyweight title fight with Anthony Joshua, which had been scheduled to take place in August in Saudi Arabia. A retired judge Daniel Weinstein, ruled that Wilder had a contractual right to a third contest with Fury.

Wilder and Fury first fought in Los Angeles in December 2018, in a dramatic 12-round contest which ended in a controversial split draw, with Fury rising from the canvas after being felled in the final round.

In their second meeting in Las Vegas in February, 2020, Fury dominated Wilder, dropping him twice in the third and fifth rounds, with the fight stopped in the seventh round when the towel came in from the former champion's corner. Neither Fury, who claimed the WBC title in the fight, nor Wilder, have fought in the interim.