Another silent, slow-burning earthquake is unfolding beneath New Zealand – and it could keep rolling on for months to come.

Over the past two decades, scientists have come to understand "slow-slip" earthquakes as a common and important feature of the Hikurangi Subduction Zone – the enormous plate boundary that New Zealand straddles.

Lasting from days to years, slow slip quakes can produce up to tens of centimetres of displacement along faults – all without being felt, and sometimes without seismologists even realising it.

Two have already occurred this year: one that caused a flurry of small quakes as it played out over a fortnight near Pōrangahau in May, and another near Gisborne a month later, that was linked to a 4.2 shake in the area.

Now scientists are watching a third event – this time on the other side of the North Island. This model shows the amount of movement on the Hikurangi Subduction Zone since mid-September this year, in centimetres. The arrows show displacement of GeoNet continuous GPS sites used to detect the slow-motion earthquake. Image / GeoNet

That involved part of the subducting Pacific plate, 30km to 50km beneath Kāpiti, which had begun moving slowly again after five years of being "stuck" to the overlying Australian plate.

"We frequently have slow-slip events on the shallower part of the subduction zone off the east coast, but this time, it's the deeper part under Kāpiti that is slowly slipping," said Dr Laura Wallace, a geodetic scientist at GNS Science.

The event began in mid-September under the Kāpiti-Horowhenua area, and was expected to continue for several more months, as had been the pattern in this region in the past.

"We have recorded about six centimetres of movement on the plate boundary so far." "We see shorter events more frequently offshore the east coast, but these Kāpiti events typically only happen every five years or so and tend to last about a year," she said.

"The last time a slow-slip event occurred in this area was after the 2016 Kaikōura earthquake."

She explained the southern portion of the Hikurangi subduction zone was usually locked in place.

"This is the region below Wellington and Wairarapa, and is due to friction along the subduction plate boundary that keeps the plates from slipping past each other steadily," she said.

"Beneath the Wellington and Wairarapa regions, the plates have been locked together for a very long time — probably hundreds of years.

"The stress that is building up between the locked plates will eventually be relieved by a large earthquake sometime in the future."

Deeper down on the plate boundary, beneath Kāpiti and Marlborough, the plates only locked together temporarily for a few years at a time, and then slipped during slow-slip events such as the one occurring now.

"Slow-slip events can involve the same amount of movement on the plate boundary as a magnitude 7 earthquake, only they occur so slowly that no one would know," Wallace said.

"They can also produce some local felt earthquakes, although we haven't observed any noticeable ones yet that we'd associate with this event."

The only way to measure and record slow-slip events was by looking at GPS data to see how the land was moving.

"These are the one type of earthquake you can't measure with a seismometer."

The Hikurangi Subduction Zone – presenting one of New Zealand's largest geological hazards – was ideal for studying slow-slip quakes, because they occurred shallow enough to be imaged at high resolution using seismic techniques. 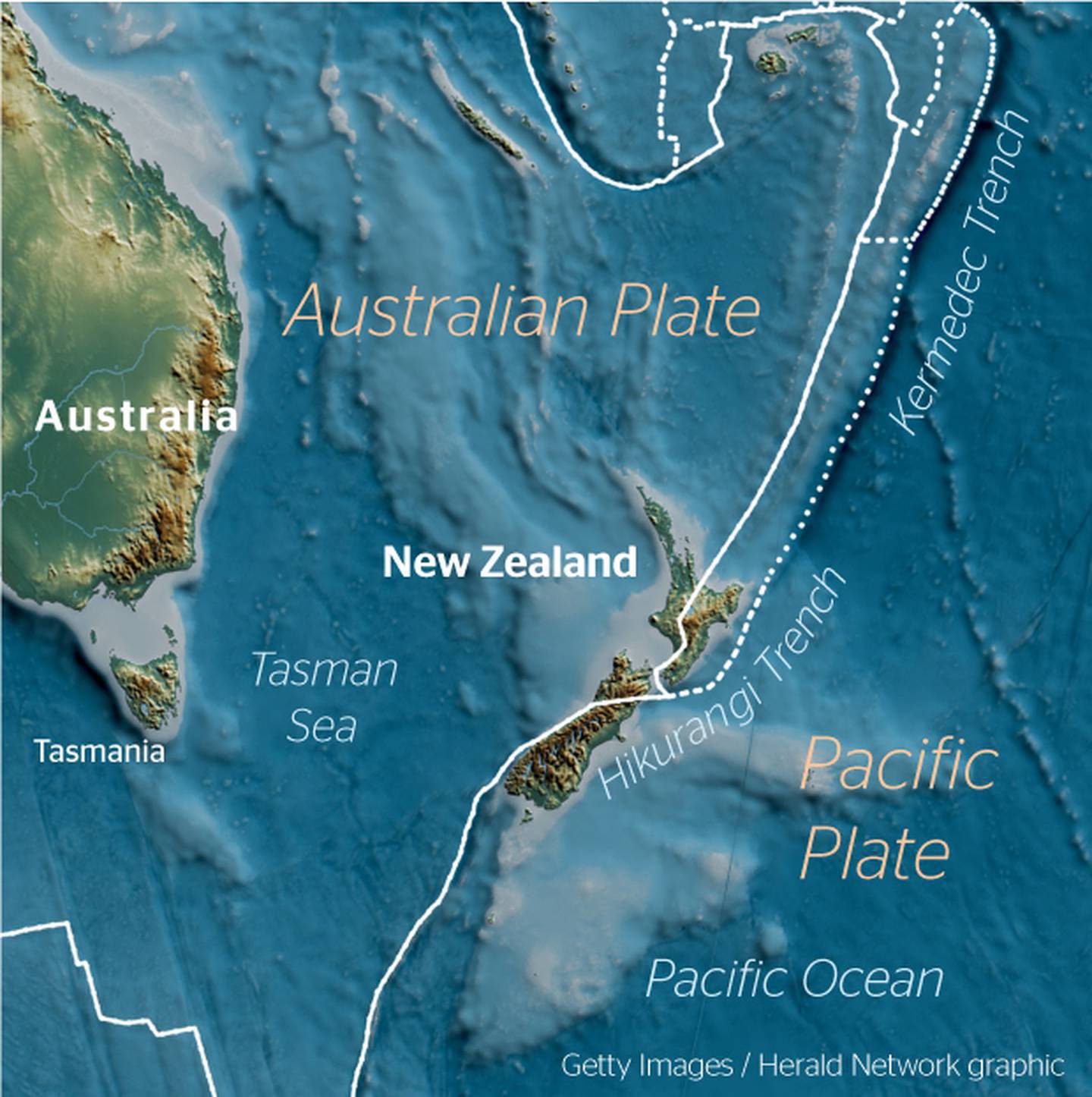 As there's been increasing evidence to suggest such movements can shift stress within the Earth's crust and in very rare cases trigger large earthquakes, scientists have been watching slow earthquakes around the world all the more closely.

Wallace and other scientists believed that solving the mystery of slow-slip events would help us to better understand the potential of the Hikurangi subduction zone to produce major earthquakes.

They've have preceded some of the most devastating quakes recorded - including the 9.1 Tohuku earthquake in 2011, the 8.1 Iquique earthquake in Chile in 2014, and a 7.2 shake off the coast of Mexico the same year.

This year, researchers reported how the slowest earthquake ever recorded - lasting 32 years - eventually led to the catastrophic 1861 Sumatra earthquake in Indonesia.

Yet, because of their regular frequency in New Zealand, scientists now know the events to be part of normal behaviour in our subduction zone – and recording one didn't mean a major rupture was on the way.

Intriguingly, scientists have also speculated that slow-slip quakes may be able to influence volcanic activity in the central North Island – and a new study is underway to find out just how.