Two Navy ships will leave New Zealand today to meet an unknown challenge in Tonga after a massive volcanic eruption.

And the extent of damage across the country is still not fully understood, Government ministers said this afternoon.

"However, images show ashfall on the Nuku'alofa airport runway that must be cleared before a C-130 Hercules flight with humanitarian assistance can land," Mahuta added.

"Communication issues caused by the eruption have made this disaster response particularly challenging," she said. 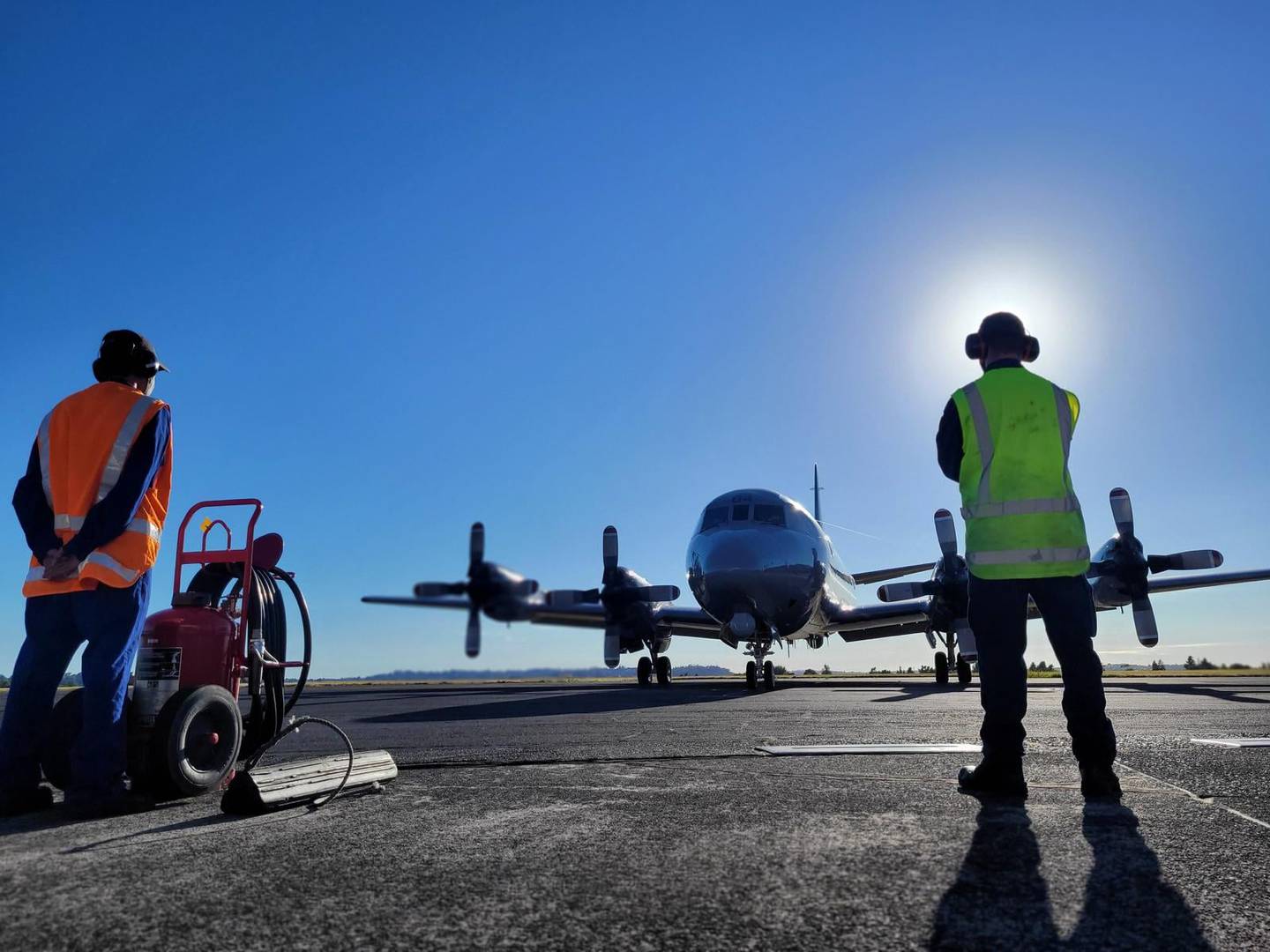 An Air Force Orion on the tarmac at Whenuapai Airport yesterday. Photo / Supplied

"The delays mean we have taken the decision for both HMNZS Wellington and HMNZS Aotearoa to sail, so they can respond quickly if called upon by the Tongan Government."

HMNZS Aotearoa can carry 250,000 litres, and produce 70,000 litres per day through a desalination plant, he said.

A C-130 Hercules aircraft is on standby to deliver humanitarian aid and disaster relief stores, including collapsible water containers, generators and hygiene kits.

But the airport runway will have to be cleared first.

As the days go by with little or no contact, a local Tongan community leader says help is needed now.

Tongan Advisory Council chair Melino Maka heard there were three casualties in the country, but that information was unconfirmed.

"Looking at the scale, some of the images, we're just crossing our fingers and praying that the casualties are not going to be really devastating," he said today.

"The dust is quite thick in some areas and also I saw video of a family ... they were climbing on the roof of the house to save themselves."

He said satellite phones were the only way to contact people in Tonga but not many people in the country had those phones.

"It's frustrating because you'd think the Government of Tonga would be sending out some official statement."

Maka said he was working with Sir Michael Jones due to the former rugby star's links to shipping businesses.

Maka said he hoped local donors could supply water, non-perishable food and useful tools and implements as soon as possible.

"These things will assist our community to rebuild their lives."

He said footage appeared to show major disruption on the island of 'Eua, southeast of the kingdom's main island of Tongatapu.

"I saw some footage that the waves picked up some of the four-wheel-drives."

It was unknown how widely the archipelago was affected but Maka said based on the size of the eruption, the whole country was probably impacted.

He said there were no reported deaths in the Ha'apai island group, but the extent of damage was still not known.