The Green Party has scrapped its male co-leader requirement and added one to ensure Māori representation.

The party convened over the weekend for a special meeting where its members voted to implement the changes to its constitution immediately.

The two co-leaders now need to constitute one woman, and one person of any gender (providing leadership pathways for non-binary and intersex). One co-leader also needs to be Māori.

Party co-convenor Penny Leach said the new constitution would set them up for "another three decades of success by strengthening our commitment to te Tiriti o Waitangi and our inclusion of everyone".

The party has been a pioneer in New Zealand politics with its leadership structures.

The former male and female co-leader requirements began with Jeanette Fitzsimons and Rod Donald in 1995, followed by variations including Metiria Turei and Russell Norman, and now Marama Davidson and James Shaw.

The only other party in Parliament to have co-leaders is Te Pāti Māori, which requires one tāne and one wāhine. The party constitution does not specify if any are required to be Māori. 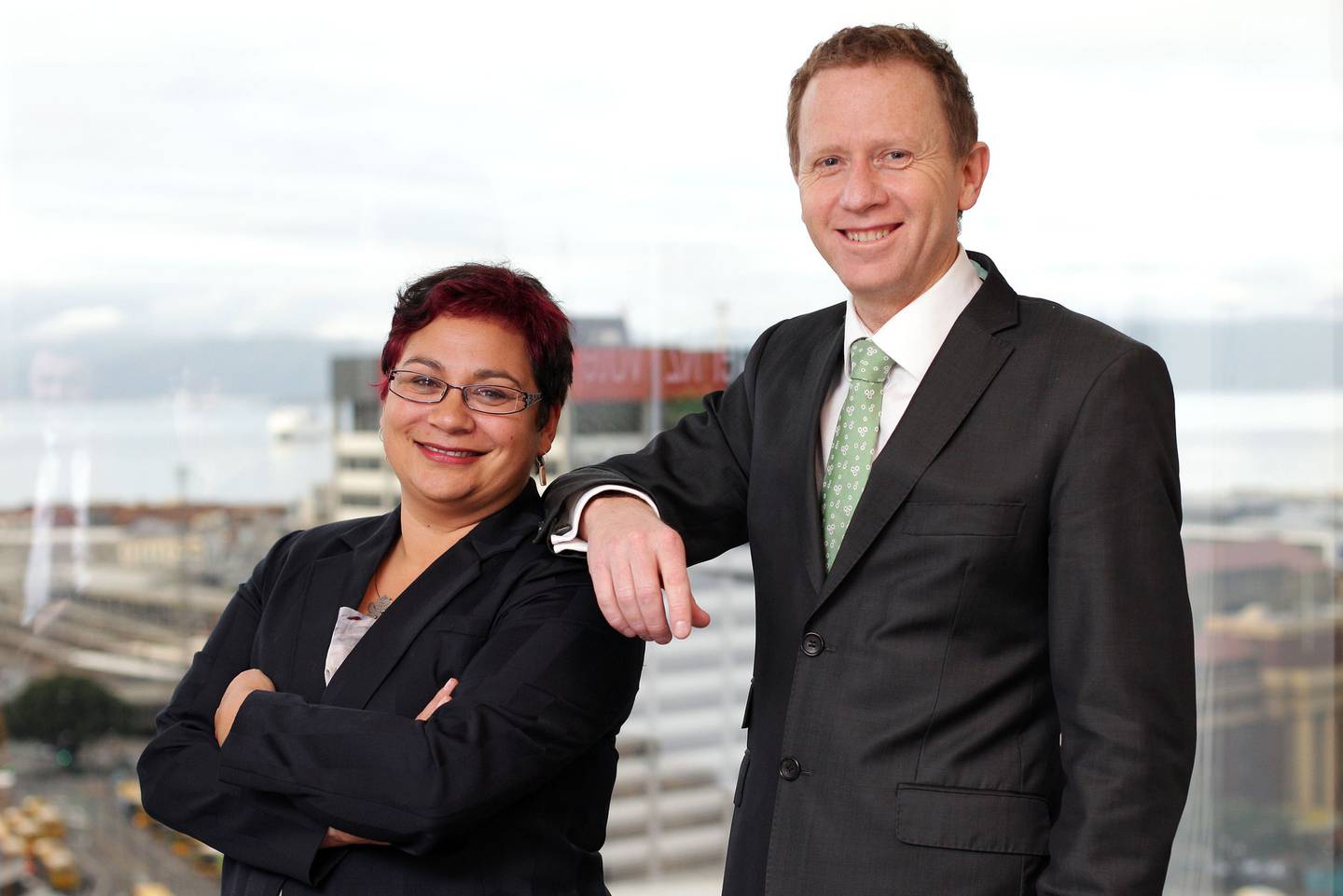 Despite not previously having the requirement, honouring te Tiriti o Waitangi had long been in the Green Party charter and there had been a Māori co-leader for almost 15 years, through Turei and Davidson.

"Enshrining that in our constitution is an important step on the journey to restore the mana of te Tiriti in Aotearoa," Leach said.

Both Shaw and Swarbrick have dismissed this speculation.

The party's co-leaders must be re-elected at the annual meeting. Any member can be nominated to challenge a sitting co-leader, in advance of the meeting. Other changes to the constitution included adopting a te ao Māori organisational framework, and establishing a new kaunihera (council) and member assemblies to provide democratic input for internal decisions, while disestablishing the party's executive.

Leach said the changes put the party in a good space to continue its support, with it the only small party to increase its support after going into Government with a larger party.

The party had also formally recognised the work of Green members on local councils, with local government elections this year.

"Our Green local government representatives are already making huge changes in their communities and our new constitution empowers them within the party's internal structure."