The Government has unveiled its next three-year transport plan, totalling $24.3 billion of investment shared between central government and councils.

But there's a looming $685 million question hovering over that plan - what to do with the walking and cycling bridge over Auckland's Waitematā Harbour.

It is not included in Auckland's transport investment package for the next three years, despite it being previously suggested construction could start as early as 2022.

But that does not mean nothing is happening - the Government has reserved the right to make changes to the three-year package, including possible options for the cycle bridge, which are likely to be announced shortly.

The plan announced on Tuesday comes after nearly a year of Waka Kotahi poring over the Government's transport goals, which were announced in draft form on the eve of the first Covid lockdown.

The centrepiece of the plan is a $2 billion Crown loan, which will help councils plug holes in their transport plans.

The 2021-24 National Land Transport Plan outlines where the roughly $4 billion a year collected from fuel taxes and road user charges will be spent.

Local councils have dodged a bullet.

Earlier this year, councils expressed concerns that Waka Kotahi-NZ Transport Agency had effectively cut their funding by not delivering on expected co-investment. This would mean less money available for road maintenance and public transport, which are jointly funded by Waka Kotahi and councils

But central government has come to the rescue, announcing it would loan Waka Kotahi $2b to help plug the shortfall.

Transport Minister Michael Wood said the Government had "listened to the concerns of local government and communities and we have stepped in to provide $2 billion of financing to boost road maintenance and public transport".

Waka Kotahi chief executive Nicole Rosie said there was still some shortfall between what councils' funding bids and what Waka Kotahi was willing to fund.

"As with every other previous NLTP there has been significant and large council bids and we have never fully funded those council bids," Rosie said.

But she said the Government's cash injection would bring Waka Kotahi's co-funding closer to what councils have experienced in recent years.

"What the $2b does is to fund those bids broadly in line with previous years.

"The approach this year has been entirely consistent with previous years."

Auckland will receive $7.3b over the next three years, which will fund improvements to the Northern Corridor, which will provide new public transport and walking and cycling options, and the Puhoi to Warkworth Motorway extension to strengthen inter-regional freight links. 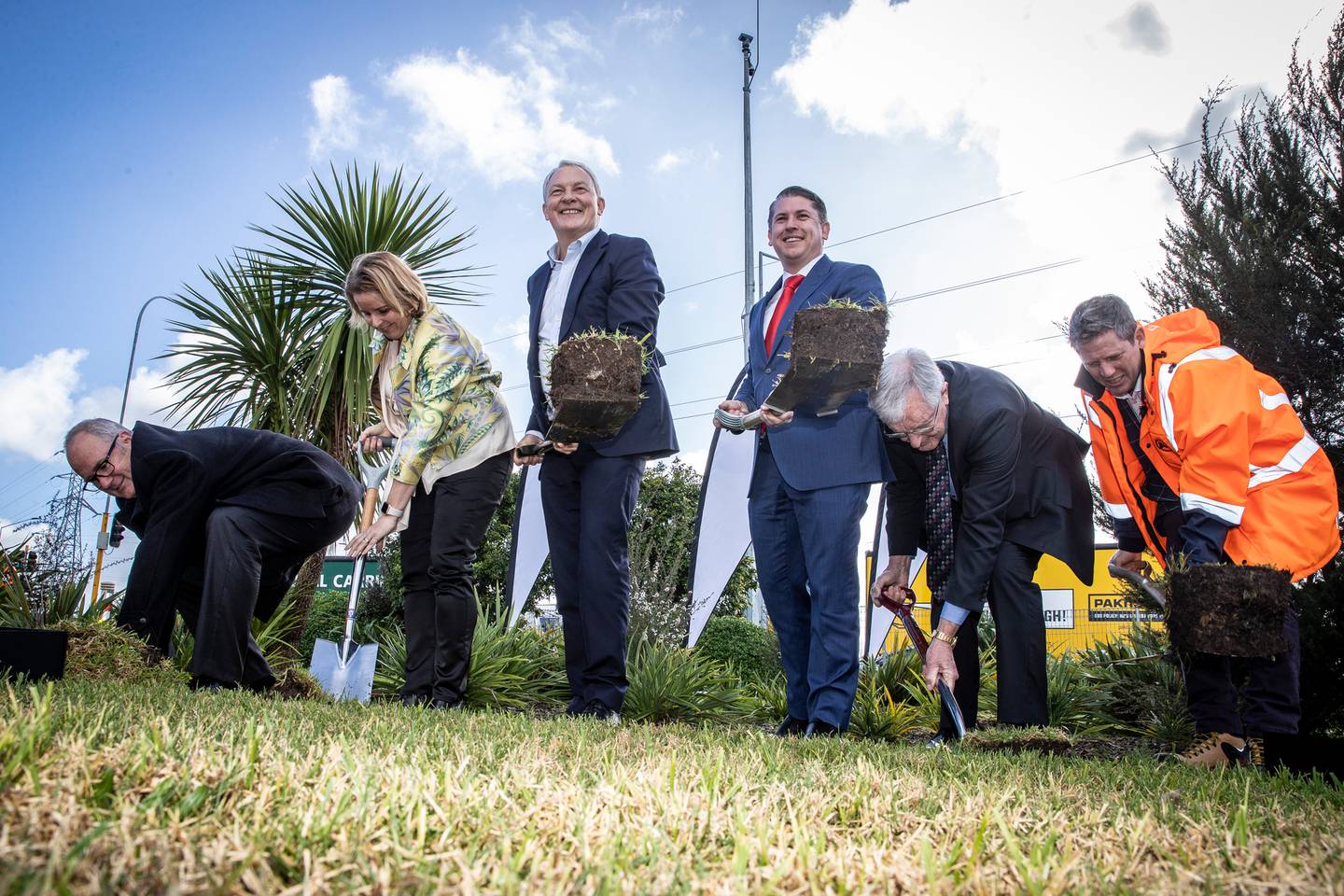 Wellington gets $3.1b of investment, while Canterbury gets $1.2b.

Overall, the plan continues a shift seen under this Government to use the transport system to achieve climate change goals.

"We know we have to keep driving down emissions and congestion by giving Kiwis more transport choices. This NLTP [National Land Transport Plan] marks a step-change with nearly $6 billion being invested in public transport and walking and cycling – a nearly 40 per cent increase compared to the previous three years," Wood said.

Transport is responsible for about a fifth of New Zealand's total greenhouse gas emissions.

This has caused some controversy as it has meant money raised from motorists through fuel taxes and road user charges is spent on things like public transport and rail - although public transport has, for a long time, been subsidised by fuel taxes.

Last term, the Government began subsidising the rail network using fuel taxes and road user charges. This trend is set to continue under this plan with $1.3b marked for rail and $30m for coastal shipping.

Supporters of this cross-subsidisation note that it takes freight off roads, easing congestion.

Waka Kotahi also suggested motorists could see another big change to the transport system, with the agency actively looking at new ways of funding its work.

The vast bulk of Waka Kotahi's funding comes from fuel taxes - followed by road user charges. As the Government attempts to get people out of fossil-fuel-using cars and into EVs, it's expected this revenue may decline.

The Ministry of Transport has been looking at ways of funding this expected shortfall, but so far that work has suggested any pivot away from fuel taxes would happen much later.

Chair Sir Brian Roche suggested on Tuesday the change could happen much sooner.

"The work has been undertaken by the Ministry of Transport over a number of years, what we have done is accelerate that work," Roche said.

Roche said the trends in transport revenue "were all going one way and we need to proactively address that".

Roche said that over the course of the next year, Treasury, Waka Kotahi and the Ministry of Transport would be providing advice to ministers about where that money could come from.

It would then be up to Cabinet to decide whether to ditch fuel taxes for another form of revenue.

National's new transport spokesman David Bennett was not keen on the plan saying it was "ideological".

"It shows a real strong ideological bent towards walking and cycling."

He said the Government should have upped investment in state highways instead of walking and cycling.

"There's nothing of any significance in there about new state highway projects that would deliver the economic potential going forward."