Tragedy was narrowly averted after police pulled a M4 rifle on a 13-year-old after the child aimed a toy gun at the officer and pulled the trigger.

The Police Association says it is lucky the incident didn't turn out worse, and reflects a growing number of complicated situations officers are being caught up in, as indicated by the Tactical Options Report for 2020.

But justice advocates say the rise in force being used and disproportionate impact on Māori shows police are not listening to communities.

On a per capita basis Māori were 7.1 times more likely than Pākehā to be on the receiving end of such force - including OC (pepper) spray, empty hand tactics, Taser and firearms – a rate that has stayed relatively steady the past few years, despite multiple strategies to turn it around.

The incident involving the 13-year-old was the youngest person to have police pull a firearm on them in 2020. Tactical use by district. Photo / Supplied

The situation arose after a member of the public reported a group of young males was pointing a pistol at people.

"The officer approached the subject while presenting an M4 rifle and told him to drop his gun; the subject continued holding the weapon directed towards the officer and pulled the trigger," the report says.

The child dropped the toy gun eventually and was referred to youth aid.

Constable Matthew Hunt was shot and killed in June last year during a routine traffic stop, which sparked a rethink of frontline safety and new tactical response team. Firearm use by police in 2020. Photo / Supplied

Police use of firearms has increased substantially, including 395 events in 2020 - up from 321 in 2018 - but with the same seven discharges in both years. There were five police shootings in 2020, including three fatal.

The report also includes three separate incidents where 16-year-olds were tasered by police. Two had been assaulting police, and the other was holding a knife to their wrist and threatening to kill themselves.

Mental health incidents continued to increase, with one in nine events requiring force involving mental health or attempted suicide - increase from one in 10 in 2019.

Males, people aged 17–40 years, and Māori were overrepresented in statistics.

The report authors suggested along with wider societal issues police communication strategies could be less successful with these groups.

The authors also called for police to further examine if any biases existed within police, and whether the belief people might be treated differently by police was also contributing to more violent interactions.

Spit hoods were used 360 times, almost double the 189 times in 2018, which authors noted could be due to Covid-19. On 19 occasions they were used after the person was exposed to pepper spray.

Police Association president Chris Cahill said "without a doubt" police had been busier than ever, and more incidents required force to intervene.

"The view of our members is it is getting more violent. They feel more threatened than ever, and the use of violence by officers while still low is increasing because of what they are being confronted with."

Cahill said ideally police would not be the first responders for a lot of mental health incidents, with police often only inflaming the situation.

"But unfortunately that is the current reality of our mental health crisis."

He called for an expansion of trials involving police working with mental health professionals, and better training. 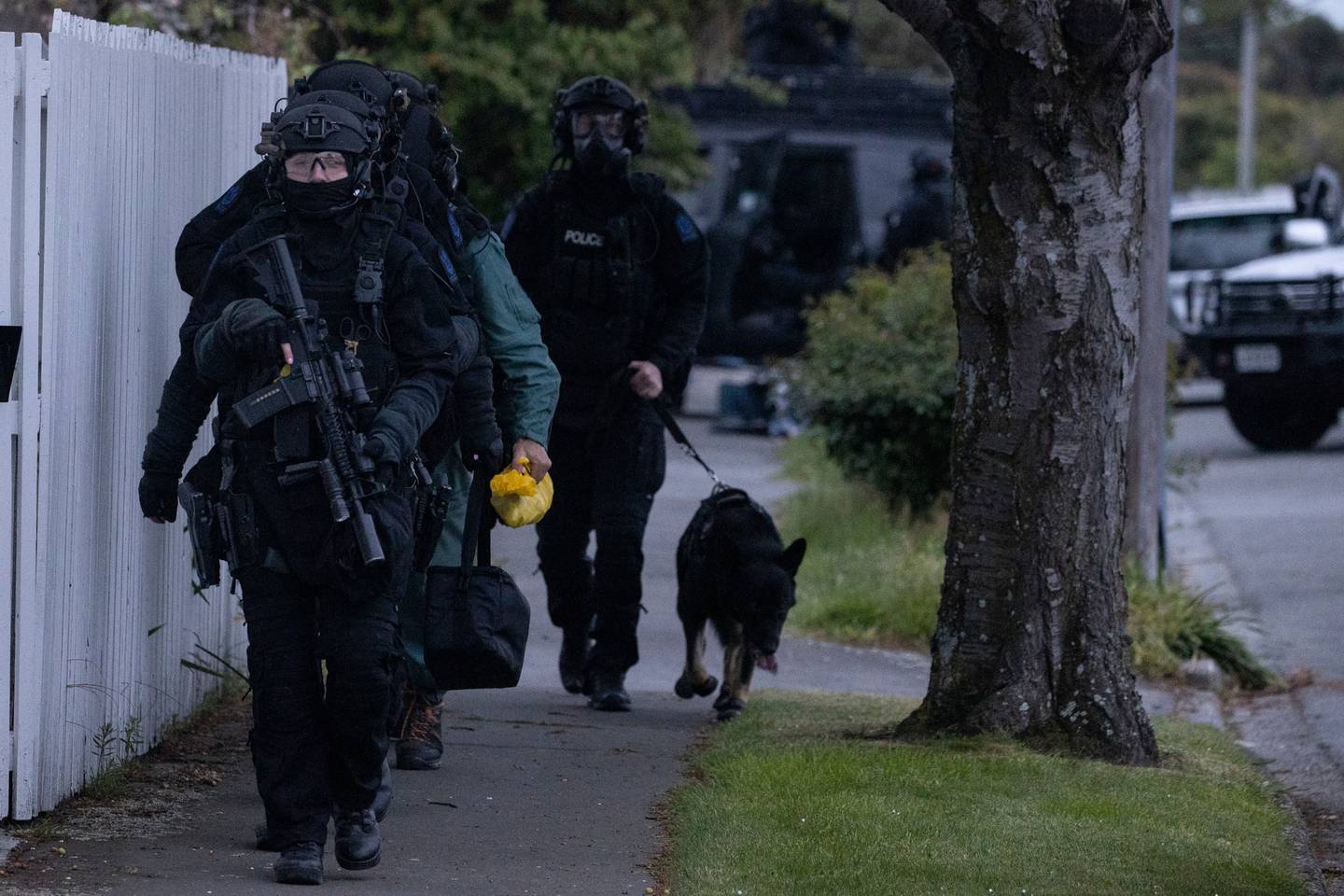 The Police Association says officers are having to attend increasing numbers of violent incidents where force is required. Photo / George Heard

On the incidents involving youth, Cahill said they were the tragic reality of what police had to deal with.

"It could have been a really tragic situation, for them and their family and the officer."

On the disproportionate amount of Māori and Pasifika affected, Cahill said it reflected wider issues in society and what police were being confronted with.

People Against Prisons Aotearoa spokeswoman Jean Su'a said the disproportionate impact on Māori showed police strategies to address it were not working.

Police launched the Turning of the Tide strategy in 2012 to slash stubbornly high Māori crime and road safety statistics by 2018.

But it met just two of seven targets, and over the six years Māori reoffending rates had actually increased, while for non-Māori they went down.

Their new strategy, Te Huringa o Te Tai, includes a goal of a 25 per cent reduction in Māori reoffending rates and an increase in trust and confidence to 90 per cent by 2025.

Su'a said the statistics appeared to be showing police going in the opposite direction.

"Police actions do not align. Communities opposed the tactical response units, they are not listening. They are seeking to address violent situations with a hammer, but they are more nuanced.

"And when police increase their firepower it means Māori are far more likely to face this force."

"There needs to be more investment in mental health and social services."

National Party police spokesman Mark Mitchell said officers were having to deal with the situations in front of them.

"We have a situation where we have more gang members than ever, a proliferation of firearms on the street and a higher propensity to use them."

On Māori impacts, Mitchell said that required a social investment model to deal with intergenerational issues.

"Right now police are the only agency dealing with a lot of these issues."

Police were approached for comment on Monday and had not responded by deadline on Tuesday.