Police have confirmed a 25-year-old woman died after going overboard from a charter boat and suffering fatal injuries on Auckland's Waitematā Harbour.

Investigators from Maritime NZ and police are today working together to understand the circumstances leading to the woman's death in the incident about 5.15pm yesterday.

The police today confirmed the woman was on board a Zefiro Charters Ltd boat at the time.

The chartered vessel was carrying about 30 passengers at the time of the tragedy. The boat left from the Auckland Viaduct yesterday afternoon. 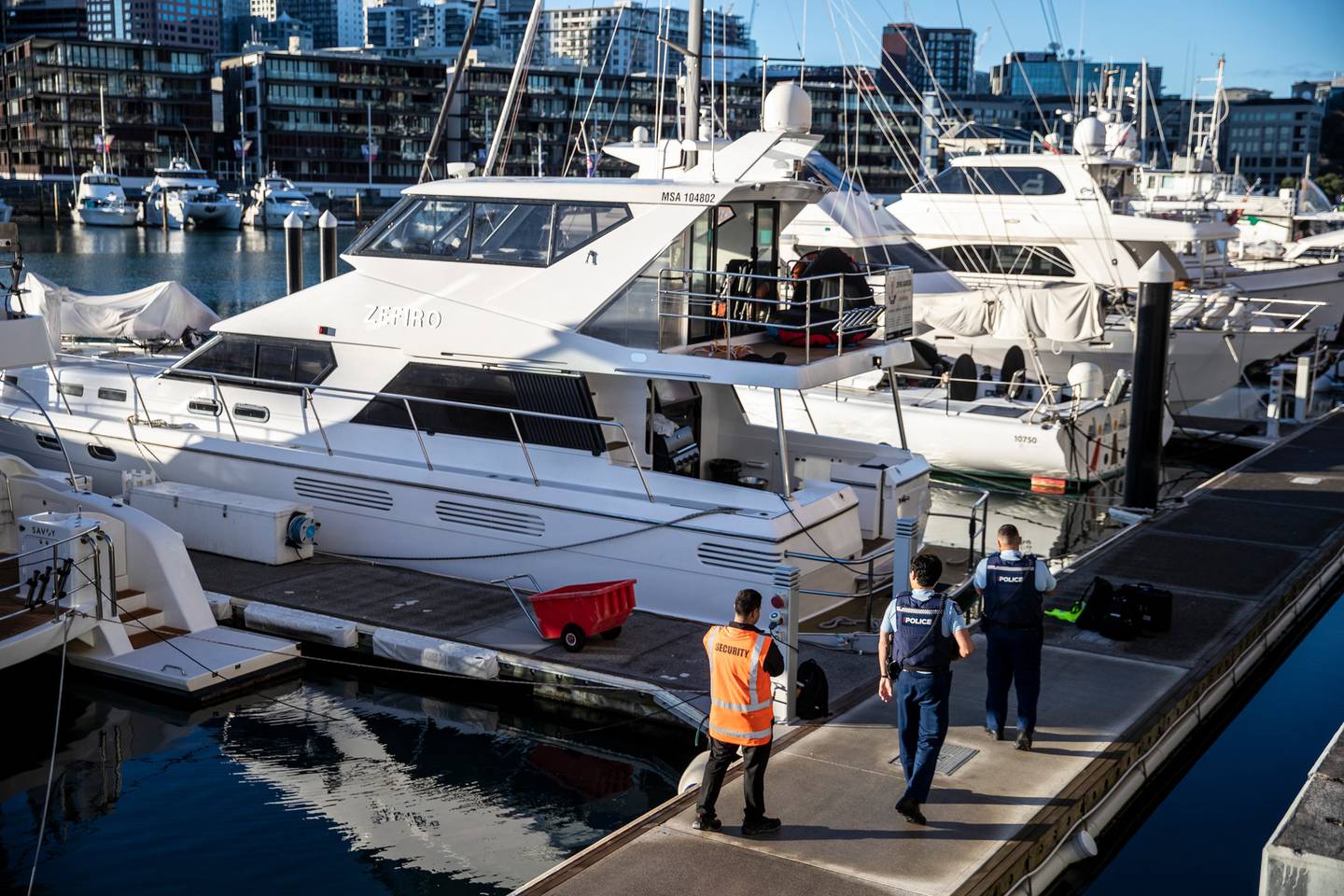 Police and maritime investigators at the Zefiro at Auckland's Viaduct Harbour this morning. Photo / Michael Craig

A Coastguard NZ spokesman said two people on the boat went overboard. They were quickly retrieved from the water.

Investigators were at the downtown viaduct this morning where there were few signs of the dramatic events that unfolded on the charter boat connected to the woman's death.

Police were standing guard near its stern while three people in high visibility uniforms stood on the dock near its bow with clipboards taking notes.

The yacht at the centre of the investigation is currently moored between other million dollar vessels. There is no one on board.

Police and Maritime NZ staff at the harbour today declined to comment when approached by the Herald. 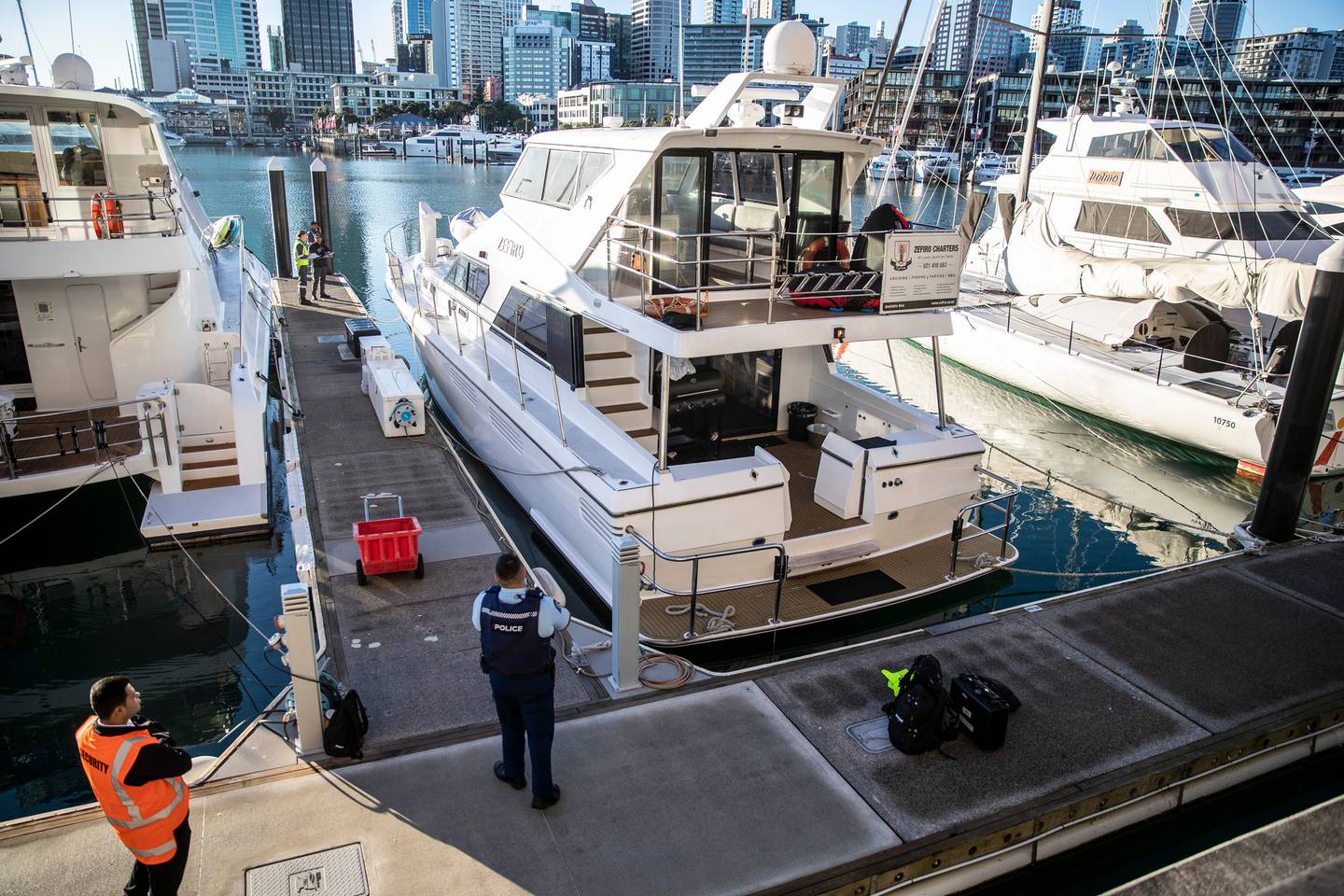 Police say the 25-year-old woman was on a Zefiro Charters Limited boat at the time of the incident. Photo / Michael Craig

Earlier a spokesperson said at this early stage police were not in a position to release further details. That included confirming the name of the boat at the centre of the investigation.

Inquiries into the incident were ongoing on behalf of the Coroner.

The charter boat company's owners could not be reached for comment.

At the time, the Coastguard North Shore vessel was sent to the incident while a second Coastguard vessel towed the charter vessel back up the harbour.

An intensive care paramedic and a doctor were winched from the Auckland Westpac Rescue Helicopter to a police boat before being taken to the charter vessel around 100m away.

Dramatic footage taken from the Westpac Rescue Helicopter shows the rescue operation unfolding high above the water in bleak conditions.

The paramedic and doctor are shown being winched with precision from the helicopter and guided onto the waiting Police launch Deodar before the pair are transported to the nearby charter vessel.

With lights flashing the Deodar is manoeuvred to the nearby charter vessel at the centre of the water emergency.

A second craft can be seen parked alongside the charter.

Last night, police said victim support was being put in place for the passengers on board the boat who witnessed the tragedy unfold.

It's also emerged a commuter ferry was one of the many vessels who responded to the all-vessel mayday issued by police soon after the incident.

"Fullers360 responded to an all-vessel mayday from police at approximately 5.15pm yesterday evening and attended the scene where a person had sadly been reported as going overboard a charter vessel," said Fullers360 general manager - marine operations Alistair Thomson.

"Fullers360 deployed person overboard recovery equipment in preparation for any request to assist and then accompanied the charter vessel to Mechanics Bay. Shortly after, we were released by police and resumed our services.

He extended the company's condolences to friends and loved ones.