Today 2000 New Zealanders would head off shore and 3000 would arrive in the country.

"That's really positive for us as we really want the inward flow to stimulate the economy."

Ardern expected family and friends would be the first to make the most of the new bubble rules but that tourism would follow after.

From July to September New Zealand was expecting an influx of Aussies arriving in the South Island for skiing and expected Australian tourism to back to 80 per cent by the beginning of 2022.

Ardern thanked kiwis for following the rules and making the "unique" arrangement between Australia and New Zealand possible.

While New Zealand was still focused in opening up quarantine travel to the Cook Islands in May, she said there were ways to mitigate and concerns New Zealand had if for example Australia opened up its bubble to Singapore. 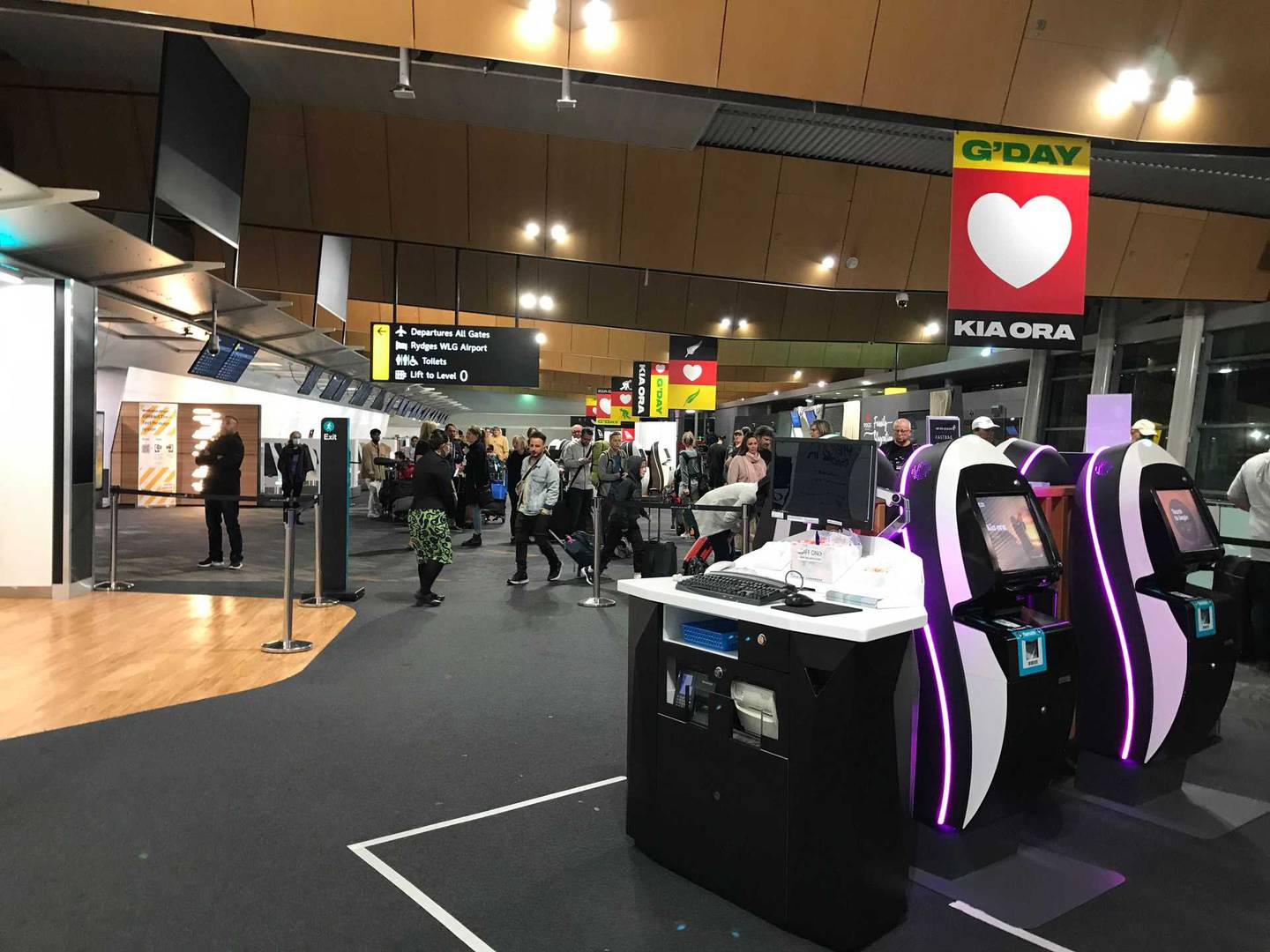 Passengers checking in at Wellington Airport for the first flights out on the reopened, quarantine-free, transtasman route. Photo / Sophie Trigger

A date for the Cook Islands travel bubble had yet to be set and the Cook Islands were currently setting up and training staff around its PCR testing as this was needed before it commenced, she said.

Ardern said Singapore and Fiji were also keen to join New Zealand's travel bubble, but New Zealand would be a "bit more cautious" before going to Singapore.

She told RNZ it was a big day for New Zealand, but warned there would be "ups and downs" in the travel free the quarantine-free arrangement.

If New Zealand was worried about Australia opening up to Singapore then it could require anyone who had travelled outside Australia to stay in Australia for a period of time before travelling to New Zealand.

"Our base line to get as many NZers vaccinated before opening up to high-risk countries."
While early research showed the chances of passing on Covid-19 once vaccinated was low, Ardern said there still needs to be more data to confirm that.

Ardern told the AM Show they would stop flights if they were concerned about a case not having an origin.

Ardern said she would love to sit in a terminal and watch the arrivals hall and see people be re-united. A flight from Australia was due to arrive in Auckland at 11am and another touches down in Wellington at 1pm.

She expected Australians would head over because New Zealand was a safe option and they had nowhere else to go.

She said beyond Cook Islands, Niue and possibly Fiji there were no plans for New Zealand to open up its borders to anywhere else.

New Zealand made its own decisions and would not necessarily open up to the same places as Australia. 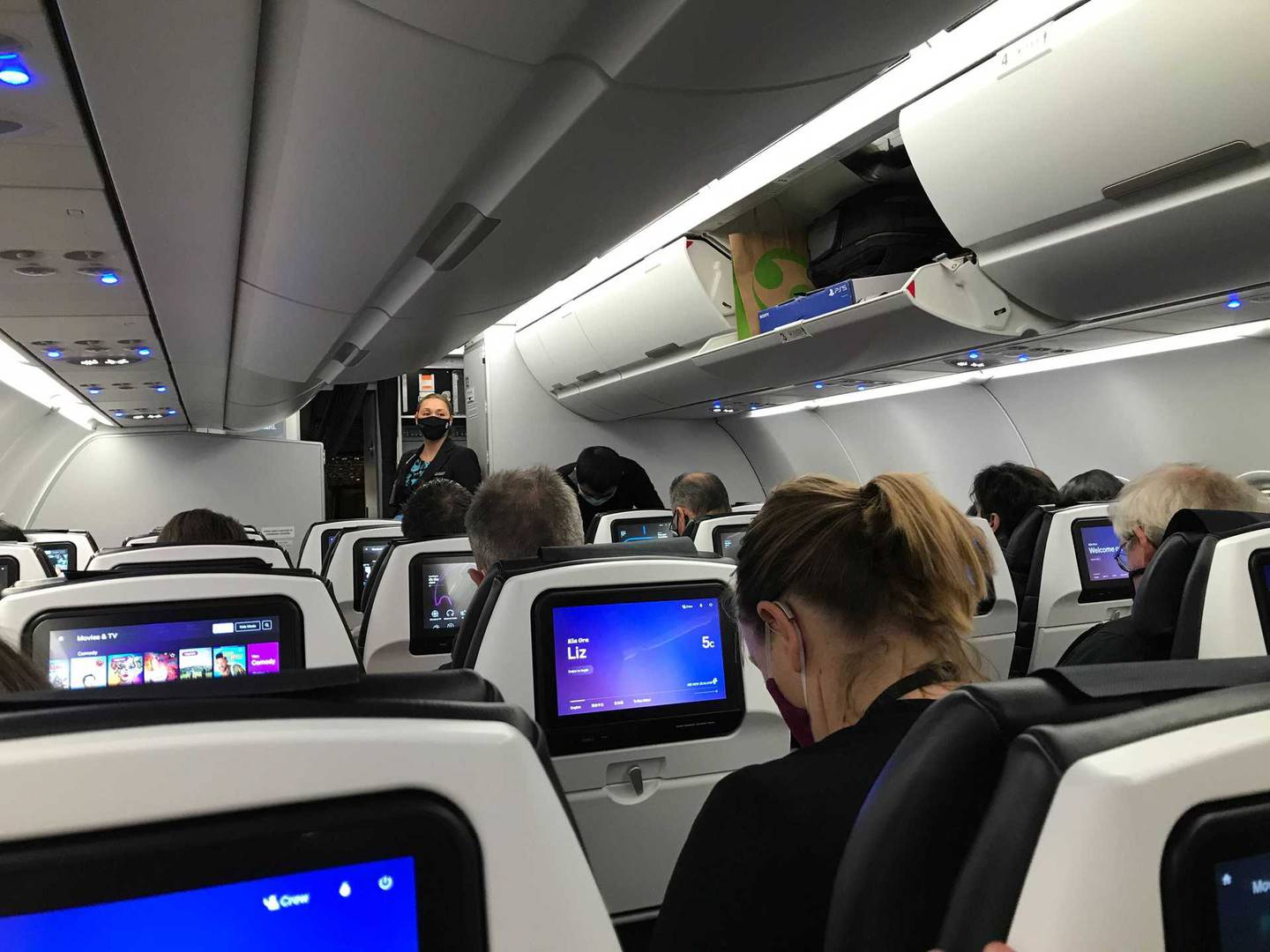 Later this morning the government would address the issue with inequity where some critical and essential workers have been allowed to bring families while those who arrived earlier on were not.

The temporary suspension for those travelling from India was in place and Ardern said it was still on track to be lifted at the end of the month as it couldn't render New Zealand citizens stateless.

"Covid is rampant there right now. This is home for many of those travellers."

"We're heading out!" a delighted Angus Crampton declared at Wellington Airport before catching a flight to Sydney to see his family.

Sydney-based Rowan Heath will see her 85-year-old mother Heather in Auckland today, one of many tearful reunions as quarantine-free flights finally begin between New Zealand and Australia.

Heath, a 58-year-old teacher from Manly, will be one of the first Australians to take advantage of the trans-Tasman travel bubble opening when she lands about 4.30pm.

About 400 quarantine-free flights per week will arrive and depart Auckland Airport on trans-Tasman routes operated by Air New Zealand, Jetstar and Qantas by the end of April - a stark contrast to the 36 flights to and from Australia in the first week of April.

As confidence in the bubble grows, experts believe Australian travellers could shoot at least $1 billion into the national economy - a godsend for struggling local businesses hit by the global pandemic and 12-month border closure.

With her two brothers also in Australia, Heath spoke to the Herald about how hard the separation from her beloved mother had been.

"It has been awful, but thank goodness for digital technology because otherwise it would have been absolutely horrendous." 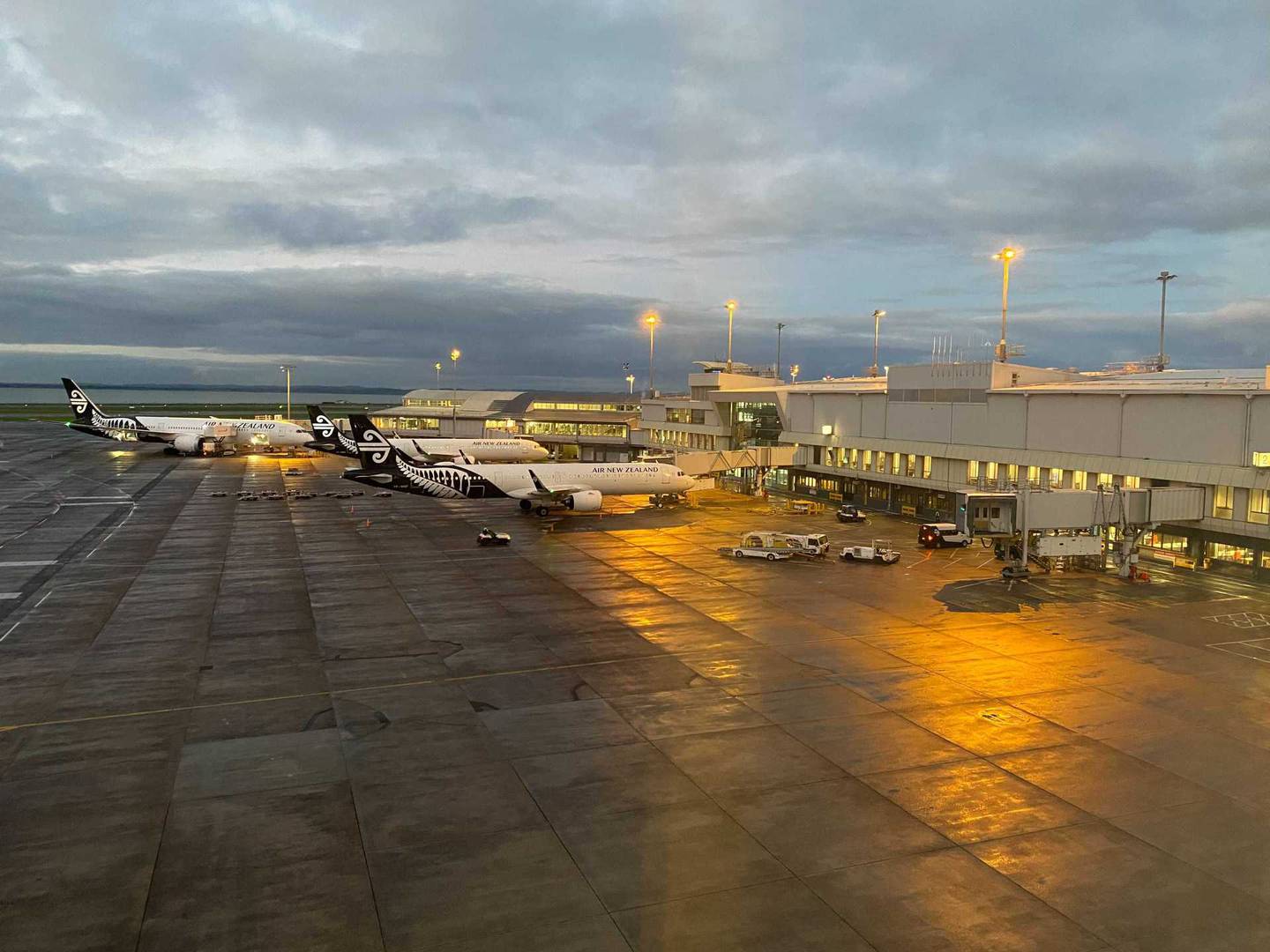 Normally, Heath crossed the ditch about four times a year. Now her whānau would be spacing out their trips to share time with their mother, who is in a rest home.

Heath expressed her gratitude for how New Zealand handled the Covid-19 pandemic.

More than 5000 Air New Zealand passengers are booked to travel between the two countries on Monday aboard 30 flights between Brisbane, Melbourne, Gold Coast, Perth, Sydney, and Auckland, Wellington and Christchurch.

Annie Kane is on her way to visit her sick brother in Melbourne, who she has not seen for two years.

She already had a flight and MIQ booked prior to the announcement of the trans-Tasman bubble, so she was feeling blessed that she now no longer had to quarantine.

Cheryl Mackie was departing from Wellington to go see her two daughters and grandson in Melbourne. "It's been 13 months," she said. "I never thought the day would come actually.

"I can't believe I'm here. I always thought there'd be another obstacle."

Angus Crampton was also at Wellington Airport to catch a flight to Sydney to be reunited with his brother Sam.

"My sister won a competition to get four return flights over, which is awesome.

Crampton said his brother would have a box of newborn puppies waiting in the car.

Dan and Jacqui Cottrell, with sons Charlie, Zachary and William, were off to Melbourne to see family who hadn't yet met their youngest boy. "[We're] a bit emotional," Jacqui Cottrell said. "They haven't met this little guy yet."

Dan said they would be driving up through Victoria to Albury, near the border with New South Wales.

"We're humbled to be part of these reunions and reconnecting people who have missed out on so much over the last year."

He anticipated the national carrier would operate more than 300 flights per week during the July school holidays.

Customers should plan to check-in at least three hours prior to departure on trans-Tasman flights. Masks are required on board and in the airports.

The Australian Travel Declaration must be completed at least 72 hours before departure, along with any state declarations. More details can be found at airnz.click/QFT2AU.

Nineteen-year-old Tyson Kempton was leaving from Auckland, bound for Sydney to visit his girlfriend who moved there a month ago. He's excited to see her and is looking forward to a big hug at the arrivals gate, something that would not have been possible only hours earlier.

Auckland Airport chief executive Adrian Littlewood expected potential travellers to be cautious at first, as confidence in the bubble grew.

"We saw it unfold in the domestic market, where passenger numbers have gradually recovered since New Zealand began moving out of lockdown nearly a year ago."

From Wellington this week, there will be 27 return flights to Australia, increasing to about 40 per week by the end of May. Pre-Covid, Australia and the Cook Islands accounted for 66 per cent of Wellington Airport's international travel.

Tourism New Zealand is predicting Australian travellers could bring in at least $1b by the end of the year.

In 2019, Australian visitors accounted for 19 per cent of the total international tourism market spend in Auckland with a value of about $933m.

Money was far from many travellers' minds on Monday morning however, as excited passengers checked in at airports.

Rara Akariri was at Auckland Airport, headed for Melbourne to see her daughter and five grandchildren, who are aged between 7 and 14. She hasn't seen them for two years.

Akariri said she was "over the moon" to hear about the trans-Tasman bubble and expects it will be a tearful reunion on the other side when she arrives.

In a joint statement, Prime Minister Jacinda Ardern and Australian Prime Minister Scott Morrison said the start of two-way quarantine-free travel reflected the sustained efforts of both countries in managing the virus.

"Both countries have done a remarkable job in protecting our communities from Covid and two-way flights are an important step in our road out."

Ardern said it was "truly exciting" to start quarantine-free travel with Australia.

"Be it returning family, friends or holiday makers, New Zealand says welcome and enjoy yourself.

"The bubble marks a significant step in both countries' re-connection with the world and it's one we should all take a moment to be very proud of."

The Tasman leaders said in the statement that Australia and New Zealand were exploring opportunities to expand quarantine-free travel to other countries in the Pacific when it is safe to do so.

"The lockdowns have been tough for everyone on both sides of the Tasman, and I know there will be many people who will be thrilled to be reunited with their loved ones, here and in Australia.

"It will give a much-needed boost to those involved in providing tourism, hospitality and retail services, whose jobs and businesses were badly affected by the border closure caused by the pandemic."