China has warned New Zealand to stay out of its business after Foreign Affairs Minister Winston Peters criticised its new security law.

It comes as governments in the United Kingdom and Australia are considering giving Hong Kong citizens safe haven, with Peters not ruling out the same consideration here.

Yesterday Peters expressed his "deep disappointment" in the new legislation which criminalises secession, subversion, terrorism and collusion with foreign forces in Hong Kong.

It also essentially shuts down protest action and freedom of speech. Hundreds have been arrested since its introduction on Tuesday.

Peters said it was "a critical moment for fundamental human rights and freedoms protected in Hong Kong for generations" and that New Zealand had "serious concern" about the legislation.

"We share the international community's stake in preserving the high degree of autonomy and freedom available to Hong Kong and its people under the 'one country, two systems' framework."

The city was handed back to China from British control in 1997 with the framework which made it autonomous.

"We urge the New Zealand side to respect China's sovereignty, abide by international laws and basic norms of international relations, stop interfering in Hong Kong affairs and China's internal affairs, and do more to promote the sound and steady development of the China-New Zealand relations."

It said the national security legislation fell within the responsibility of the central Chinese government and was "a fundamental solution for Hong Kong to restore order, end chaos and resume stability".

"Its implementation will strengthen Hong Kong's legal framework, better protect the basic rights and freedom of the people in Hong Kong, ensure social order, improve business environment, and benefit Hong Kong citizens and international investors including those from New Zealand."

Peters rejected this and said "we're not interfering with anyone's affairs" and the embassy had not contacted him or his department. 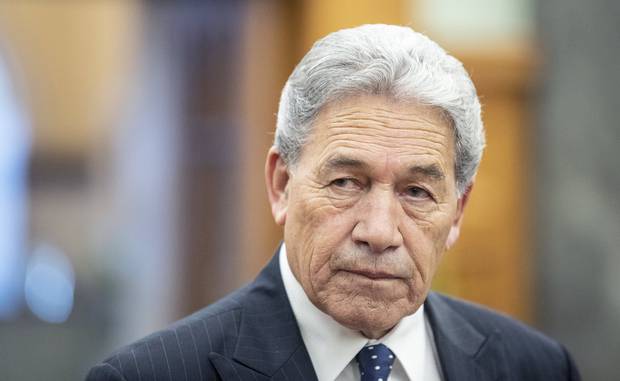 The Australian federal cabinet will look at a number of proposals on how to best help Hong Kong nationals who may want to flee there.

British Prime Minister Boris Johnson has also moved to provide paths to UK citizenship to up to three million Hong Kong British nationals. He said the new law was a "clear and serious breach" of the 1985 Sino-British joint declaration.

Peters said Cabinet hadn't considered a safe haven proposal but didn't rule it out in the future.

"Here we are in Covid-19 with serious unemployment coming and the setback to business and we've got to put our country first."