An email sent by the Southern DHB chief executive acknowledging the hard work of staff on International Nurses Day is at the centre of controversy – because he didn't actually write it.

Screenshots of the message sent to nurses show that the entire email thread was accidentally attached to the message, revealing that CEO Chris Fleming asked someone else to write the email that was then sent on his behalf.

The email, sent from Chris Fleming's email account, had the subject line "Celebrating International Nurses Day: A heartfelt thank you".

"I especially want to acknowledge your hard work, commitment and dedication to your patients over the last two years as we have navigated through the pandemic and all its challenges," the email read. 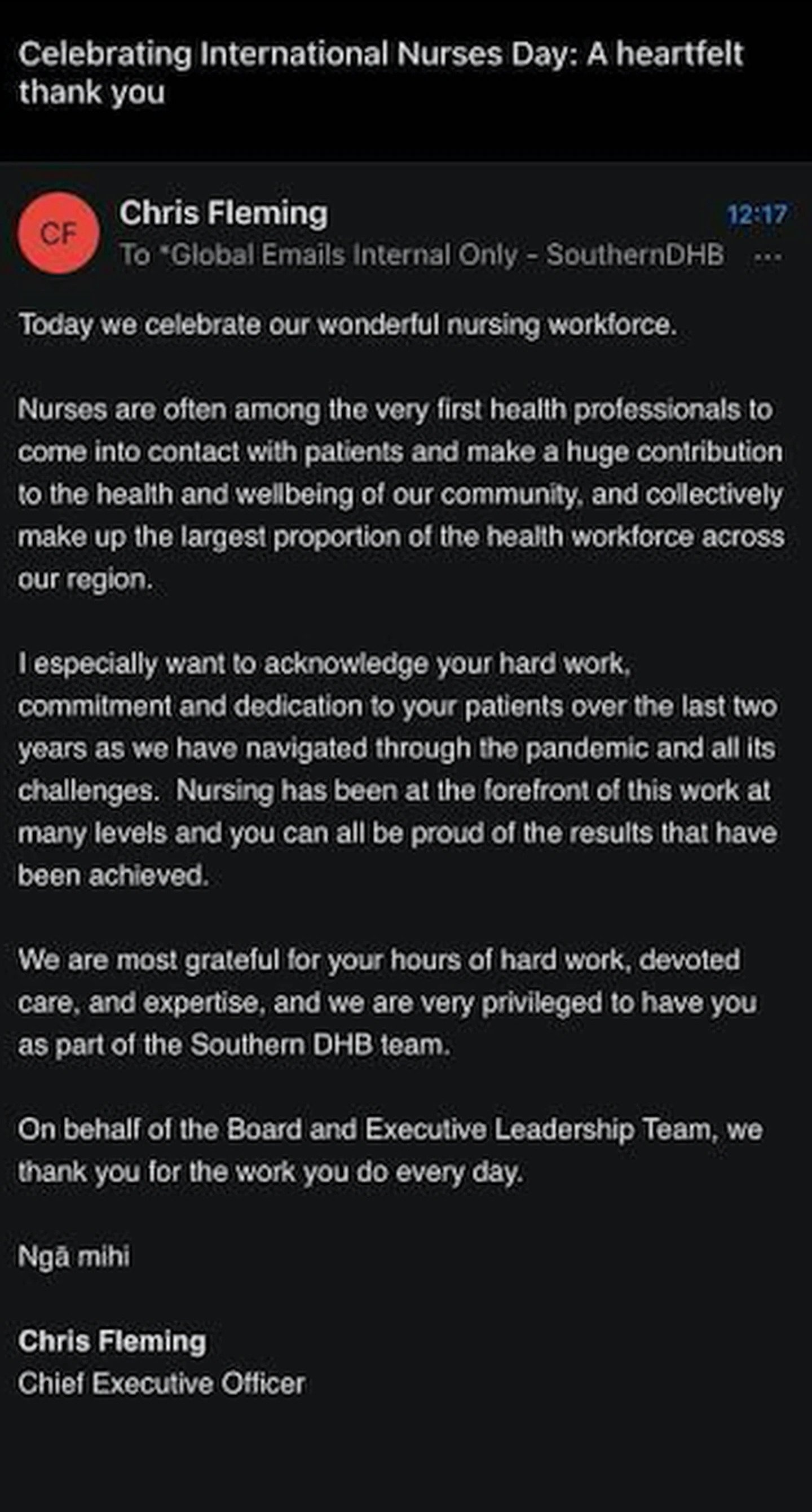 The email was signed by Fleming. However, below the message, the email thread revealed that the CEO had asked someone else to write it for him.

"Chris just called and asked if you could please craft a message out to our nurses on behalf of Chris, ELT and the Board acknowledging the great work they do," the next email in the thread said.

The original message was sent at 12:17pm and just three minutes later, at 12:20pm, Fleming recalled the email, as per screenshots seen by the Herald. 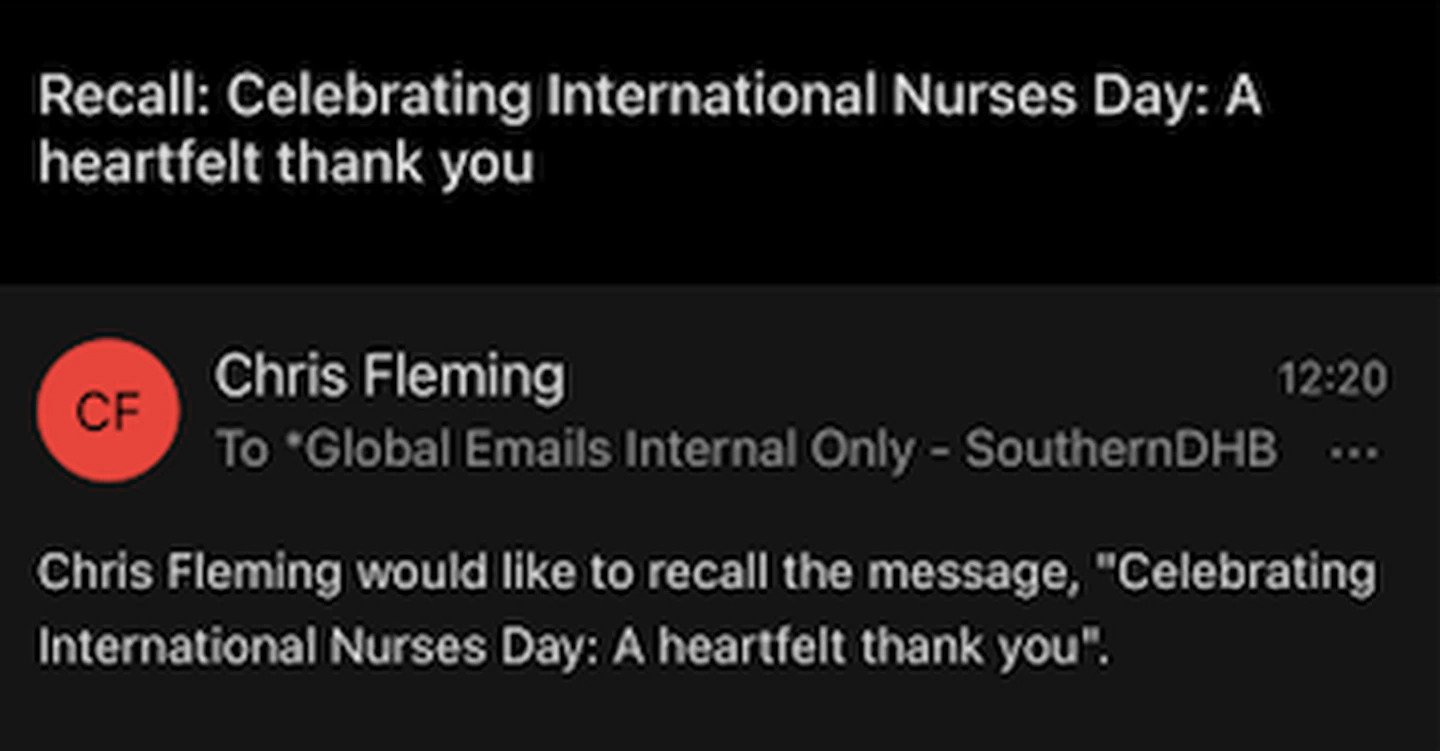 A spokesperson for the Southern DHB said that it is common practice for such messages to be sent on behalf of senior leaders, including the chief executive.

"Sometimes these messages are drafted by other members of staff, provided to the manager to ensure it reflects their views, and then sent on their behalf, rather than that manager drafting the message on their own," the spokesperson continued.

"This can be for many reasons, including the manager travelling or having other commitments on the day. It's important to note that the person to whom the message is attributed (in this case, Mr Fleming), always reviews the message before approving it to be sent. Mr Fleming did ask for the message to be drafted for him as he recognised it was International Nurses Day.

"In this instance, an error was made in that the entire email trail was sent, rather than simply the intended message, and thus was recalled."

Fleming is stepping down to pursue new business opportunities with his family, a statement from the DHB announced last month.

"For the past couple of years, I have been considering future opportunities to purchase a business that I could work together with my wife and provide my son an opportunity to support him to secure his future," he said.

"Despite the exciting future ahead in health, with the transition to Health New Zealand on 1 July, I have been contemplating the right move for me and my family, and I've decided that the time is right for me to do something completely different for now. It is likely that I may become involved in the health system again in the future but for now will focus on establishing ourselves in the businesses we are acquiring. We will be relocating to the Waikato which is where I am originally from."