The two people found dead in the rock pools of Lake Taupō on Friday morning are understood to be young adults from the Bay of Plenty who died from suspected hypothermia after drinking to blackout.

The bodies found on the shore of Lake Taupō near Mere Rd are this morning being taken to Hamilton for a post-mortem.

Police have confirmed that the deaths are not suspicious. The deaths will be referred to the Coroner.

One of the bodies was found in the hot rock pools separated on the shore of Lake Taupō, and one was submerged in the lake itself, the Herald understands.

"It sounds like a couple of young ones, down from the Bay of Plenty got pissed, had a swim, hypothermia and [died]," a person involved in the police investigation said.

A Taupō local who passed by the scene on Thursday night said at least four people had gathered at the hot pools.

He saw one woman emerge from a pool wrapped in a towel, while the man was dangling his legs in the hot water.

"I think at that stage they were intoxicated," he said, describing their behaviour as loud and drunken.

Taupō Mayor David Trewavas said it was understood the possible cause of death was hypothermia.

Trewavas said the location the bodies were found is a popular late-night public hangout spot.

"There's reports of a lot of noise that night, you know down there. It's a public parking area as well. Sort of a bit of a hangout and a very popular spot," Trewavas said.

"There's toilets down there. It's one of those dead-end streets that is a bit of a gathering point."

Trewavas says locals heard noises throughout the night from the group partying.

"They said it was freezing on Thursday night, bloody freezing here.

"It's a little hot water beach. So there's mineral pools there," Trewavas said.

"So, sounds like they were completely out to the count. And then went and had a sort of a swim or whatever, soak in the pool. But it's so unusual that two would die together.

"Freezing night. A combination of factors I would say."

Police remain at the lake as investigations continue into the deaths.

A tent was erected over a thermally-heated rock pool where one of the bodies were discovered.

Police said yesterday they were still working to establish the identity of the mystery pair.

A spokesperson said a guard would remain in place on the edge of the lake while detectives continued to investigate. 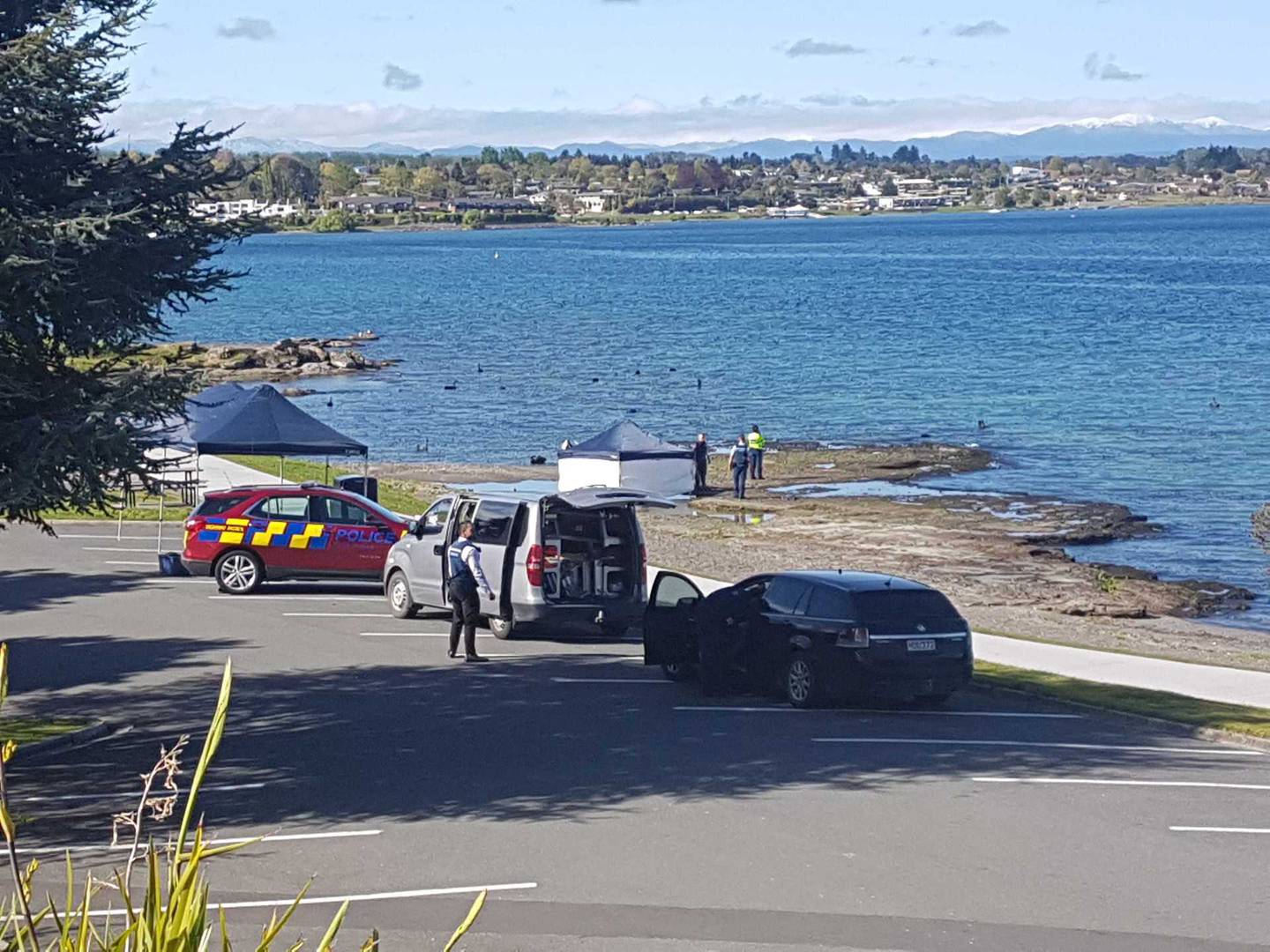 Investigations are underway after two bodies were discovered on the shore of Lake Taupō. Photo / Laurilee McMichael

One local witness to the group partying on Thursday night said police arrived and then left the drunken revellers.

"By the time we got there, the cops were leaving," the Taupō local said.

You could still hear them [the group] in the water. They were yelling because they were drunk.

"We saw them sculling a bottle as we drove in a second time."

When he learned of the double deaths this morning he was left feeling numb.

"My wife was saying we should have done more, but what could we do?"