Police were seen removing a hatchet from the bonnet of a crashed car after an arrest was made near Mosgiel yesterday.

Six police cars, including dog handlers, attended the scene in Dukes Rd North, near the intersection with Hazlett Rd, about 5pm.

One officer removed a hatchet from the hood of a crashed silver SUV, which appeared to have torn a hole through a deer fence and come to rest against a berm, facing the road.

The front of the SUV was badly damaged.

Skid marks and a small amount of broken glass could be seen further east on Dukes Rd.

Officers at the scene could be seen taking statements from witnesses. 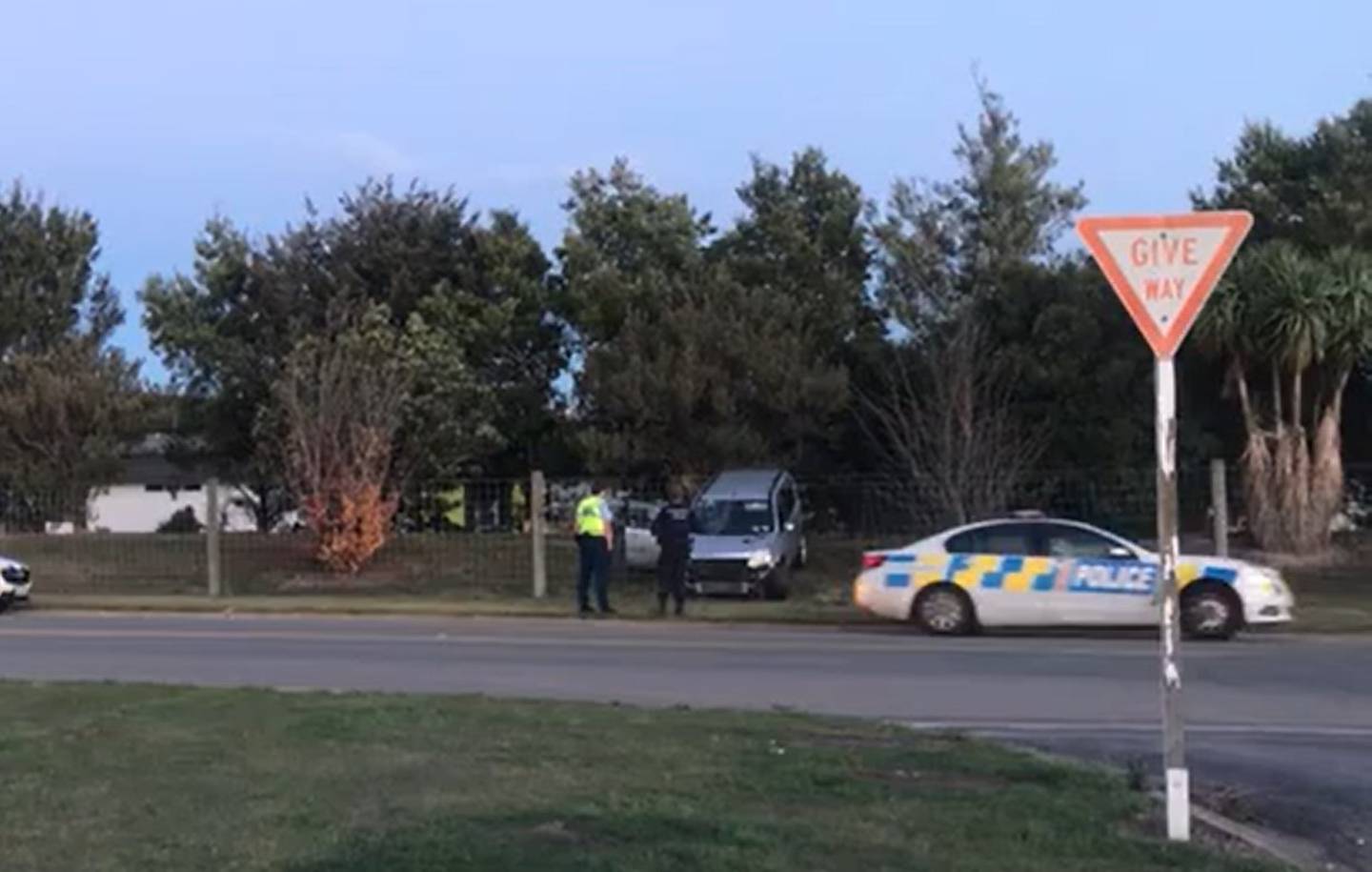 Police at the scene of the crash after a silver SUV appears to have lost control and crashed through a deer farm fence. Photo / Oscar Francis

A police spokeswoman said one person was taken into custody for wilful damage and another person was being sought.

The incident had been initially coded as a single-vehicle crash and the sequence of events was unclear, she said.