After more than two years of the Covid pandemic, New Zealand has once again imposed strict restrictions over just a handful of cases, and it has the rest of the world talking.

New Zealand has been praised throughout the past couple of years for keeping the virus at bay.

Now Prime Minister Jacinda Ardern's latest move has earned her even more applause from her fans – particularly as she cancelled her own wedding.

However, others see the new crackdown as a step too far.

In the UK, where there is immense pressure on Prime Minister Boris Johnson to step down over a perceived lack of leadership on Covid, the move by New Zealand has particularly stirred debate.

"Given over 90 per cent of New Zealand's eligible population has had at least two doses of Covid vaccine, and Omicron is indisputably a significantly less severe strain of the virus, I'm not sure why Jacinda Ardern is implementing draconian new restrictions and cancelling her wedding?" he said on Twitter.

Some of his followers pointed out that the UK would do well to take guidance from New Zealand's attempts to stop the Covid spread.

Given over 90% of New Zealand’s eligible population has had at least 2 doses of covid vaccine, and Omicron is indisputably a significantly less severe strain of the virus, I’m not sure why Jacinda Ardern is implementing draconian new restrictions & cancelling her wedding?

"It's called common sense. History will show that her leadership has been pretty much exemplary," added another.

Responding to the tightening of measures in New Zealand, British MP Mark Jenkinson wrote: "Thank the Lord we're in the UK."

Nile Gardiner, a former aide to Margaret Thatcher, added that the restrictions equated to "left-wing insanity in New Zealand".

Life's not be great here but fancy being a New Zealander where the nutcase lefty PM Jacinda Ardern has imposed new restrictions after just 9 Omicron cases were discovered. As an act of solidarity she has delayed her wedding. The groom is luckier than the nation. He is still free.

‘Oh, such is life’ Well, no. This is the decision Jacinda Ardern has taken despite 90 per cent of her countrymen & women being vaccinated and Omicron clearly less potent. But she continues on path of zero tolerance, which given we may be living with the virus for years… https://t.co/cgHMHfbXwz

However, Ardern has also received praise for setting an example in her leadership, even if it means suffering a personal sacrifice, by postponing her wedding.

Jacinda Ardern just cancelled her own wedding to help slow Omicron. That’s leadership. “Such is life. I am no different to, dare I say, thousands of other New Zealanders who have had much more devastating impacts felt by the pandemic.”
How many parties did our PM host or attend? pic.twitter.com/nx6WVXluOf

After hearing how Jacinda Ardern has cancelled her wedding due to covid, stating she is no different to anyone else in New Zealand, I feel compelled to say "What outstanding leadership". Shame we don't have the same leadership in the UK.

On Sunday, Ardern was forced to call off her own wedding as she tightened Covid-19 restrictions in the face of an outbreak of the Omicron variant.

It came after there were nine confirmed cases of the variant detected earlier this month from a family who travelled between cities, flying into Auckland for a wedding, as well as the infection of a flight attendant on the aircraft they flew on.

It was enough to see the country impose its "red setting" restrictions from midnight Sunday.

These include limits on crowd numbers, including a limit of 100 fully vaccinated people at events, as well as mandatory face coverings on public transport and in shops.

"My wedding will not be going ahead," she confirmed after detailing the new restrictions.

PM Jacinda Ardern has cancelled her wedding to partner Clarke Gayford, as the country prepares to move to red traffic light setting at 11:59pm tonight.

"I just joined many other New Zealanders who have had an experience like that as a result of the pandemic and to anyone who is caught up in that scenario, I am so sorry."

Ardern and long-time partner Clarke Gayford have never announced their wedding date, but it was believed to be scheduled for some time in the next few weeks. 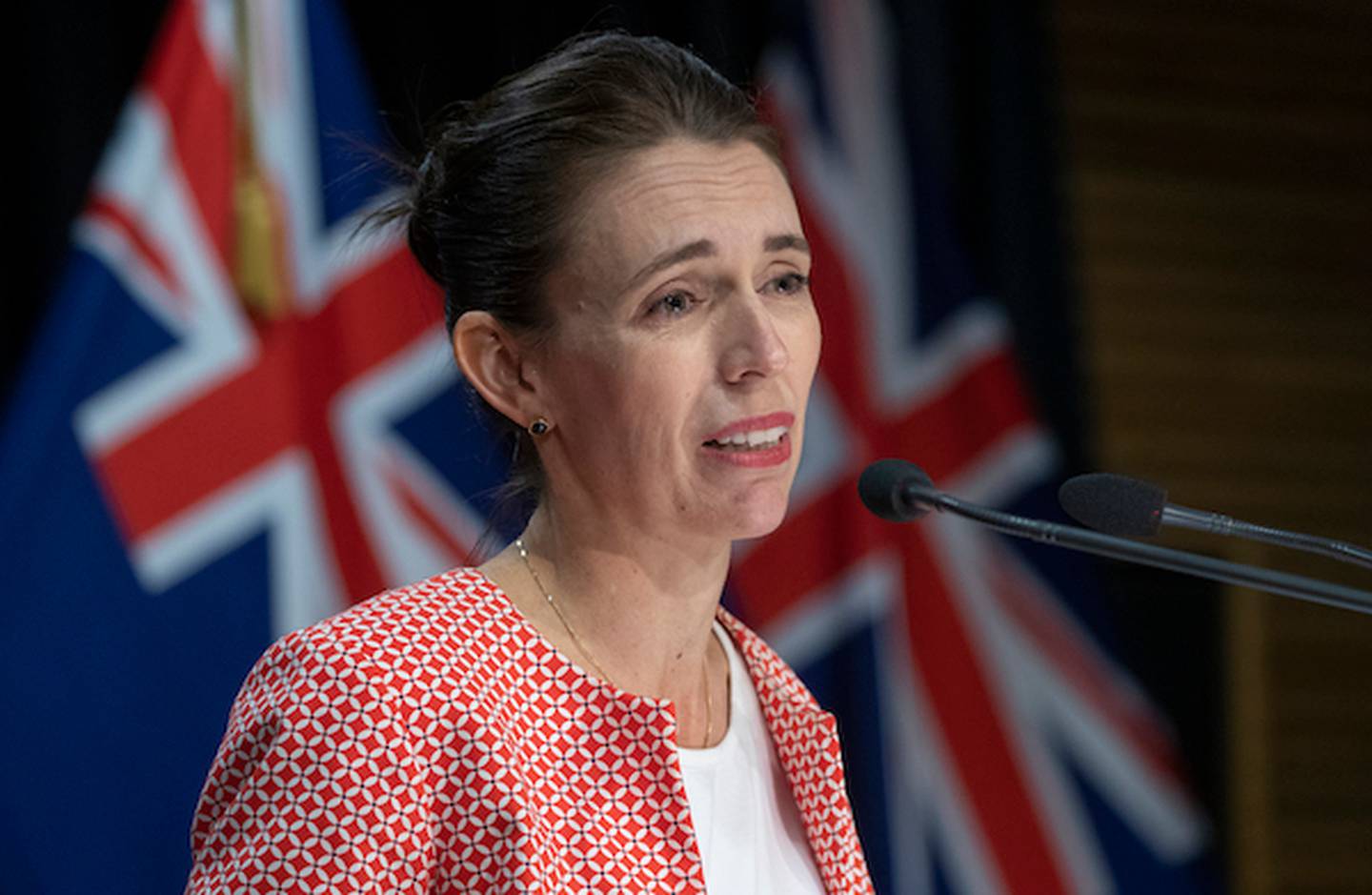 The new restrictions are set to remain in place until at least the end of next month.

"Such is life," the New Zealand leader said when asked how she felt about setting regulations which ended her planned nuptials.

"I'm no different to thousands of other New Zealanders who have had much more devastating impacts felt by the pandemic, the most gutting of which is the inability to be with a loved one sometimes when they are gravely ill. That will far outstrip any sadness I experience.

New Zealand has reported 15,104 Covid-19 cases and 52 deaths since the pandemic began.

Tough border restrictions and snap lockdowns have been in place for much of the past two years.