A Brazilian man has been sentenced after he tried to bring 3.4kg of cocaine worth $1.5m into the country in a hidden compartment in his suitcase.

Joao Marcelo Albanez, 39, was sentenced to seven years and two months in prison today after trying to get the drug through Auckland Airport.

Albanez came to the attention of customs officers carrying out pre-screening, before he arrived into New Zealand from Chile on 28 November 2017.

An x-ray of his suitcase showed inconsistencies, and a search located a black plastic package of cocaine in a hidden compartment behind the suitcase base. 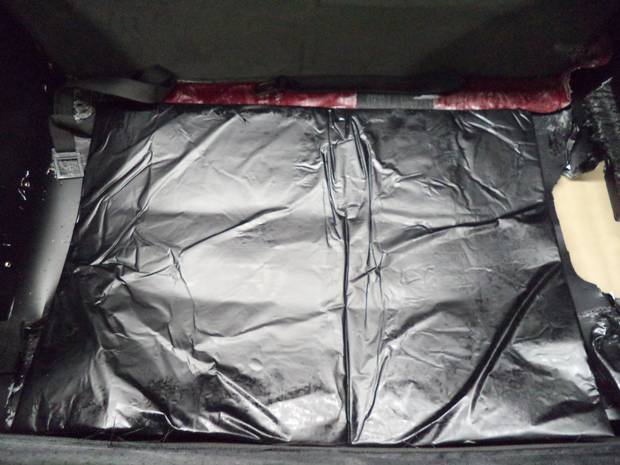 The cocaine, worth $1.5m, was tucked away inside a hidden compartment of the man's suitcase. (Photo / Supplied)

Criminal syndicates might think that customs would not pay attention in the holiday period, but they were wrong, Auckland Airport customs manager of passenger operations Peter Lewis said.

"This man will now spend time in jail and miss out on his education. He will then carry a criminal conviction, which will limit future international travel and career opportunities – the consequences are never worth the risk."

Customs made 19 drug-related arrests at New Zealand's international airports last year, including eight arrests for a total of 26kg cocaine.

Sixteen arrests were at Auckland Airport.

New Zealand Customs Service said if you have suspicions that someone may be getting enticed or duped by criminal syndicates into drug smuggling here or overseas, call 0800 4 CUSTOMS.