Word on the street is Wellywood will have an injection of stars this August with Taika Waititi's Time Bandits ready to start filming in the capital.

Paramount TV Studios confirmed to Spy, the Kiwi star is co-writing and directing the pilot of the Apple television series adaptation of the 1981 Terry Gilliam-directed movie, but could not comment further at this time.

Rumours continue that the South Island may make some location shoots for the Apple series outside of the Wellington studios, after Herald reports earlier this month that Waititi visited Larnach Castle, Wedderburn and Glenorchy, and was also pictured in Dunedin with former Flight of The Conchords star Jemaine Clement.

This followed a mega tourism blitz Waititi showed his fans on Instagram of him with his children hitting some of the country's hottest tourist spots, including Hobbiton.

Another funny man, who would be a great casting in Time Bandits is UK creative genius Sacha Baron Cohen, who this week hinted he has been trying to work with Waititi since 2014 after watching What we do in the Shadows. He wrote the synopsis for the Kiwi director's spot in Time Magazine's Most Influential top 100 this week, where he compared the Kiwi director and fellow auteur to Picasso.

"You can tell that a film was made by Taika Waititi, the same way you can tell a piece was painted by Picasso," wrote Baron Cohen.

"Not in that he doesn't know where on the face the eyes go, but in how he expresses his unique voice.

"Taika has won an Oscar and made successful, hilarious, heartfelt movies. Yet he always brings to his work a light touch. He tells stories that are utterly watchable, even when they're sad, or satirical. And they are always funny."

Waititi's girlfriend UK popstar Rita Ora was as proud as punch and did a shout out on Instagram. 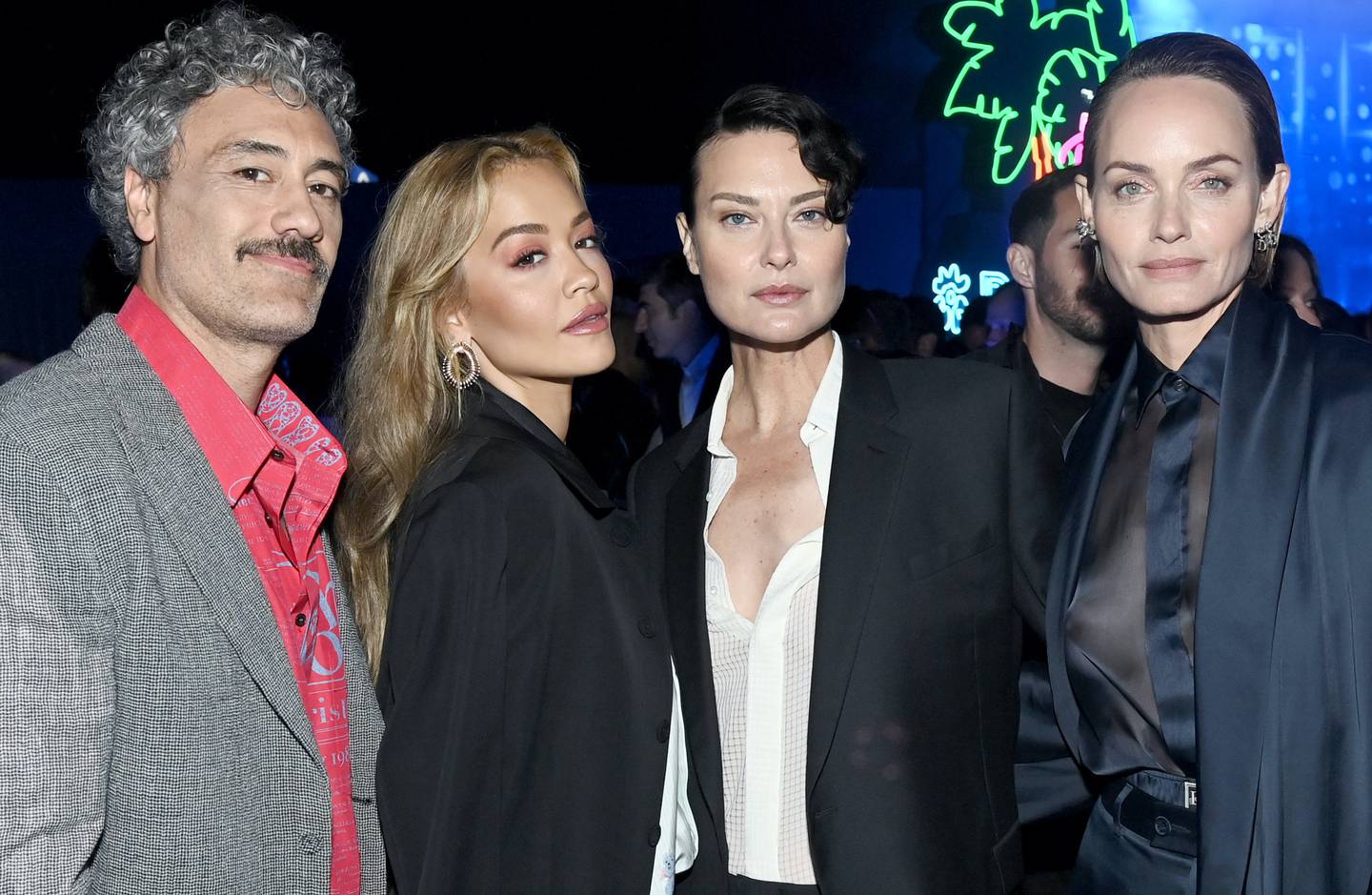 Baron Cohen might not have met Waititi in the flesh yet, but Ora reportedly had a meal with her fellow Brit last May along with his wife, Aussie actress Isla Fisher and other heavy hitters Russell Crowe and Christian Bale at Sydney restaurant China Doll during her time Downunder filming The Voice Australia.

Waititi is now firmly back in Hollywood land, accompanying Ora to a Dior show last week. The pair lit up front rows in February at Milan Fashion week and Los Angeles was no different.

Ora posted selfies dressed in Dior men's suiting with Jones, as well as snaps with Waititi and supermodels Shalom Harlow and Amber Valletta at the show's after-party.

The couple were seated between Schitt's Creek creator and star Daniel Levy and singer-songwriter Christina Aguilera.