The release of Daniel Radcliffe's new movie should have been a triumphant adrenaline shot for New Zealand film. Instead, a self-inflicted wound raised questions about whether it would be pulled from international release.

The former Harry Potter star had taken the lead role in the violently dark, action comedy Guns Akimbo. Written and directed by New Zealander Jason Lei Howden, the film was largely shot in Auckland and received funding from the New Zealand Film Commission.

The film had enjoyed a successful world premiere at the Toronto International Film Festival where its over the top, video-game style violence had been praised. 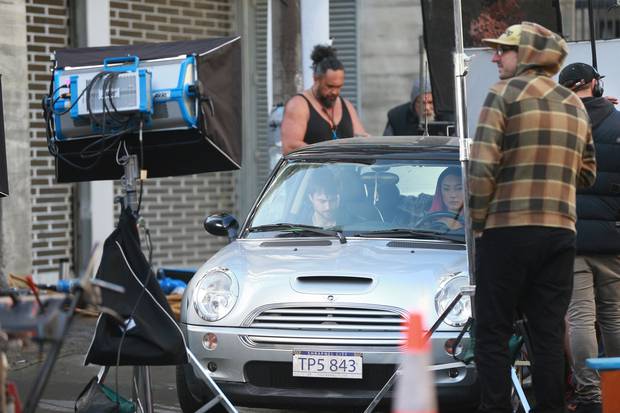 Actor Daniel Radcliffe during filming of the movie Guns Akimbo in central Auckland in May 2018. Photo / (Doug Sherring)

However release plans went akimbo this week when Howden inserted himself into a social media controversy that started with a racial slur, led to a suicide attempt and almost saw the movie dropped from cinemas a week from its release date.

Last Thursday, a private email exchange in which Dilara Elbir, a film writer and editor-in-chief of the movie blog Much Ado About Cinema, used a racial slur in a private chat emerged. Shortly after many of the blog's writers quit and the discussion spilled onto Twitter. Later that night Elbir posted an apology video that appeared to follow a suicide attempt. Her friends contacted authorities and she was rushed to hospital. They report she remains in care but is safe.

The conversation moved to whether Elbir was cyber-bullied, which is when Howden got involved. He tweeted a thread calling those criticising Elbir "woke cyber bullies". 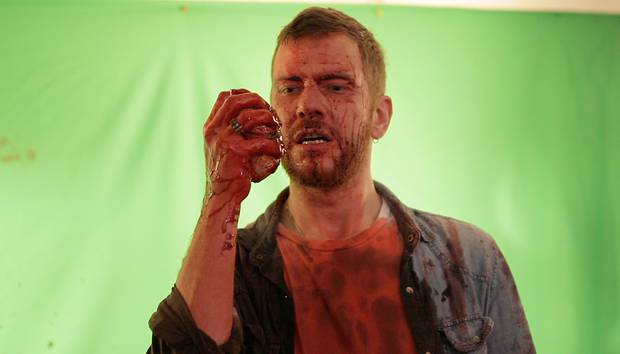 Jason Lei Howden, the winner of the 2014 Make My Movie Competition, in his film Deathgasm in that year. (Photo / File)

"The PRIVATE DM that was maliciously leaked was obviously an ironic joke. Can't believe anyone would think she was being serious," he tweeted.

He has since deactivated his Twitter account, however messages were screengrabbed by a Twitter user who commented, "I want everyone to know that the Director of GUNS AKIMBO thinks as long as you say the N word in jest, it's ok."

I want everyone to know that the Director of GUNS AKIMBO thinks as long as you say the N word in jest, it’s ok.

He also proceeded list the names and bully folks on their decision to leave a situation they thought was toxic. Thus bringing them threats of harm. Fucking awful. pic.twitter.com/XoXamO6lDj

Howden also used the official Guns Akimbo twitter account to criticise a writer who had written a think piece on the situation.

"Troll article from someone who cyber-bullied a women [sic] until she attempted suicide," he wrote. This tweet has also been deleted.

Here is your not-that-friendly reminder that @JasonLeiHowden has decided that instead of promoting his movie, he's going to harass Black women #OnHere, blame them for another writer experiencing suicidal tendencies, and act like the kind of cyberbully he's speaking out against. pic.twitter.com/EK7QetISI9

Yesterday, Howden tweeted an apology before deactivating his account, saying, "Just to set the record straight, my posts were only meant to be about bullying," he wrote. "I don't support Diara's DM. Racism is not acceptable in any context. I respect @MyDarkSkyLady and @ValerieComplex's work but not bullying. My mother committed suicide after a lengthy period of being bullied, which I didn't know about until it was too late. To see others doing the same is incredibly painful and unnecessary."

With many calling for the film to be boycotted, its release status was up in the air both here and abroad. After being contacted by the New Zealand Herald, the movie's New Zealand distributor confirmed the movie would be released as planned.

""The recent online behaviour of Jason Lei Howden was unacceptable, and Madman do not agree with or condone his views and actions. We will be releasing Guns Akimbo on March 5th in New Zealand to honour and support the hard work of hundreds of individuals behind the production."

The movie's American distributor Saben Films also issued a statement confirming the film will be in American cinemas this week.

"We are releasing Guns Akimbo this Friday, February 28th. While we do not condone, agree or share Mr Howden's online behaviour, which is upsetting and disturbing, we are supportive of this film and all the hard work and dedication that has gone into making Guns Akimbo."

How this controversy impacts the movie's fortunes remains to be seen.