The number of teachers struck off for sex offending last year skyrocketed - surpassing 2018 by more than five times.

And the number of sexual misconduct allegations has also increased dramatically.

Figures released to the Herald under the Official Information Act by the Teaching Council show that in the 2019 calendar year 13 teachers had their registration cancelled as a result of being convicted of a sexual offence.

In total, 131 allegations were made against teachers that "include reference to sexual misconduct".

In 2018 just two registrations were cancelled and there were 92 allegations in total.

The figures were provided to the Herald a day after disgraced Blenheim teacher Jaimee Cooney abandoned a bid for permanent name suppression.

Cooney, 37, is understood to be the first female teacher in New Zealand convicted and sentenced for sexual offending against students.

Jaimee Cooney was jailed for sex offending against two students at the school where she taught. Pictured here with her husband Paul. Photo / Facebook

At the time of the offending Cooney was a senior teacher at Marlborough Boys College where she headed the languages department and worked as a wellness coordinator.

It was later confirmed in court that Cooney - the wife of a police officer and mother of two - did not dispute having sexual relationships with other older boys.

But she has not been charged with any further offences to date.

In December Judge Tony Zohrab sentenced her to two years and six months in jail for her offending.

She was also placed on the child sex offender's register.

Judge Zohrab said the offending - relating to two teenage boys who she sexually abused, often in cars parked in public places, and in school lunch breaks - was "a gross breach of trust".

He said no one should have been more attuned to the needs of young men growing up than a trained teacher.

The Teachers Council could not confirm how many of the convictions were for offences against children or young people in the teacher's class or care.

And the allegations varied in seriousness - from an inappropriate joke through to a specified offence of a sexual nature.

While some teachers were struck off, others were censured or had conditions placed on their practising certificates.

Some complaints did not result in any action and some were still under investigation.

Concerns and complaints came to the council from mandatory reports from schools or centres, complaints from parents or others, or reports that a teacher has a criminal conviction.

There are currently more than 105,280 teachers in New Zealand. 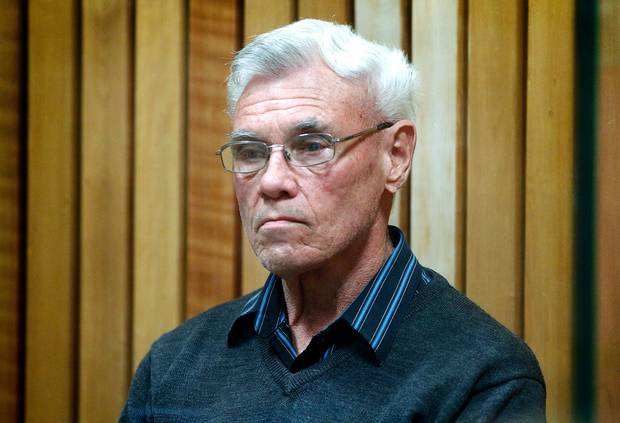 All allegations of concern about teacher conduct were investigated by the council.

The 73-year-old is currently behind bars for historical sex offending against pupils.

Herrick had been jailed three times previously for identical offending in between 1963 and 1993.

Each time his name was published after sentencing, more victims came forward.