There will be no changes to the timing of school holidays in Auckland from the beginning of October despite the region having been in lockdown for nearly five weeks.

Education Minister Chris Hipkins said school holidays in Auckland would continue to be held at the same time as the rest of the country, starting from Saturday, October 2.

Cabinet has agreed "in principle" that Tāmaki Makaurau will move out of level 4 next Tuesday. If there are two more weeks of level 3, the city will hit level 2 just in time for the school holidays.

Hipkins today acknowledged the impact closure had on children's learning and parents.

Any disruption had the potential to have an effect on learning, he said.

"I've carefully considered advice on the implications of shifting the dates and concluded that, on balance, maintaining the status quo is the best course of action," Hipkins said.

"This wasn't a straightforward decision. I acknowledge the added pressure currently on parents and families in Auckland, but as Education Minister, my primary concern has to be the effects on children's education and wellbeing and on the good running of our schools."

Keeping the holidays as they were would avoid disrupting people's plans, including curriculum planning and family holidays, and would reduce anxiety, he said.

"It also means we don't have to extend the length of term four, when fatigue among students is at its highest at the end of a school year."

There was strong resistance from the teaching community to shifting the school holidays, Hipkins said.

Working from home with children was challenging - he urged employers to take this into account with their employees. But shifting the school holidays was not the solution for these issues.

Schools had fed back that they would like another few weeks to get vaccination rates up. That was not the deciding factor but it did play into the decision, he said.

There had been high uptake in vaccinations among over-12s, and many were expected to have had their first dose by the time they came back to school.

Schools would have good insights into level of engagement, Hipkins said. He was worried about levels of engagement after lockdown, and issues like absenteeism.

Support for those who had fallen behind was there and more funding had been put into this area.

Hipkins said they would look to be more timely in future in making announcements about school holidays, in the event of another lockdown.

"It took a bit of time coming but we won't hit him with a stick for that - he's got a lot on his plate." 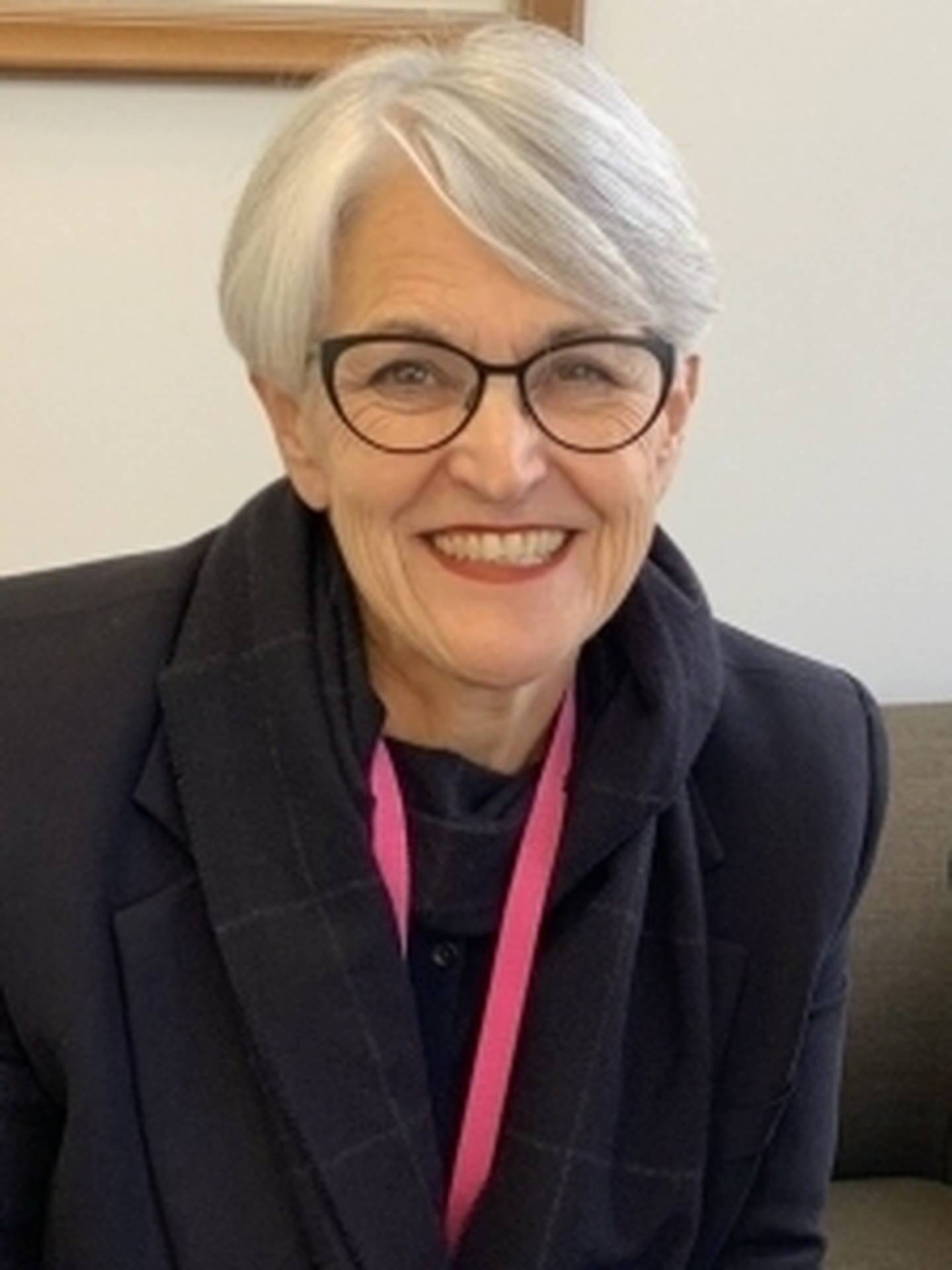 Kofoed said she had heard from many parents who wanted their children to have a "real wellbeing holiday" in October. "They're looking forward to connecting with whānau and aunties and grandmothers and playing on their scooters in the street."

Most schools had been strongly connected with kids through technology. There was a "lovely sense of connection" that had developed with many families uploading about their activities, she said.

"There's a sense of a lightness and fun and all that connection that's happening digitally...by golly parents are doing a great job."

There were lots of families who were living in lounges or in social housing, who only had one device or didn't have good wireless internet. Schools had been working hard to support those people in particular - delivering hard copy learning packs and staying in touch wherever they could.

Kofoed added there was no guarantee term four would run smoothly because of the pandemic.

Bruce Jepsen, president of Te Akatea, the NZ Māori Principals Association, said the decision would be best for the hauora (wellbeing) of all involved. 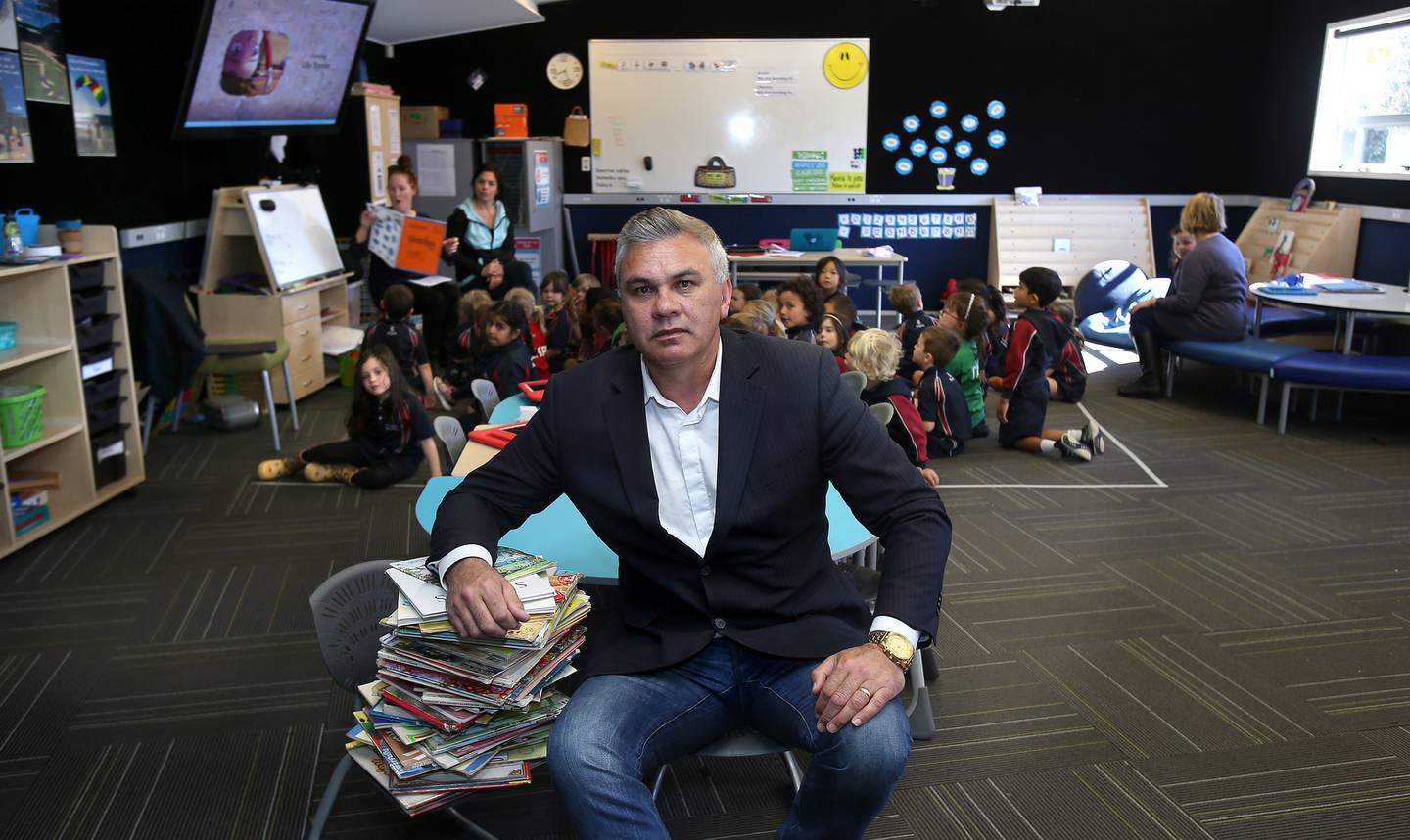 "We believe in maintaining the current plan and minimising further disruption - we don't want any more uncertainty."

There would always be parents with a different perspective but he hadn't met any. Tamariki were still at school even when they were distance learning in level 4, so they would need the school holiday break, he said.

Jepsen is principal of Te Akau ki Pāpāmoa Primary School in Tauranga but has been in regular contact with colleagues in Tāmaki Makaurau in his position with Te Akatea.

"I appreciate there's different levels around the country and they mean different things for different whānau...the wellbeing of families is the critical decision maker."

"Parents and schools have been making plans based on these school holiday dates and it's reassuring for them to all know that these won't have to change at the last minute." 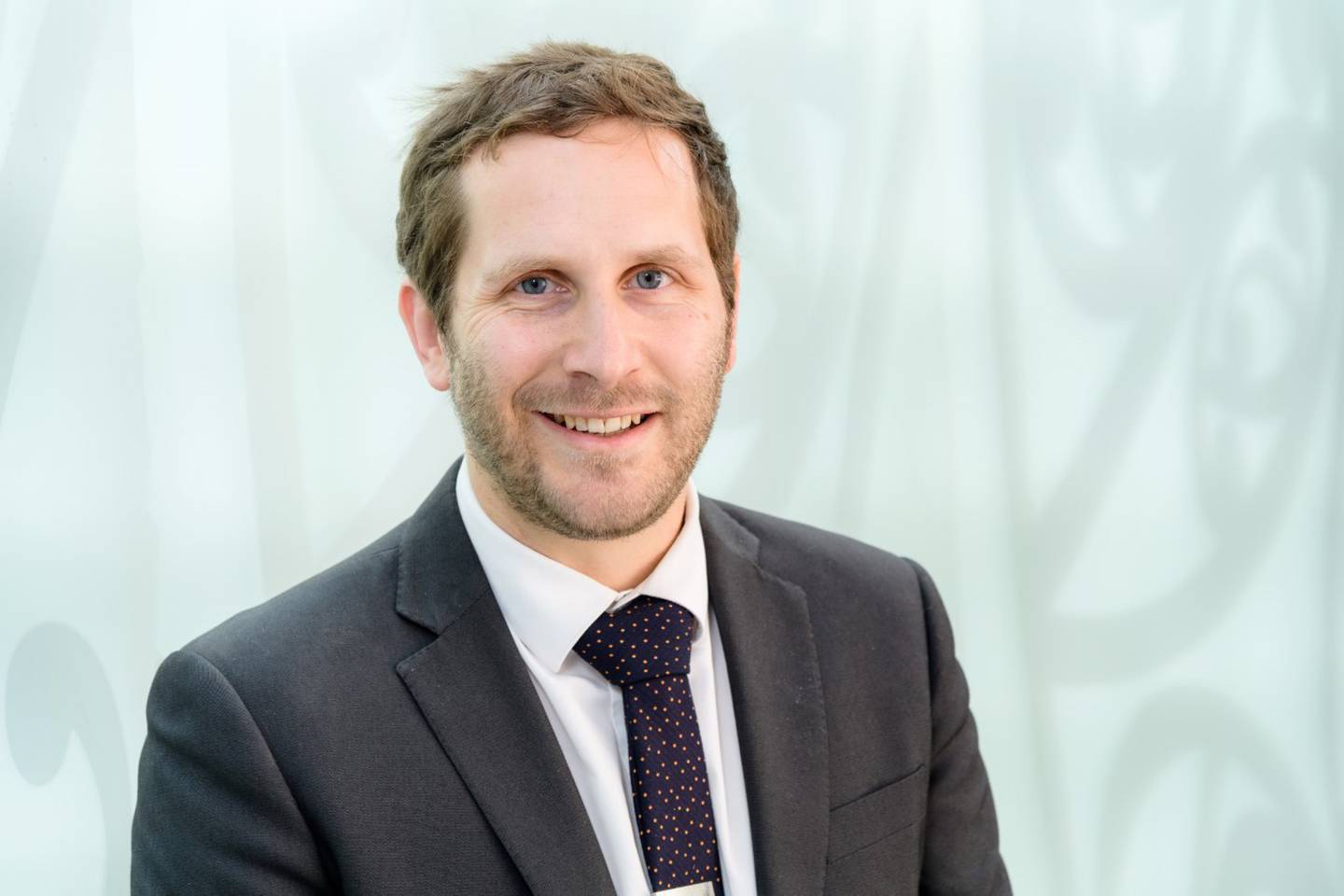 "The education workforce has worked hard to pivot to remote learning at level 4 and hybrid models down the levels. It makes good sense to avoid disrupting the systems, set up to date, to support students during the latest COVID crisis," he said.

Rush - who is principal of Hastings Intermediate - said the impact of isolation on young people, and growing mental health concerns, underlined the importance of giving them a holiday when they could reconnect with peers and family.

"There is no guarantee that the final term of the year will be without serious COVID challenges and the potential for further lockdowns. Holding to the current school holiday plan enables young people to be best prepared to cope with the uncertainty of what may lie ahead."

Claim learning from home a 'lottery' for students

Parents had been calling for the school holidays to be brought forward to Monday instead of October 2, but teachers' unions and school principals strongly opposed the move.

Some parents who have been stuck at home on the wage subsidy have told the Herald they will be pressured to return to work in level 2, and will have to take annual leave to care for their children or pay for a carer.

Some say they are concerned they are doing a poor job with home schooling and their children are suffering from not seeing their friends.

But teachers have pointed out many of them are also trying to teach online while juggling childcare at home, and they need a break.

National's education spokesman Paul Goldsmith said learning from home was a "lottery" for students given the huge variation in schools' approaches and accused the Government of leaving kids' education to chance. 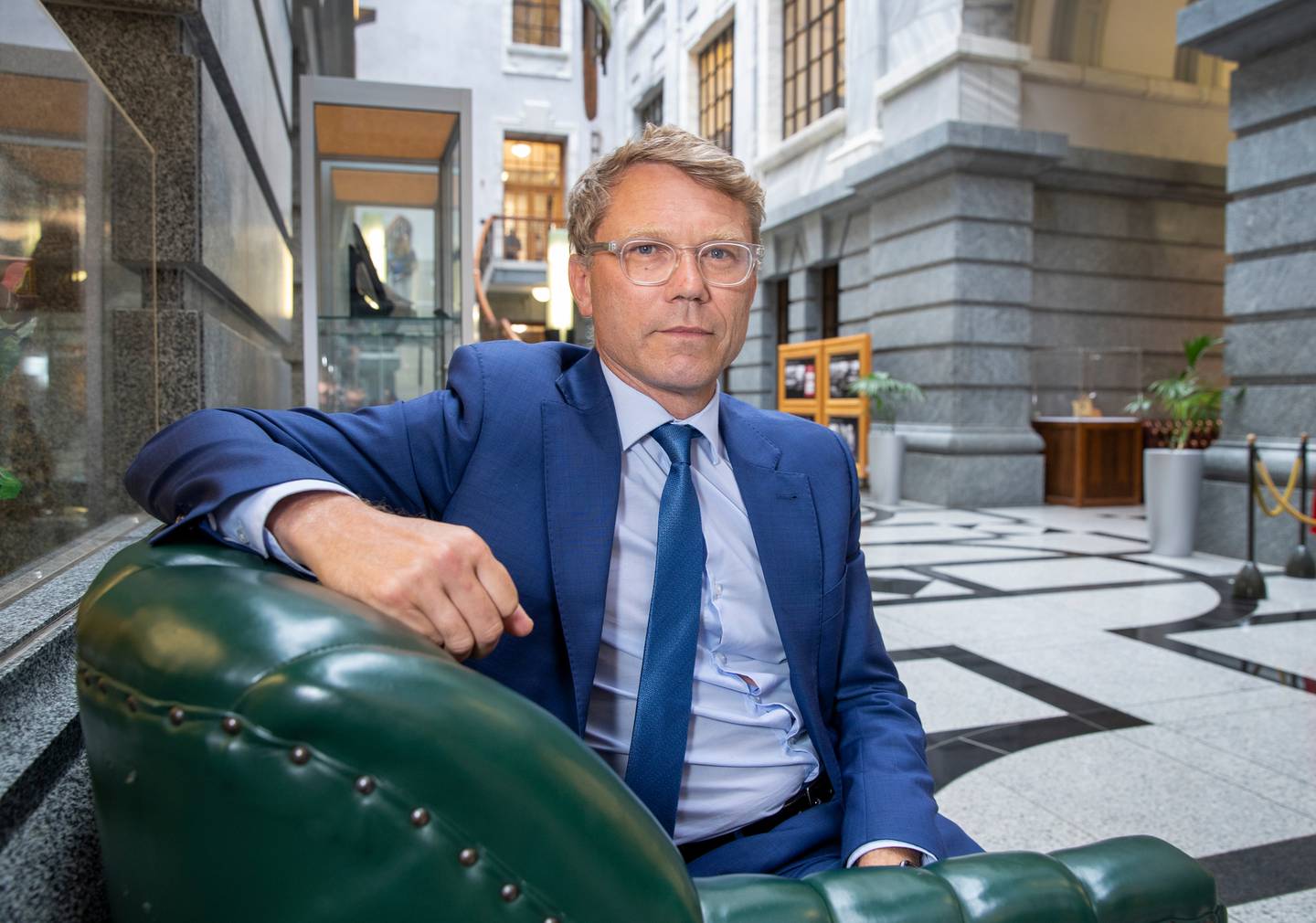 "The Government has been too loose in not even providing a baseline recommendation on how many hours students should engage in learning from home.

"Nor has there been any rigorous recording of the number of hours students were engaged in their school work while at home.

"Some schools are running the normal timetable of classes on line; others are merely checking in with students, from time to time. One principal candidly admitted online learning was a joke in her community."

He wanted the Government to set baselines for learning in case of future lockdowns.

The United Kingdom and Canada, for example, had set standards for how many hours a student should be engaged with their teacher, depending on their age.