Police are on the hunt for those responsible for a shooting that has left one person in a serious condition in hospital.

Police and emergency services were called to a property in the suburb of Rānui after reports of a firearms incident late last night.

The incident happened about 10pm.

The Herald understands one person suffered critical injuries in the incident. 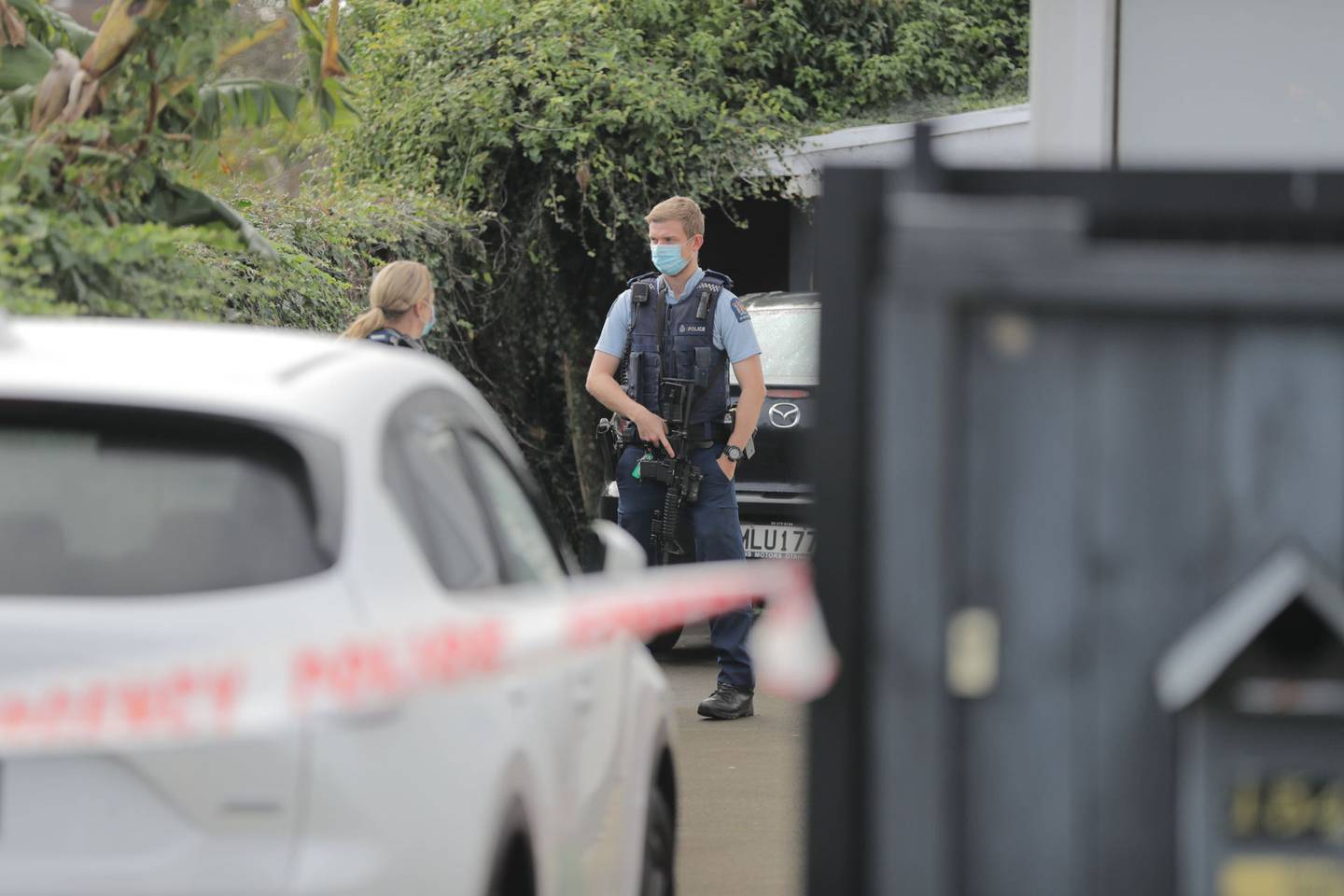 Armed police remain at the scene in Metcalfe Rd in Rānui this morning. Photo / Michael Craig

Police confirmed they are investigating a serious firearms that took place on Metcalfe Rd.

"Police attended and one person has been taken to hospital with serious injuries," a statement said.

"A police presence remains at the location, with a scene investigation to take place later this morning."

Officers investigating the case are also urging members of the public who may have information that could help Police locate the person or persons responsible to come forward.

A witness said a number of people were seen being taken away from the house by police officers. No one was in handcuffs, however, the witness said.

A St John ambulance took the injured person under lights to the hospital.

At the scene, a police car stood guard outside the house. Several cars were parked in the driveway of the property also.

The circumstances of the incident are not yet known and police have not announced any arrests in relation to it.

Authorities are urging anyone who may have information that may help their investigation into the incident to contact police immediately.