Police have confirmed three children have died at a property in Timaru.

Detective Inspector Scott Anderson are providing an update and said the deceased were siblings. 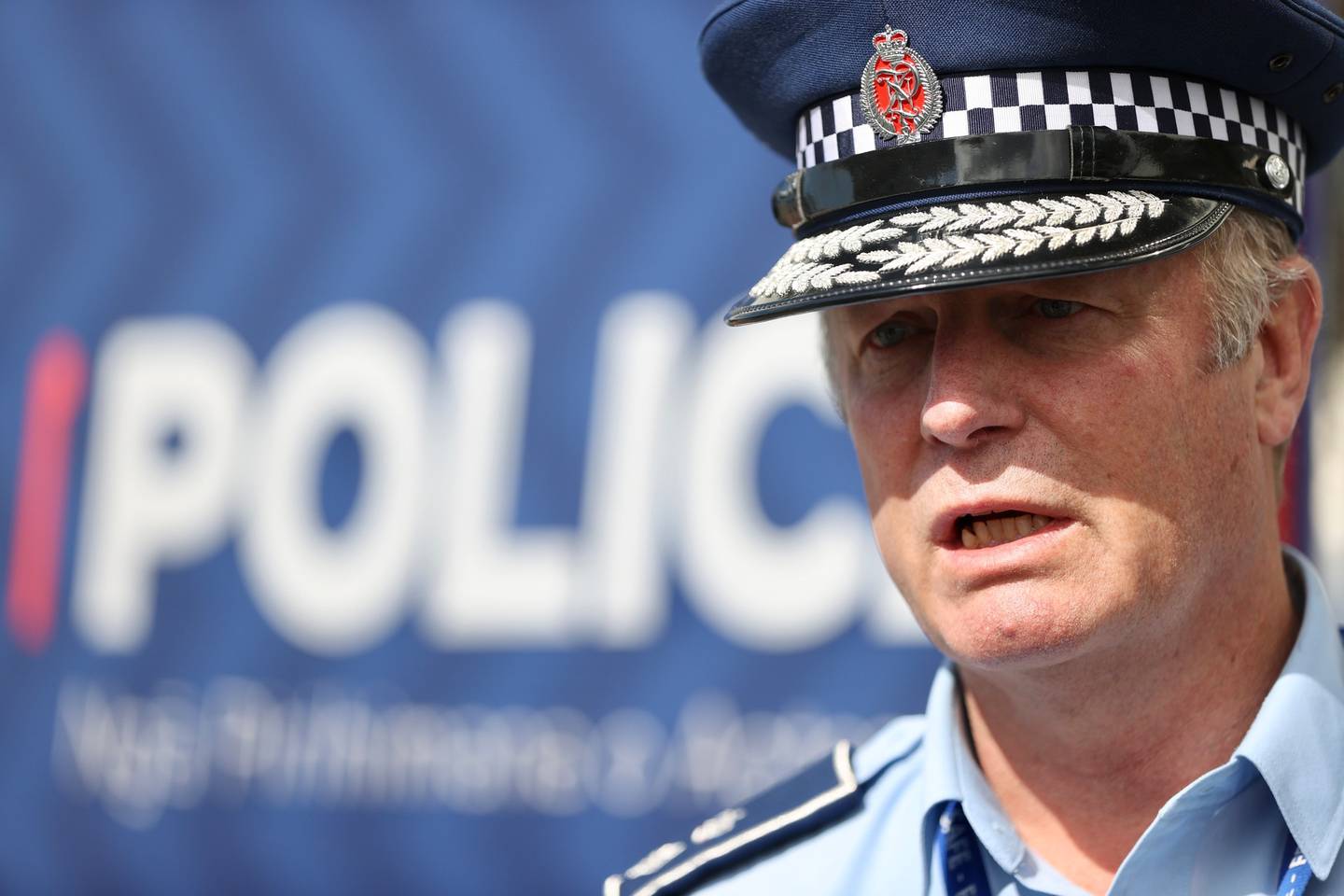 A woman was transported to Timaru Hospital and is in a stable condition.

They arrived in Timaru from South Africa in the last week.

No one else is being sought in relation to the deaths.

He said it was a very difficult time for the community - particularly following the fatal crash recently where five teens were killed.

"Police are working with our partner agencies to ensure that support is wrapped around those most directly affected by the tragic events of last night, and the wider community and we urge anyone who needs support to reach out."

Police would not be drawn on who found the dead children.

Canterbury District Commander Superintendent John Price said whenever police faced a tragedy like this it was hard.

But he assured his investigation team were professional and determined to do their best for the victims. 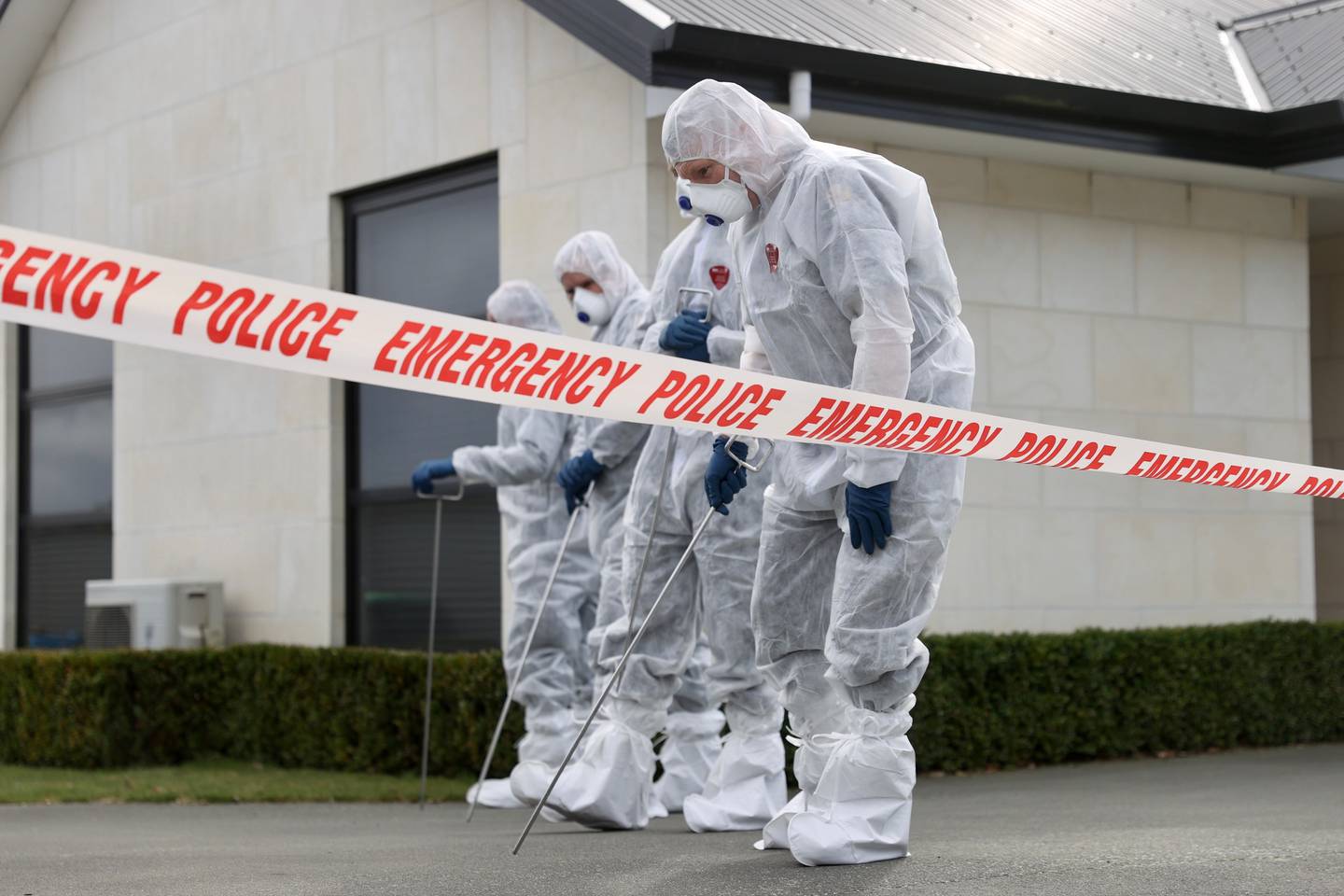 The police forensic team have arrived at the property and a scene examination will get underway soon. Photo / George Heard

Price would not say more about the family, including whether either parent of the dead children were working.

He said it was "unfortunate" that there had been two tragedies in Timaru in such a short time.

He could not say when the names of the children would be released.

"We have to notify next of kin and you can appreciate that will take some time... my understanding is their next of kin are overseas in multiple countries."

He said the family had a network of friends in New Zealand but no family.

Deputy PM Grant Robertson has also spoken about the incident.

It's a tragic event and will be distressing for the people of Timaru and the family, Robertson said, and his heart goes out to the community.

Detectives launched a homicide investigation after the children were found dead at a residential address overnight.

The Otago Daily Times understands the woman in hospital is the suspected killer.

A hospital staffer told the Herald that while everyone was discussing what happened no one knew who was involved or the details.

They said a number of specialists and surgeons from overseas lived in the Queen St houses where the deaths took place but he did not know who was occupying them currently.

"On arrival at the scene, emergency services found three deceased people. One other person has been hospitalised," Anderson said in a statement.

Jade Whaley lives next door to where the incident took place and said that at about 9.40pm last night she and her husband heard banging, followed by sobbing and moaning.

Police officers are going door to door speaking to neighbours.

"We went outside and realised it was coming from the neighbouring property."

There are three units on one side of the Whaleys' property and while outside they saw a fellow neighbour speaking to a person at the back unit.

They later found out the neighbour called police, who arrived at 10pm.

"Everything got cordoned off. We weren't sure what had happened but we knew something significant had happened."

Later on, they saw a woman being supported while she walked into an ambulance.

She said they also saw a man taken away in a police car.

The three units are often leased by the nearby hospital, Whaley said.

"They have staff that work at the hospital live there. Often people are there on short leases, three to six months.

"We think the people at the back flat were fairly new." 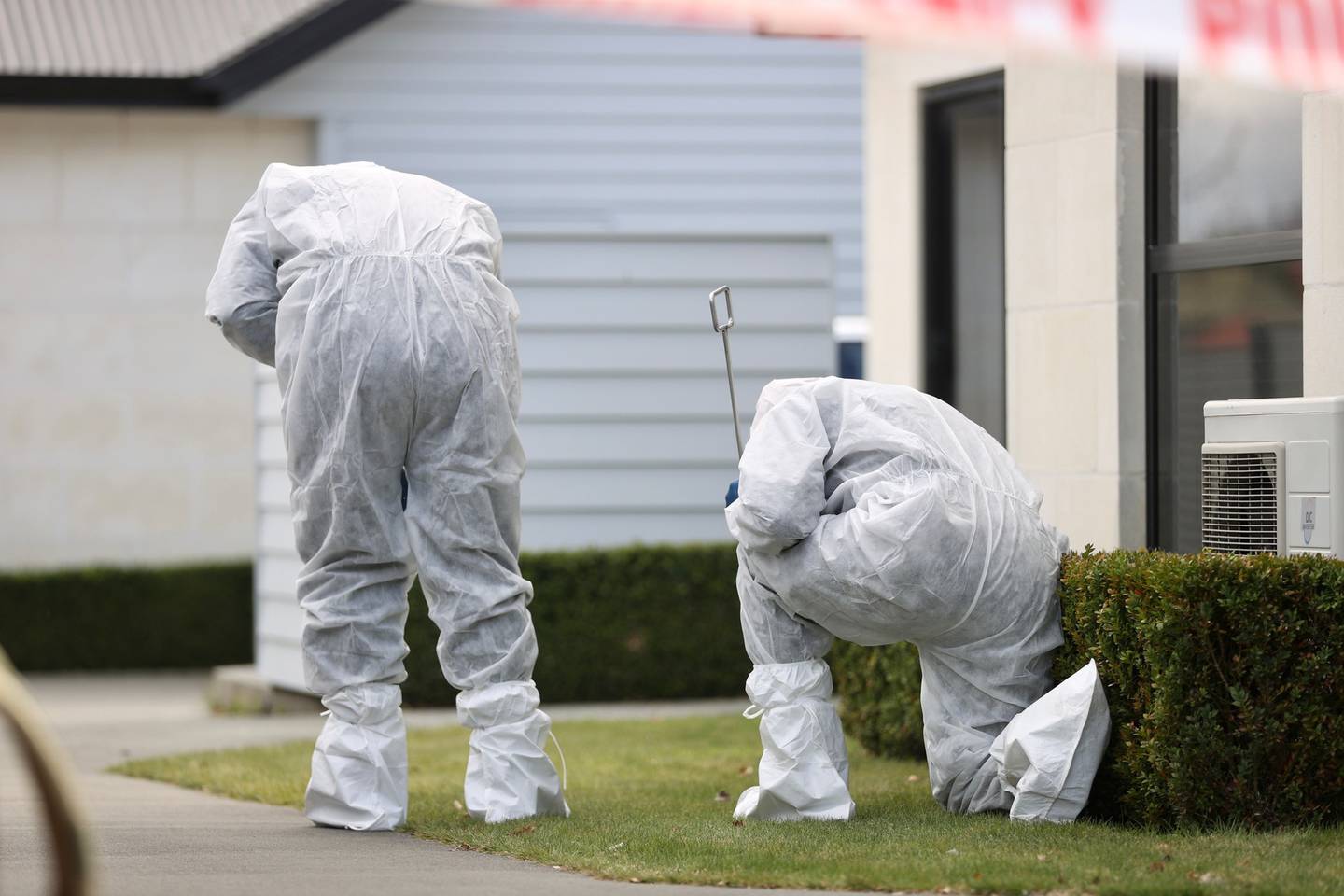 The police forensic team have arrived at the property and a scene examination will get underway soon. Photo / George Heard

Police were speaking with people from the address and no one else was being sought.

"Police are still in the very early stages of this enquiry and no further information is available at this stage.

"If there are any cordons in place we would simply ask that residents follow the directions of officers, and we thank them for their co-operation."

Police are expected to front a press conference to provide an update on the investigation but a time has yet to be set.

Neighbours said they were not aware of any children living at the property but sometimes youngsters came to visit.

They believed the homicide happened in the back house on the property, which is made up of three separate units.

The neighbour said tenants were usually very quiet and respectful and there was never any trouble.

She said last night she saw a woman taken away in an ambulance, and a man getting a police car.

She was not sure who they were and could not rule out the man was the neighbour that chanced upon the triple homicide and called 111.

A man connected to the owner of the unit politely declined to comment when approached by the Herald this morning.

The scene is cordoned off and the police forensic team arrived at the property at about 9.50am. 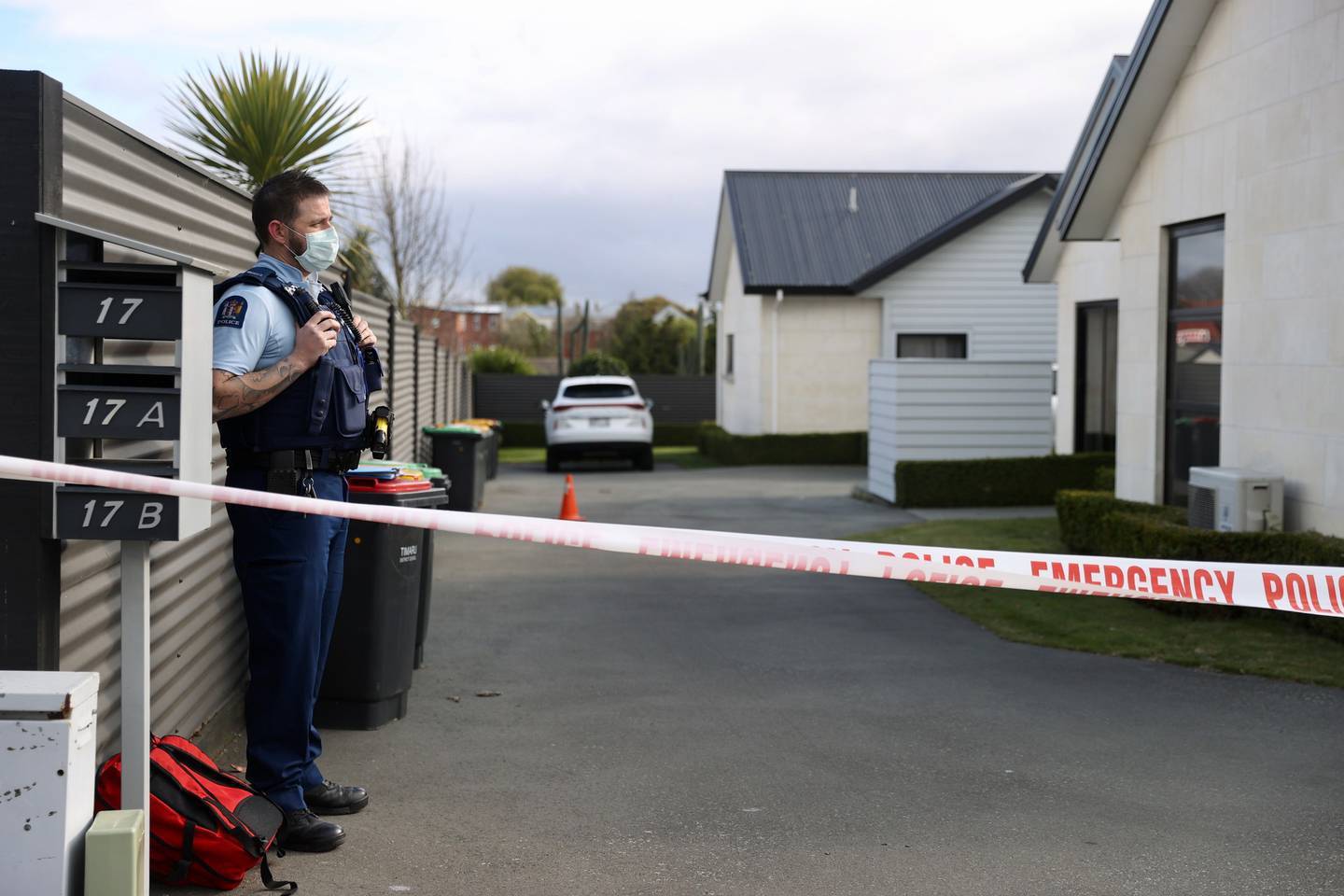 Timaru Mayor Nigel Bowen said the community will be devastated by the tragedy.

"Again, unfortunately. It seems that the community has had layers of tragedy with the five young lads that passed away so it's really tough," he said.

He said the area where the incident took place is "just a typical suburb" and relatively quiet.

"I think the community will be thinking, why is it happening to a place like ours?

"There's a lot of pressures on society at the moment, you have to question the support around mental health, are we doing things right in this country? I question that we're probably not."