An Australian escort has outlined more allegations of her encounters and messages with the former Auckland eye surgeon whose wife died in unexplained circumstances in April – claiming he had wanted to leave the marriage and start a relationship with her more than two years ago.

Philip Polkinghorne allegedly made the comments in an email to escort Madison Ashton two and a half years before his wife Pauline Hanna died in her Remuera home.

Polkinghorne wouldn't comment this week but told the Herald in the days after his wife's death on Easter Monday this year that his relationship with her was "perfect". He described himself as a "person of suspect".

"Our relationship wasn't fine, it wasn't fine at all, it was perfect."

In an email allegedly written by Polkinghorne in October 2018 and published by Ashton on social media this week, he purportedly declared he would end up a multi-millionaire with cash and assets worth $6 million to $7m if he and Hanna ended their 30-year marriage. 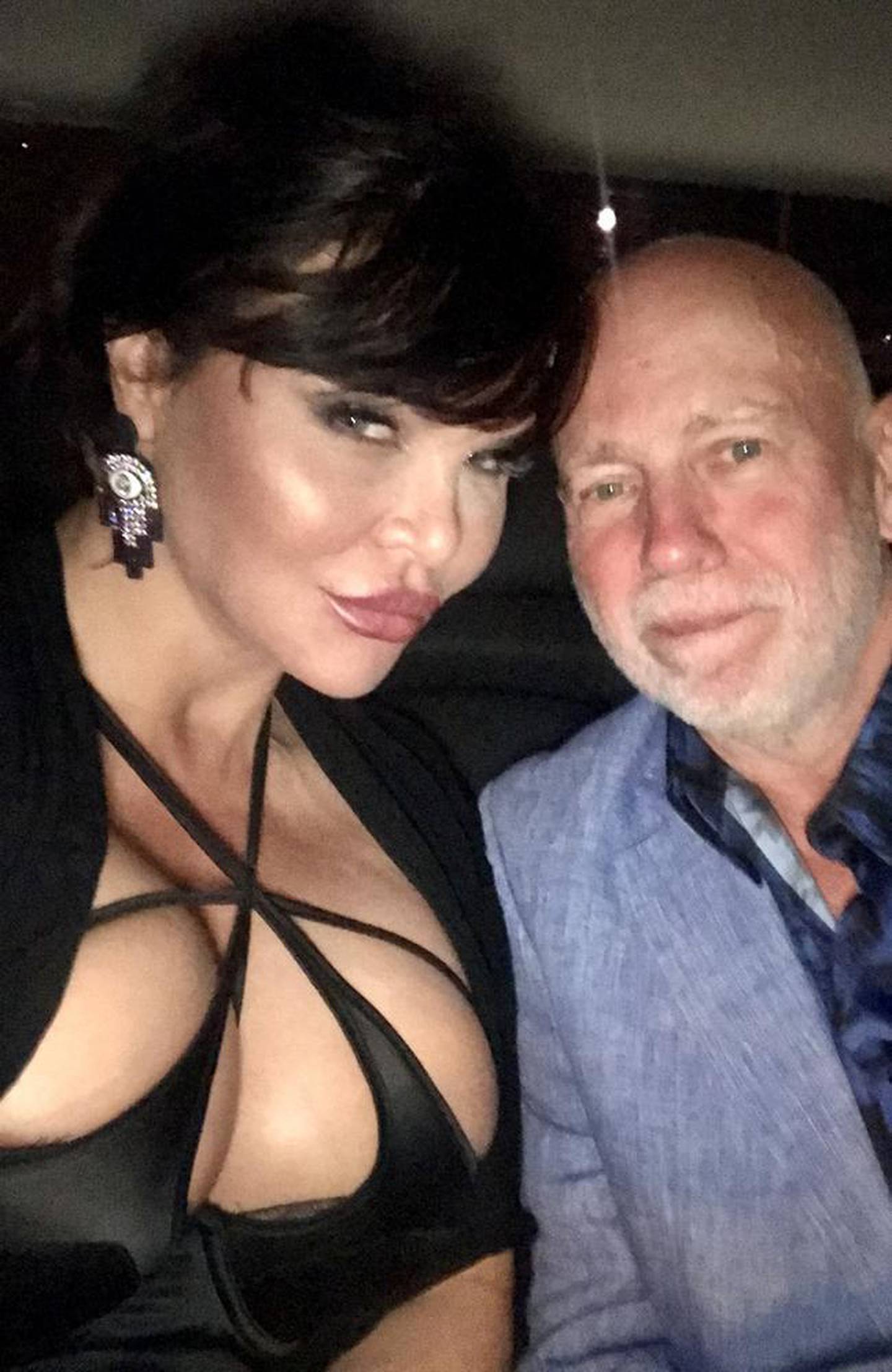 "She will include her inheritance in the mix if we live together for the next few months... that way she has time to plan her future and yes, she wants to stay married to me," the email released by Ashton said.

"If it doesn't work out, we will depart amicably, sell the house, and split the assets roughly 65:35 in my favour. That way I would end up with about 6-7 million. I said I would discuss this with you when I am in Sydney before agreeing to anything," says the email.

Last week Ashton, who is also known as Christine McQueen, said she was "helping" police with their investigation into Hanna's unexplained and sudden death.

The escort claimed she and Polkinghorne had been "boyfriend and girlfriend for more than three years".

Ashton alleged on social media this week that Polkinghorne manufactured a "divorce" from Hanna to be with her.

On May 28 this year, Ashton says she sent Polkinghorne an email claiming she remembered "clearly" a face-to-face conversation they had in Sydney.

"You described in great detail a retreat of two days with a professional relationship consultant to negotiate the finances and the divorce. You went on and in about it.

"I recall you saying you paid her out $2.5m. I remember saying to you I thought that was a bit of a low amount. You even went on to say that she was unhappy about divorcing but she agreed."

Hanna, 63, worked at Counties Manukau District Health Board as an executive project director and was involved in the Covid-19 vaccine rollout.

Police have interviewed many witnesses in relation to Hanna's death, including a barber and a female masseuse known to Polkinghorne.

In his only interview since she died, Polkinghorne described his wife of 30 years as "remarkable" and adored by her family.

In the days leading up to Hanna's death Ashton says Polkinghorne sent her, who he calls "Chrissie", video messages. In the videos, also now posted to social media, he discusses Ashton's dogs, and what they were going to do when they met up again.

Polkinghorne told Ashton he was looking forward to seeing her and didn't care if all they did was play card games together.

Ashton also claimed on social media that in July this year she received an email, purportedly from a member of Polkinghorne's family. 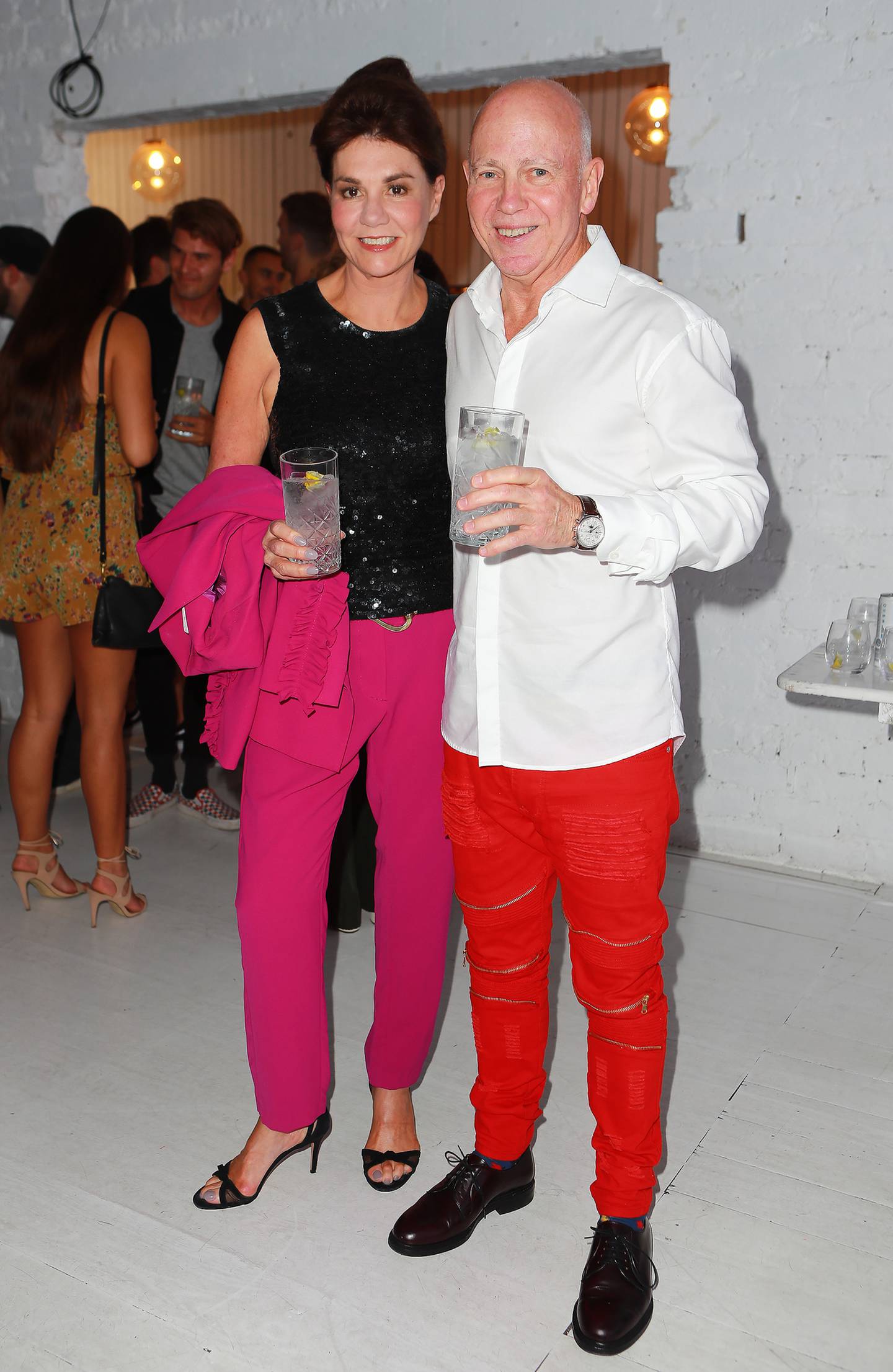 The family member allegedly wrote to her: "I know I only met you once, but I did feel we connected and that seems like such a long time ago. Can I ask, implore you even to re-connect with Philip? ... whatever he did to upset you, please forgive him. He adores you ... I have told him he is a prick and doesn't deserve you, but the question really is can you love him again?"

The email said Polkinghorne "would not hurt a fly let alone injury (sic) anyone".

In May the Herald revealed traces of methamphetamine were found at the Upland Rd residence which prompted Auckland Eye, where Polkinghorne worked, to commission an independent clinical expert to assist in a review.

Polkinghorne resigned from its board a month after Hanna's death and has since retired.

The draft report from Auckland Eye CEO, Deb Boyd, said: "The independent expert has completed the review process and has not identified any clinical concerns or instances that might require further action. The report has not yet been finalised but will be presented to the Auckland Eye board in due course. Given the report contains confidential patient information no further information will be provided."

Ashton also released a letter that Polkinghorne allegedly sent to her on April 2 – purportedly a draft of his retirement plan. He was planning to retire from Auckland Eye on February 25, 2022. The eye surgeon wanted to stop performing elective surgery because he wanted his patients to have consistent care. "I should not like to leave a patient half done as it were."

In the draft letter, Polkinghorne assured Auckland Eye that after he retired, he would not set up another practice or join another group or continue to be in clinical practice in New Zealand.

Ashton told the Herald Sun earlier this month that her relationship with Polkinghorne started as professional and included Hanna.

But after "several years" he started booking her for solo sessions.

She said in 2017 Polkinghorne took the relationship "from business to personal".

She was unaware that he and Hanna were still married and living together in their Remuera home.

Ashton claimed she and Polkinghorne were "setting up a home in Sydney" and claimed he had taken a lease on a "luxurious, high-rise inner-city apartment," where she was living.

The Herald Sun also reported that police searched a luxury $1725-a-night-suite in a "remote" Mt Cook lakeside lodge where Ashton and Polkinghorne were staying a month after Hanna's death.

The newspaper said the pair were on a "lovers' holiday". Police also searched a rental car used by the pair and took Ashton's phones, she told the Herald Sun. Ashton told the Herald Sun she was willing to help police and the investigation and has nothing to hide.

Ashton also spoke further about the night police arrived at the lodge.

The mother-of-two told the Herald Sun she and Polkinghorne were having a "romantic room-service dinner" and drinking champagne when officers arrived and "rummaged" through their belongings, searched the car Polkinghorne had rented for their vacation and seized her phones.

"I couldn't give them access to my phones-my client lists are confidential. The phones were returned months later. The owners at the Lodge told the Herald they never discuss their clients.

The mother-of-two continues to work as an escort. 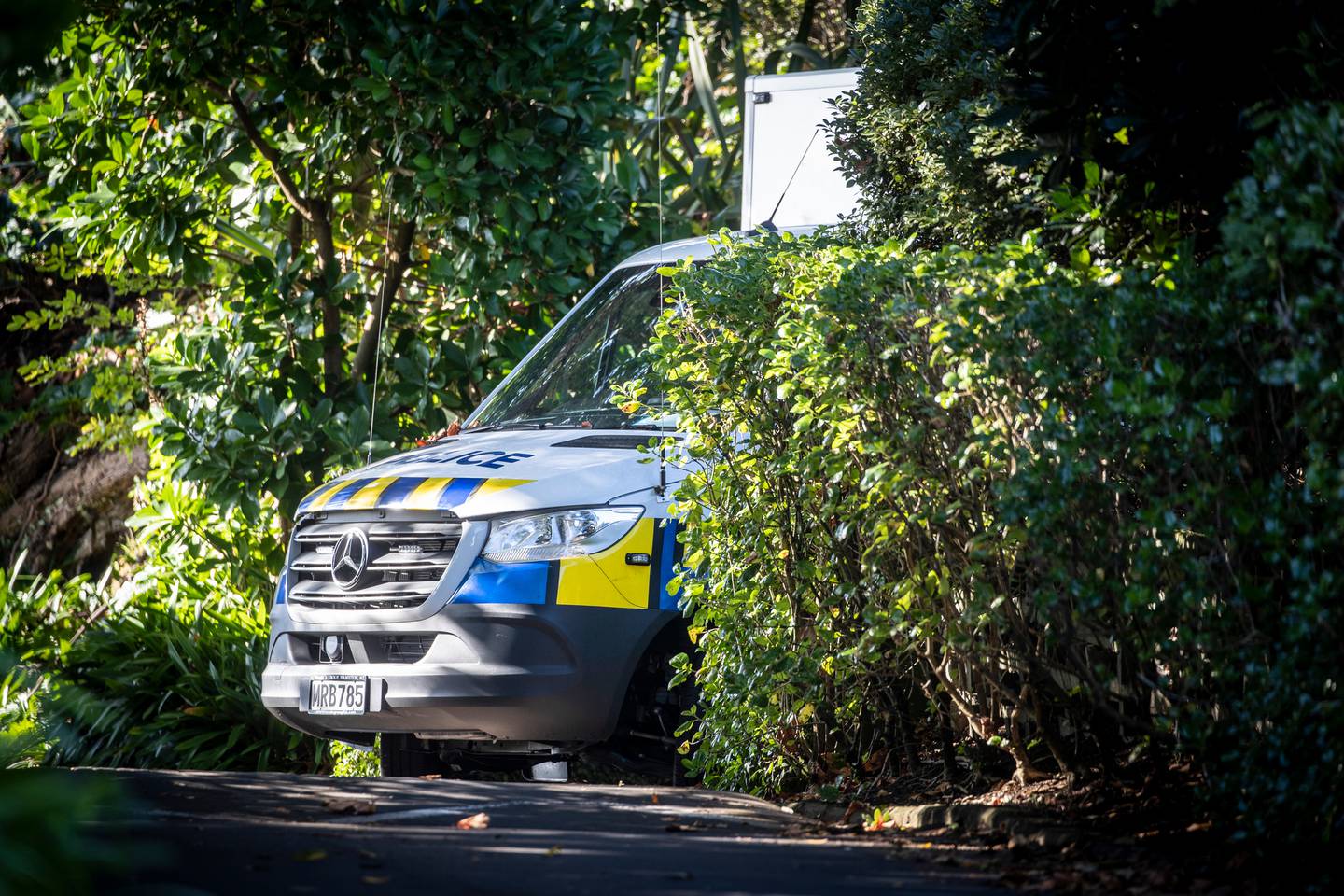 Detective Inspector Aaron Pascoe of Auckland City Police said in a statement this week: "Police are continuing to investigate the circumstances of Pauline Hanna's sudden death, which we are still treating as unexplained.

"Our inquiries remain ongoing and Police will not be commenting on specifics of our ongoing investigation. "

Last week, Hanna's friends and colleagues wrote to the Herald to say they were "gobsmacked" when they read about Polkinghorne's relationship.

They didn't want Hanna's reputation and memory to be sullied. In an email to the Herald, they wrote: "Pauline has been known to all of us as a dear and personal friend over many years and we attest to our experience of Pauline as a principled, loving, generous, kind and compassionate woman.

"We are very upset that Pauline's memory has been publicly besmirched when she is unable to defend herself. We feel compelled to speak in her absence. Pauline was loved by so many of us and we miss her every day. We hope that, in time, we will know how our wonderful friend and colleague met her premature and unexplained death. In the meantime, the ghastly allegations around her are totally incompatible with the woman we knew and loved."