One of New Zealand's most wanted fugitives has been arrested in Spain and could now be extradited here to face allegations that he masterminded one of the country's largest drug shipments.

Around 500kg of methamphetamine was smuggled into the Bay of Plenty in April 2019 when a vessel from Whakatāne travelled nearly 200km offshore to meet the mothership and pick up the drugs.

The plot unravelled a few months later when police discovered two different caches of drugs - 193kg in Auckland and 210kg in Hamilton - and realised the individual 1kg parcels were packaged in identical fashion.

Five men were charged with possession of methamphetamine for supply in connection to the two massive stashes.

But detectives from the National Organised Crime Group continued investigating how the drugs were imported, and traced the separate caches back to the single 500kg shipment into Whakatāne.

Anthony Charles Netzler, ninjutsu master and former bodyguard for various celebrities, pleaded guilty to importing a Class-A drug and was sentenced in December to 15 years and seven months in prison.

The 53-year-old Netzler had flown to Bangkok in December 2018 to meet with senior members of a criminal syndicate from the United Kingdom.

A plan was hatched, and in April 2019, Netzler travelled by boat to pick up the 500kg of meth from a catamaran at a rendezvous point in the middle of the sea.

At the time, the importation was the second largest in New Zealand history behind the 501kg of methamphetamine smuggled by boat onto Ninety Mile Beach in 2016.

However, the Weekend Herald can reveal that the police investigation, Operation Essex, did not just end with the prison sentences for those caught in New Zealand.

In a rare move, police believed they had gathered enough evidence to prosecute an Irish citizen living in Europe as the alleged crime boss who orchestrated the 500kg drug shipment picked up by Netzler.

Mark Byrne, 50, was charged in the Tauranga District Court last November with importing a Class-A Drug, possession for supply, and participating in an organised criminal group.

A judge issued a warrant for the arrest of Byrne and formed the basis of an alert to Interpol, the global network of police forces.

His location was unknown to police, according to court documents.
But just a few months later, Byrne was arrested by Spanish police in January while on holiday at a ski resort in the Sierra Nevada. "We were really blown away from the initiative and resources the Spanish police put into tracking Byrne down," said Detective Inspector Paul Newman of the National Organised Crime Group.

A Spanish court will now determine whether Byrne will be extradited to New Zealand to face the drug and organised crime charges.

Newman said the decision to seek extradition of an alleged offender was not taken lightly, but going through the complicated legal process in cases such as Operation Essex would send a strong signal to organised crime figures overseas.

"Trans-national crime groups see New Zealand as a lucrative market and are trying to flood our country with drugs which really attack the heart of our communities and whānau," said Newman.

"These types of arrests send a clear message that the world is getting smaller, that global law enforcement agencies are better connected and are working together to track down and hold these [alleged] offenders to account." 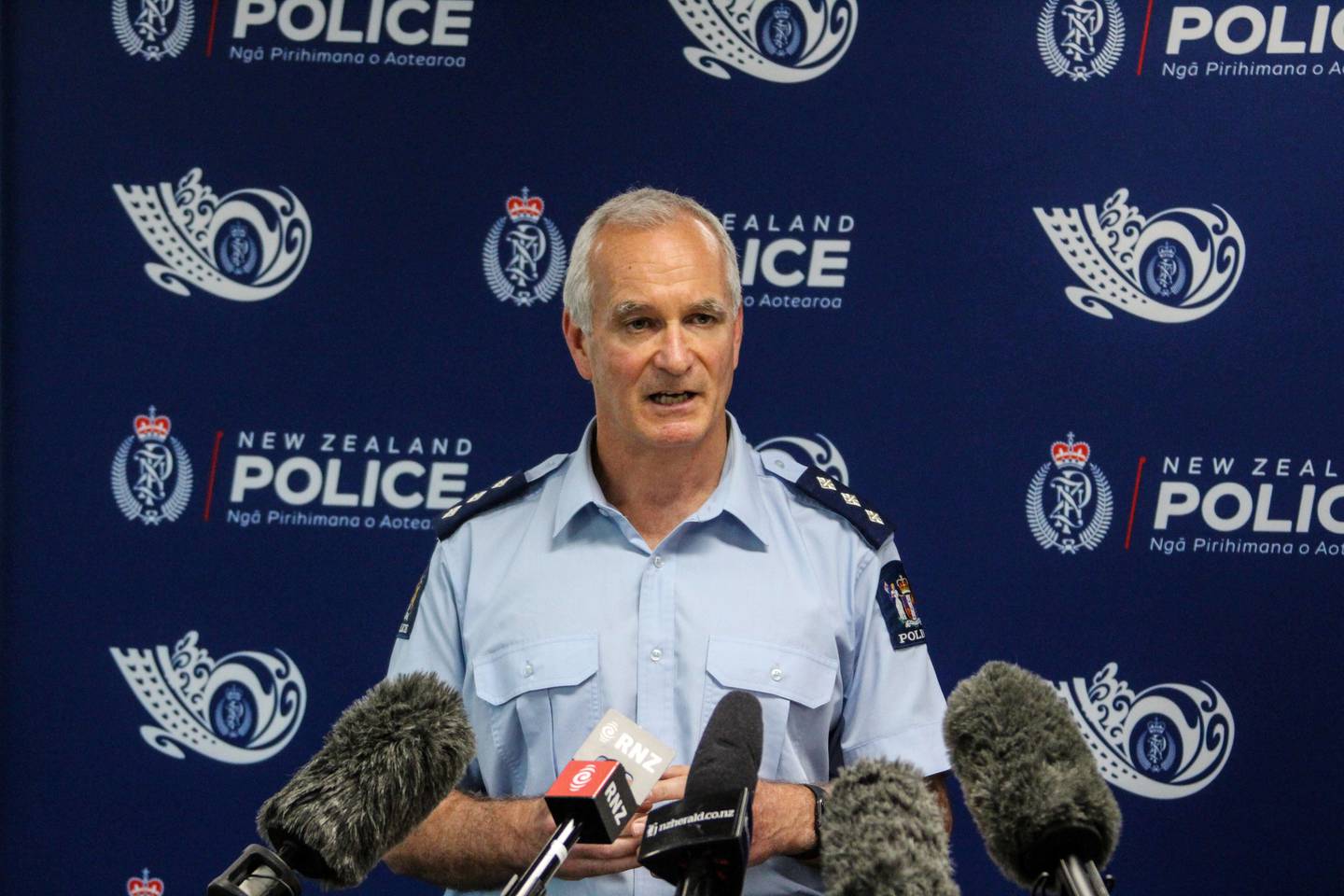 If the extradition of Byrne is granted, the return of an overseas-based defendant alleged to have sent such a large amount of drugs into New Zealand would be a rare achievement.

In recent years, New Zealand has forged closer relationships with law enforcement agencies around the world to more effectively combat the cross-border nature of organised crime.

While some alleged drug dealers have been extradited to stand trial, others like Duax Ngakuru - the Comancheros kingpin living in Turkey - remain out of reach so far.

New Zealand is a small drug market, but one of the most lucrative in the world.

A kilo of methamphetamine, worth just a few thousand dollars in south-east Asia or Mexico, can command a price here of anywhere between $100,000 to $180,000.

These wholesale prices mean the 500kg shipment smuggled by Netzler would be worth at least $50 million.

These profits attracted the attention of global organised crime groups and led to a radical shift in New Zealand's criminal landscape.

For many years, a kilo of methamphetamine was considered a significant drug bust, and the record of 95kg discovered during Operation Major in 2006 was seen as an outlier.

But since 2015, New Zealand Police and Customs have noticed an upswing in the size of shipments of methamphetamine, and increasingly cocaine, to the point where 100kg is now almost routine.

Operation Essex is one of the recent police investigations where the true scale of organised crime in New Zealand can be revealed.

The inquiry started with a tip from the Queensland police in July 2019, according to court documents.

A stash of 766kg of MDMA, a Class-B drug better known as ecstasy, had been found at a property in Brisbane.

A British citizen arrested at the address had been staying at an Auckland apartment room just 10 days before - information the Queensland police gave their New Zealand counterparts.

Detectives executed a search warrant at the Auckland apartment and found 193kg of methamphetamine in boxes stacked inside the wardrobe.

At that time, it was the third largest amount of meth ever found in the country. 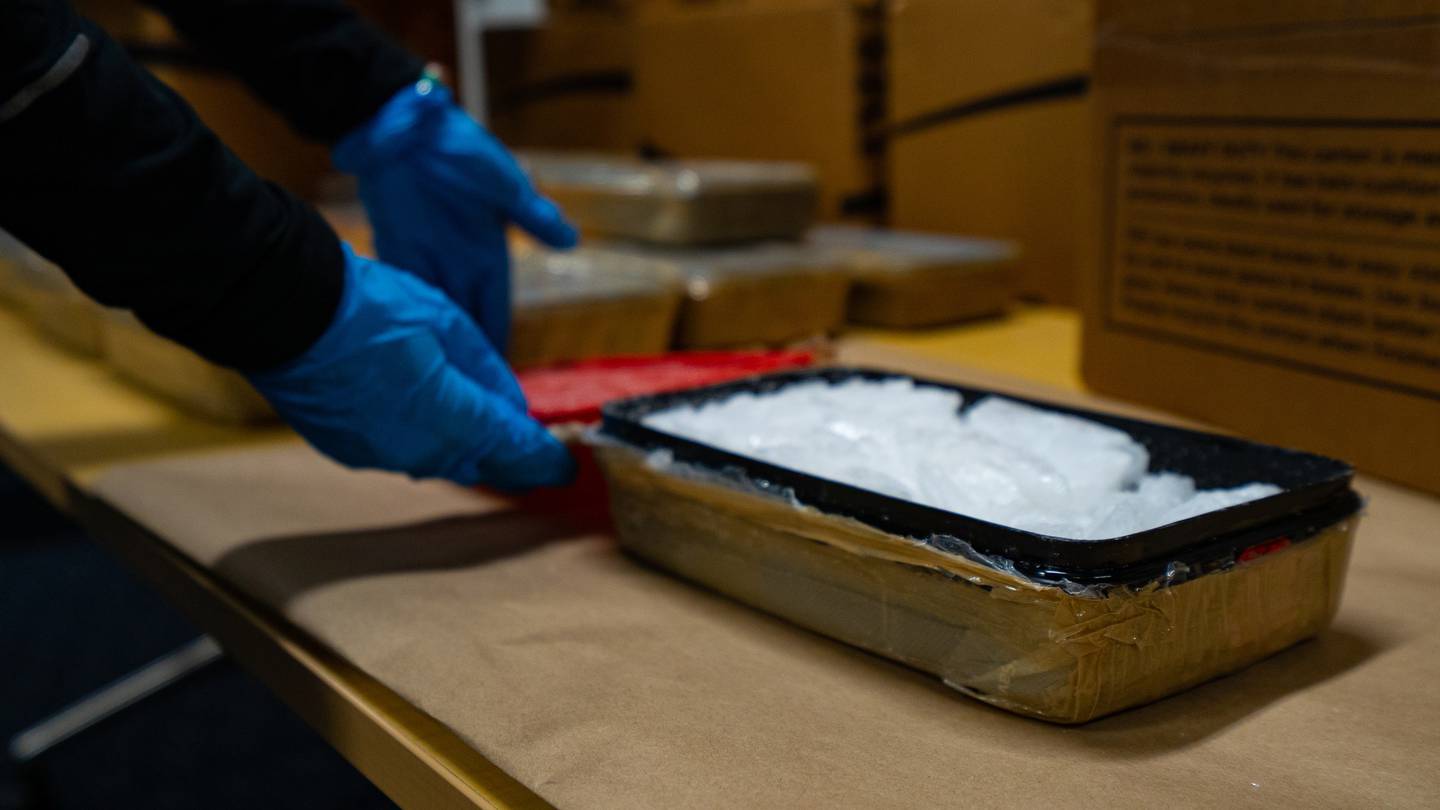 Operation Essex found 193 packages of methamphetamine, each weighing 1kg, inside the wardrobe of an Auckland apartment in 2019. Photo / Supplied

Two British citizens, Neil John Wilkinson and James Edward Woodley, were both convicted of possession of methamphetamine for supply.

That might have been the end of the matter, but a few months later police found another 210kg of methamphetamine in Hamilton. The drugs had been packaged in an identical manner to the 193kg found in Auckland.

Two men who had flown in from Australia were charged with possession of methamphetamine for supply. The pair have pleaded not guilty and are yet to stand trial.

Operation Essex, led by Detective Sergeant Mike Beal, traced both the Auckland and Hamilton drug stashes back to Netzler, who lived in Mt Maunganui.

Netzler had recently returned to New Zealand, after living in Japan for most of his adult life.

He was a minor celebrity in his adopted country as a master of the martial arts who'd won national championships and appeared in popular variety television shows as a competitor.

Netzler travelled the world as a professional bodyguard for the rich and famous, but returned to New Zealand after the devastating tsunami in Japan in 2011 destroyed his family's home.

He established a ninjutsu dojo in Mt Maunganui and kept working in security, with a stint protecting AC/DC drummer Phil Rudd.

But Netzler also maintained connections with a serious international criminal syndicate who used him as a "trusted broker" to make arrangements in New Zealand for the 500kg import, according to Justice Melanie Harland who sentenced him.

"A spectacular fall from grace," the judge said.