Auckland mayoral candidate Craig Lord and his son went to hospital with minor injuries after an altercation with a "drunk and/or ... drugged" driver near their home in Blockhouse Bay.

In a Facebook post last night, Lord said he had seen a car spinning its wheels in the rain before losing control, sideswiping his neighbour's car and driving off.

He had gone door knocking to find the culprit when he encountered the alleged driver, who Lord said was "drunk and/or heavy on drugs".

"I asked if it was his car. He responded with a swing. Anyway, I wasn't going to let that happen again so I took him down – hard. Let's just say the ratio of hits was in my favour." 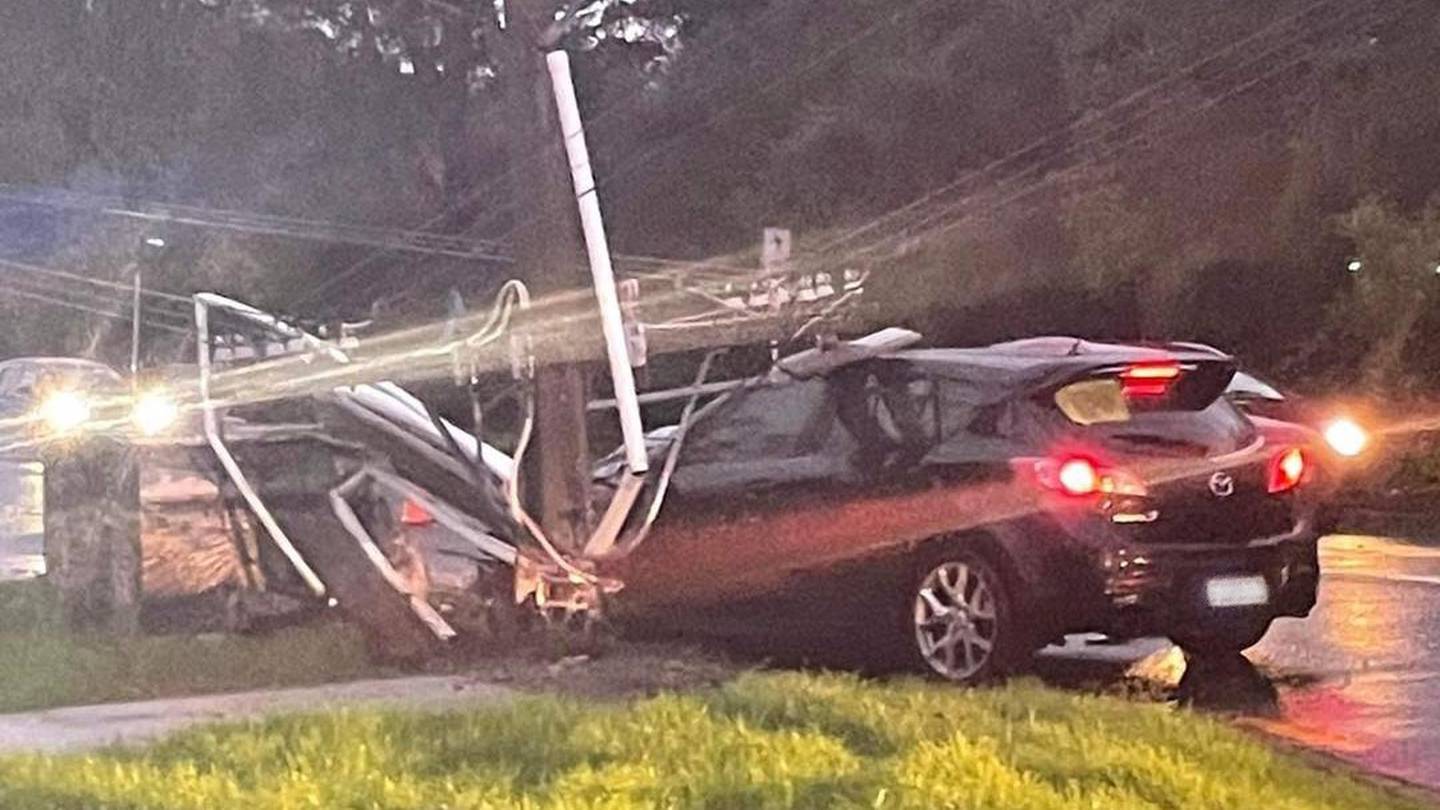 The crash brought down a power pole on Portage Rd in New Lynn. Photo / Facebook

Lord's wife called police, while he, his son and two neighbours struggled to hold the man down while waiting for police.

They helped cuff the alleged offender who was taken away, Lord said.

"It took some work. The a****** could've killed someone, but thankfully he only destroyed two cars and a power pole," Lord wrote.

Lord – who posted a photo of his bloodied face – said he had a new "battle scar" along with bruised ribs and scratches. He was "proud as hell" of his son who had bruises and tender ribs.

The pair were taken to get medical care by ambulance, despite Lord's protests that he would miss the Super Rugby final.

He praised hospital staff who were doing an "outstanding job".

He and his son both required X-rays on their ribs, and Lord's forehead cut was glued back together – though he expects a "Harry Potter scar". He had also been given a tetanus shot.

Police confirmed they were called about 4.50pm yesterday to a Blockhouse Bay address after disorder was reported and "at least one person was allegedly assaulted".

Police said a 21-year-old man was arrested and faces charges of wilful damage, assault, careless driving and excess breath alcohol. He will face court next week.

This is Lord's second run for Auckland mayor – he came third in the 2019 election. A recent Ratepayers' Alliance-Curia poll had him in fifth place on 16 per cent, behind Efeso Collins, Leo Molloy, Viv Beck and Wayne Brown.

The former engineer and media consultant said his goals for the city include focusing on core services and cutting spending on contractors and "niceties" like public art.