A man has been arrested after shooting at a car in Māngere - one of a series of shootings in Auckland last night.

The 65 year-old man will appear in Manukau District Court today on firearms charges.

No one was injured in the incident on Woodward Rd, Māngere Bridge, in which police said a firearm was discharged at a stationary vehicle just before 8pm.

A large police presence, including the Armed Offenders Squad, responded and took the suspect into custody.

Police were seen carrying weapons at the scene. Police and Armed Offenders Squad at the scene of a shooting in Māngere Bridge last night. Photo / Hayden Woodward

It was one of four shootings across Auckland yesterday.

Police were also called to attacks in Massey, Favona, and Ōtara.

Earlier in the evening, police were called to a house on Doone Place, Massey, after reports of gunshots.

A spokesman said a group of people left the house in a car after the firearm was discharged around 6pm. There were no injuries.

Police attended, but the car had not been located. An investigation is ongoing.

Just before 7pm, police were called to Ashmore Place in Favona after reports a house had been shot at. No one was injured and police are investigating. 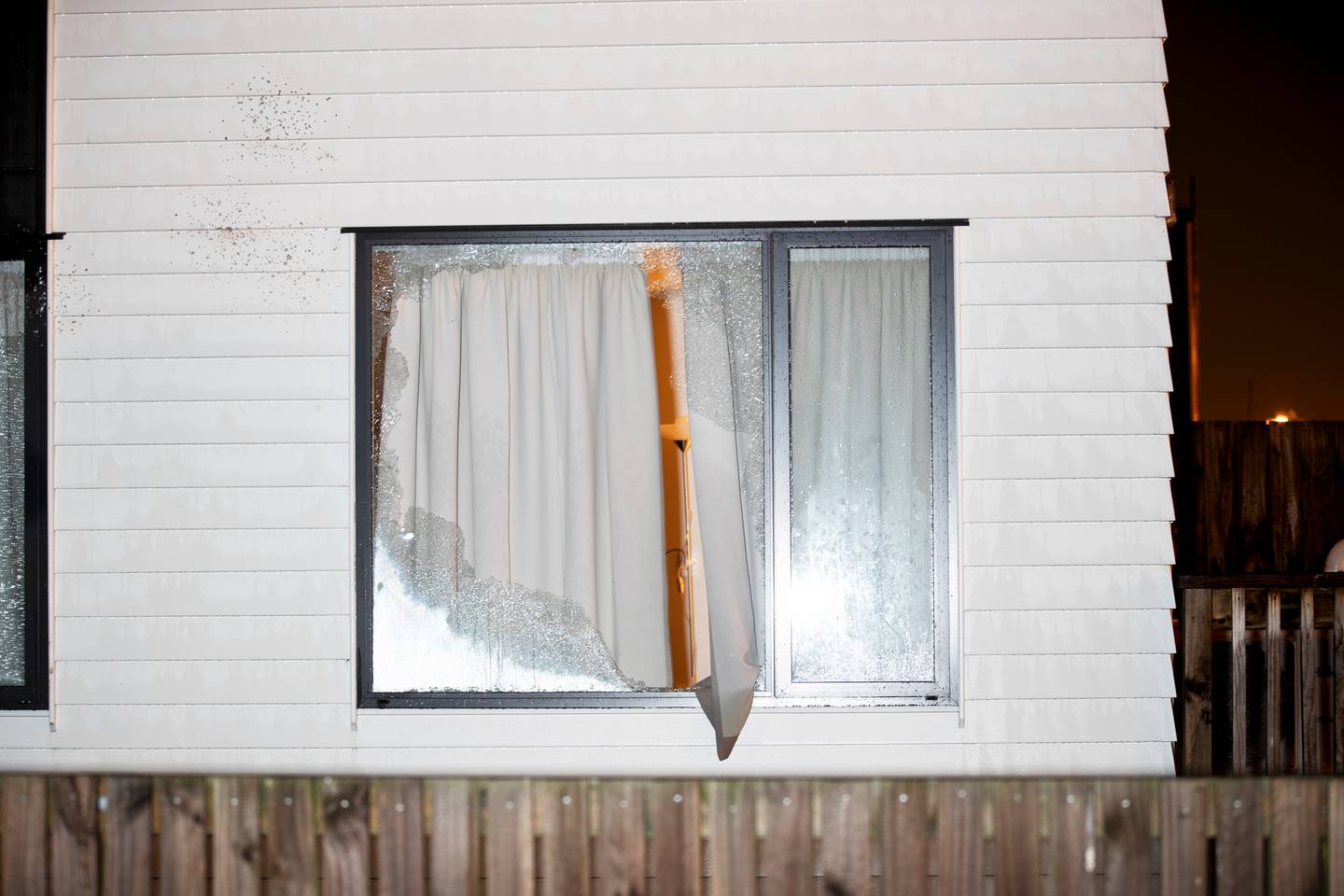 A window shattered by gunfire at a property in Favona. A resident found 10 shotgun casings on the street outside. Photo / Hayden Woodward

Video recorded by a Favona resident showed locals counting 10 shotgun casings on their street after the shooting. Some of the windows at the house had been shattered by bullets.

A neighbour of the house targeted in Favona told the Herald: "Innocent people could have been caught in the crossfire".

He said the shots could have hit his family and he is thinking of moving or leaving the country.

"This is getting out of hand," he said, referring to the more than 20 drive-by shootings across Auckland during the past fortnight.

Police continue to make inquiries into reports of a person firing a gun from a vehicle near Bairds Rd, Ōtara.

The incident was reported to police at about 2.10pm. There are no reports of injuries.

Police Minister Poto Williams revealed earlier this week there had been up to 23 driveby shootings in Auckland in the past fortnight, all linked to two gangs.

The gangs are believed to be the Killer Beez and the Tribesmen, who were previously allies but are now in open conflict.