A prominent anti-vaxxer was Tasered by police and arrested after he refused to wear a mask while shopping – and it was all caught on video.

Brad Flutey, who once stood for political office under the banner of the Social Credit Party, was filmed outside a Liquorland in Whangārei's Paramount Plaza after police responded to reports of him abusing staff when he tried to shop without a mask.

Whangarei Acting Inspector Darren Sullivan said police tried to speak with the man, however he continued to be aggressive towards them. 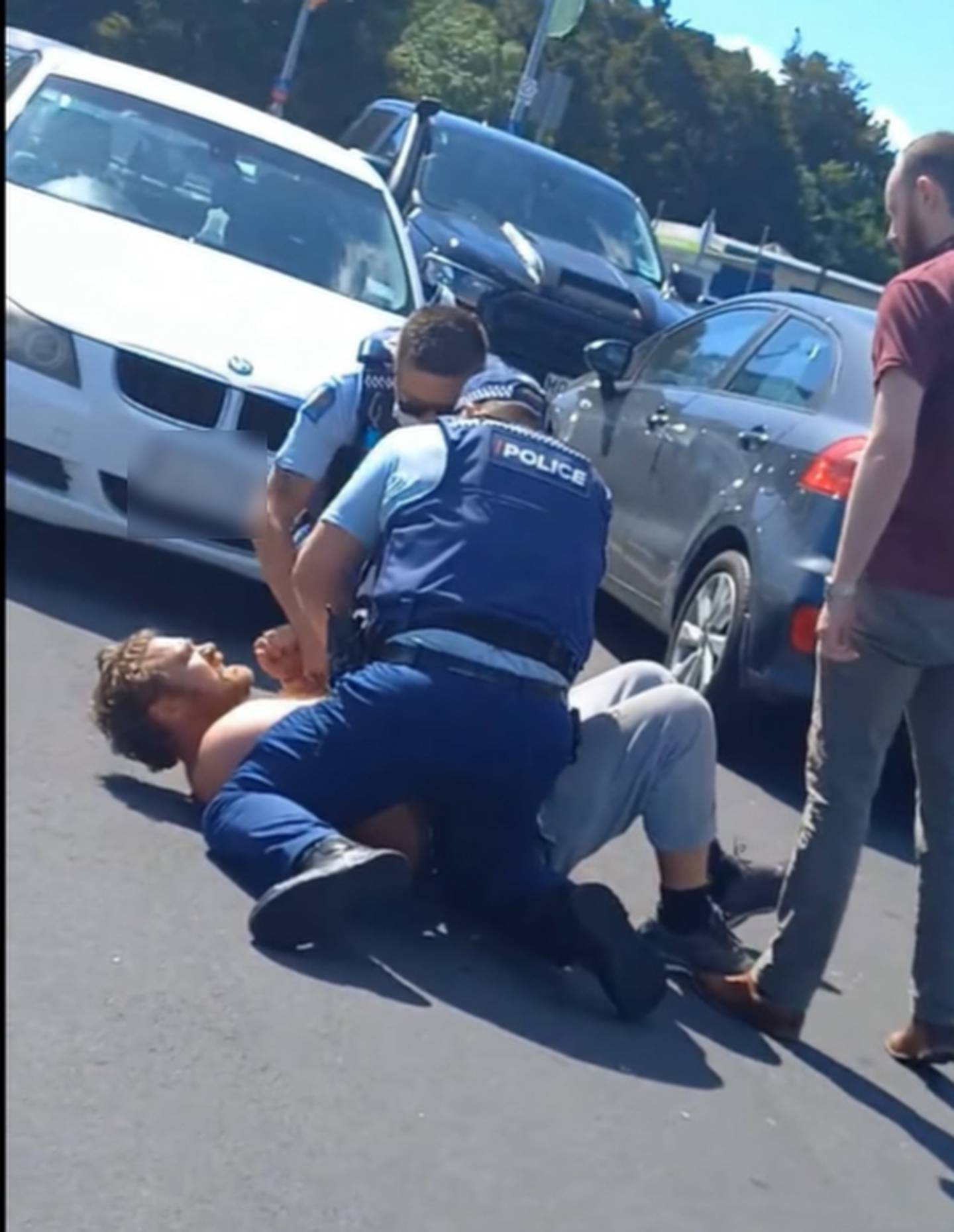 Brad Flutey was tasered and arrested by police. Photo / Facebook

Police warned the man about his behaviour but he continued to act "in a hostile manner" so was arrested, Sullivan said.

Police say that Flutey's "violent" resistance meant they had to use a Taser to subdue and arrest him.

Video shows a long struggle between Flutey and police that includes Flutey kicking an officer to the ground.

An unrepentant Flutey took to social media to protest his innocence and insult police.

Newshub report that Flutey claimed on Telegram that he was pepper-sprayed after choosing to leave the shop and then "assaulted by corporate enforcement officers" and Tasered.

"The offending enforcement officer who claimed to be acting under the office of constable got put on his arse because he kicked me in the nuts by way of excessive force," Flutey said of his violent struggle with officers.

"A blue corporate piggy is either going to be fired or apprehended by the lawful."

Police confirmed that they are looking to charge Flutey.