A popular Māori carving at Cass Bay near Lyttelton was vandalised over the weekend.

The statue, Kōauau o Tāne Whakapiripiri, is at Pony Point Reserve between Rapaki Bay and Cass Bay and is part of a popular walking track in Governors Bay.

A post on Twitter included pictures of the destruction and said they were "absolutely furious and devastated to hear of this act of pointless vandalism at Cass Bay". Police confirmed they have received a report of willful damage to a pouwhenua and want to hear from anyone with any information.

The pou was one of two that were gifted and installed in the Lyttelton area in 2012.

Kōauau o Tāne Whakapiripiri was installed at Ōtūherekio and marks a modern boundary between Rāpaki territory and Kemp's Deed - a post treaty document. It also marks where Māori called their guests onto the marae.

The pou was carved by students at the Whakaraupō Carving Centre Trust in Lyttelton where the traditional Māori art of carving was taught.

On installation the then deputy mayor Ngaire Button said that placing the pou "was a way of celebrating the goodwill and sharing between Pākehā and Māori that happened in early colonial times and this is a genuine bicultural acknowledgement of the histories of Christchurch and the harbour basin". 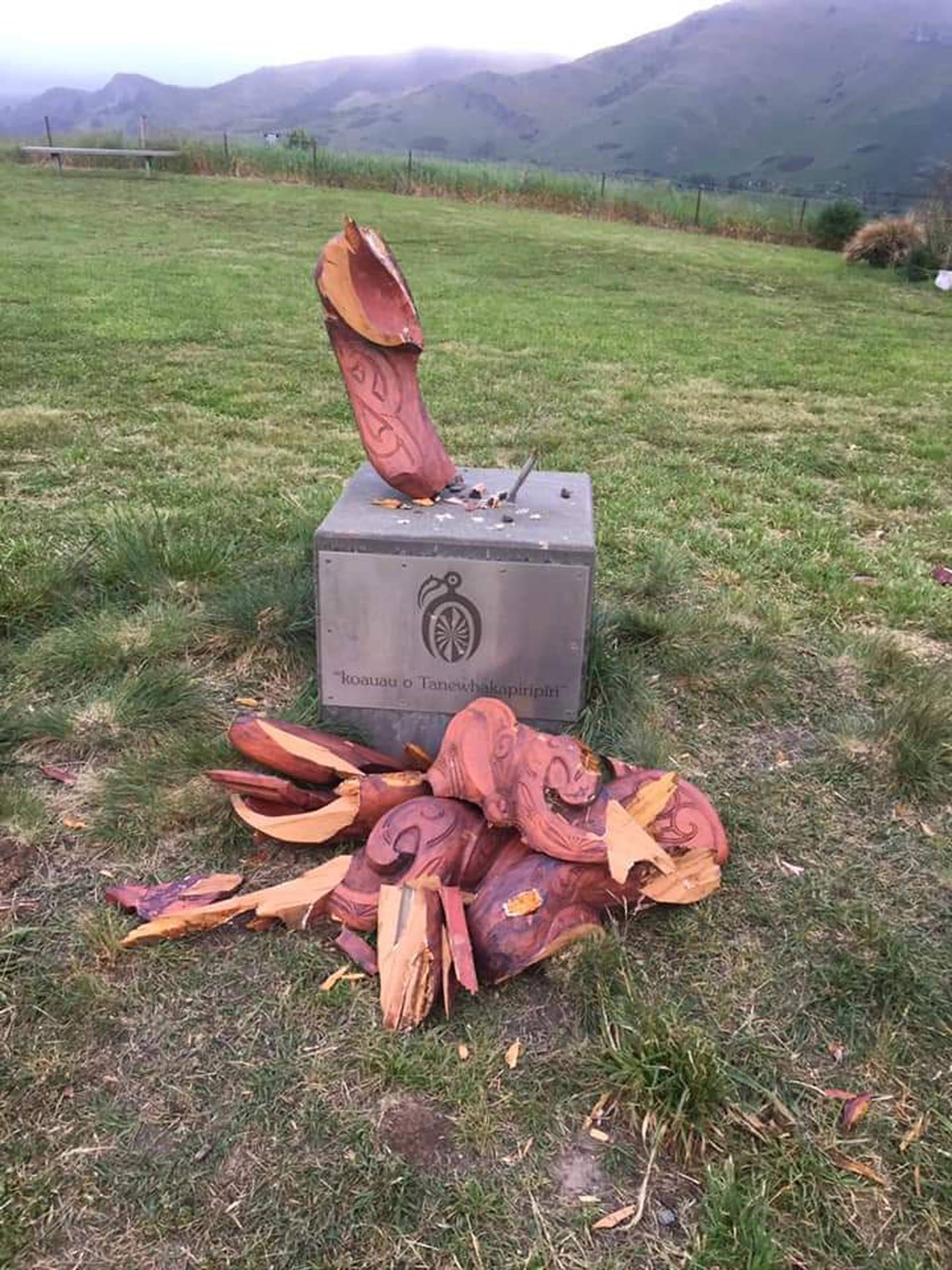 The remains of the destroyed carved pouwhenua at Pony Point Reserve in Cass Bay on Banks Peninsula. Photo / Supplied