The Christchurch City Council has decided to develop a preliminary design for a 25,000-seat stadium.

Councillors attended the four-hour long extraordinary meeting, called during a recess week, to approve and modify the design of the key multi-sporting facility missing from the Christchurch landscape since the earthquakes.

Late last month the council was advised that the contract price estimate for the stadium had increased by $130 million over budget.

The report, according to Mary Richardson, General Manager of Citizens and Community identified "the increase was largely due to the increase in the size of the building getting bigger with additional seats and the concourse."

The increase was also due to the large increase in construction costs, especially steel, and given the Covid-19 recovery around the world.

What needed to be determined was the minimum sports mode seating capacity.

It was proposed that the minimum seating capacity for sports events was reduced to 25,000 and would include a U shaped concourse. It was also a better turf solution and to retain acoustics for concerts.

Nigel Cox, head of recreation sport and events said the level-one concourse was "prioritised as being more important than the additional 5000 seats from 25,000 to 30,000 if the budget didn't allow for both".

"The 25,000-seat capacity would cater for most sporting events with the exception of a super rugby final and an all back game, and any one-off events that come to the city."

And that "their dream is for a new multi-use arena to be a quality home ground for the Crusaders and the recommended design direction ticks all the boxes." 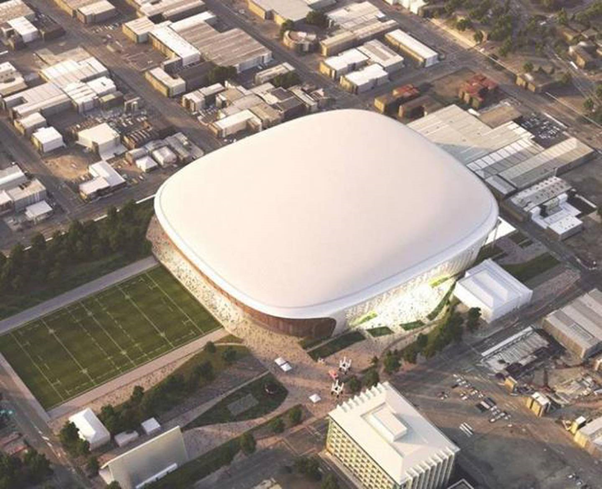 Caroline Harvie-Teare, chief executive of Venues Otautahi, told councillors that the recommended option of a 25,000 seated capacity "delivers on all the core fundamentals including turf health, with the level one concourse an enhanced guest experience."

Crucial to the decision was the health of the turf under a roofed arena.

Andres Rutledge, head of parks said while there had been a lot of discussion around seat numbers, the turf doesn't work for one seat or 30,000 seats and that there have been disasters around the world with complex stadium builds where "trying to keep something natural and alive in an artificial environment has created significant cost challenges for the owners of those venues going forward."

The agreed option would take "the stress away from every multi-use on that turf " and while there will be a need for "replacement turf", under the concerned design "this will be significantly reduced and we are talking about funds that are not budgeted for."

Despite today's decision Richardson told councillors that the "project still has risk of future cost escalation given we are still in "the early stages of design" and operating in a "Covid and post-Covid environment."