A woman behind the $300 million development of New Zealand's second-tallest building has had her assets frozen in Australia by a court order. 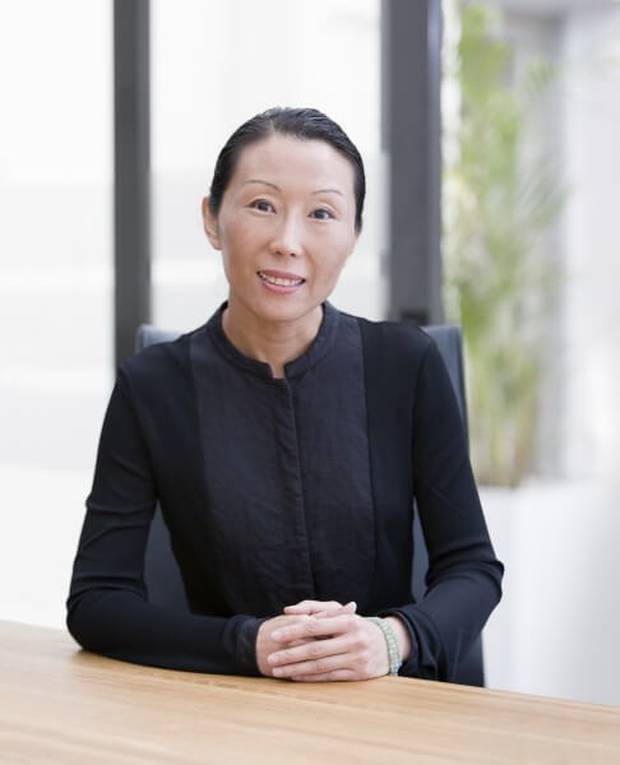 Once complete, the Pacifica will be second to the Sky Tower among the tallest edifices in the country.

A luxury home in Brighton in Melbourne, an Aston Martin, a Rolls Royce, and a A$106 million loan from a family trust have been frozen, according to court documents.

The Australian Taxation Office issued an amended assessment five days ago to Wang totalling A$103 million for the 2015 and 2016 years.

The Herald reported last month how the superstructure of the Pacifica apartment tower was now 70 per cent complete, changing Auckland's skyline and reaching the same level as the top of the nearby Vero Centre.

The apartment block has already reached the same height as the 40-level Vero Centre on Shortland St.

The court decision referred to evidence that Min Wang had "made false statements in her income tax returns for the 2014 and 2015 income years about her interests in China by representing that she did not have assets located outside Australia with a total value of more than $50,000 and did not have an interest in any controlled foreign company, when information obtained by the Australian Taxation Office in the course of its review and audit of Ms Wang's taxation affairs for those income years showed that in the 2014 income year, Ms Wang held shares in three foreign companies (Shandong Hengyi Investment Co Ltd ("Shandong"), Weifang Hengyi Property Co Ltd and Changyi Liyang Commercial Development Co Ltd) and, in the 2015 income year, continued to hold shares in Shandong, and that her shareholdings in those years were worth substantially more than $50,000 at the time."

The decision also referred to further evidence she "gave misleading information to the Australian Taxation Office concerning the funding of the purchase and development of the property at 199 William Street, Melbourne by Hengyi Australia Pty Ltd, a company of which Ms Wang is a sole director and shareholder."

In Auckland, the Herald has reported how Pacifica's core is rising fast, internal fit-outs are underway on lower levels and the distinctive curved or twisted cladding feature has clearly emerged at the site at 10-12 Commerce St.

The 282-unit project is being developed by Melbourne-headquartered Hengyi Pacific and built by Australian highrise construction specialist Icon Co.

Plans for The Pacifica. Photo / supplied

It will be around 178m tall, on the site between Gore St and Commerce St.

"[The] structure is now 50 per cent complete with floor slabs at level 25 and core reaching level 29. The façade installation is well underway with the feature ribbons starting to take shape on the exterior," the project's web site said in July.

Two years ago, on the ground floor of his offices on Collins St in Melbourne's CBD, Hengy's Dean Fossey had models of the company's The William and Swanston Central developments. Also based in that office is Hengyi chairwoman and founder Min Wang, originally from China, and director Lu Xing, also originally from China but in Melbourne for more than 20 years, the Herald reported in 2017.

Aged in her late 40s, Min Wang is said to be a billionaire as a result of developing buildings in China. Her CV shows she has an MBA from Beijing University. Her partner, Liang Chen, is Hengyi president but while she lives in Australia, he remains in China.

The Pacifica is due to be finished next year and it has far outstripped nearby Customs St East rival Seascape, also planned to be 57-levels but at 187m, 9m taller than The Pacifica's 178m.

Icon, building The Pacifica, is "70 per cent backed by Japan's Kajima Corporation, and is scheduled to complete the ambitious project by October 2020" and Hengyi Pacific is a Melbourne-based developer "with ties to Chinese developer Shandong HYI".