The applicant was Microsoft NZ - 100 per cent owned by a Bermuda entity but ultimately controlled by Microsoft Corporation in the US.

"The investment involves the acquisition of interests in land for the operation of data centres, the value of which is not yet confirmed but will exceed $100 million," the decision says.

It adds, "The Minister of Finance has determined that the Investment is not contrary to New Zealand's national interest." 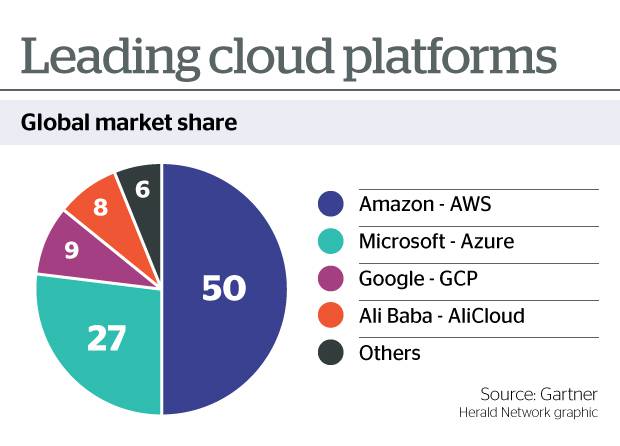 The proposed data centre was announced by Prime Minister Jacinda Ardern on May 6, who described the data centre as a "significant investment" that "serves as a signal to the world New Zealand is open for business and quality investment".

Microsoft has yet to put a timeline on the project, but it did recently name Fonterra and Spark as anchor customers for the new facility.

The local data centre should also help Microsoft win more business with certain government agencies, financial institutions and others where data sovereignty - keeping data within NZ's borders - can be an issue.

The build will make Microsoft the first of the Big Three cloud computing providers to break dirt in NZ.

Microsoft has around 100 data centres worldwide.

The investment involved can easily run to hundreds of millions. Google for example, recently unveiled a US$1.2 billion (NZ$1.98b) plan to build two new server farms in the US.

Globally, Microsoft's "Azure" holds around 27 per cent cloud computing platform market share, according to a recent Gartner survey, putting it between market leader Amazon with its Amazon Web Services (50 per cent) Google with its Google Cloud Platform (9 per cent).

Cloud technology already accounted for 15 per cent of the US$1.56 trillion spent on IT worldwide last year — up from 7 per cent in 2015, according to analysts at Morgan Stanley. They predict that the increased reliance on the cloud with pandemic remote-working will only cause this shift in IT spending to accelerate.