A Waiheke Island property sale yesterday could top this year's New Zealand residential price records but the southern sale last week of a high-profile property at the centre of a helicopter fight so far holds the official top spot.

"The highest sale price we have [this year] is 704 Malaghans Rd in Speargrass Flat, Queenstown, which sold for $13.9m on 27 June 2019. It's a lifestyle property," Goodall said today.

The record was set in advance of the transfer of Waiheke Island's Te Rere Cove which Goodall said had not yet shown up on official documents.

Speargrass Flat is rolling rural country near Queenstown, in the basin but with extensive alpine vistas near Arrowtown. That property and its owner billionaire Tim Roberts has been in the headlines since he bought it just two years ago.

Australian Tim Roberts of Perth got official state clearance to buy 704 Malaghans Rd in 2017, the same year he bought the 39ha Walter Peak Station for $14.8m. 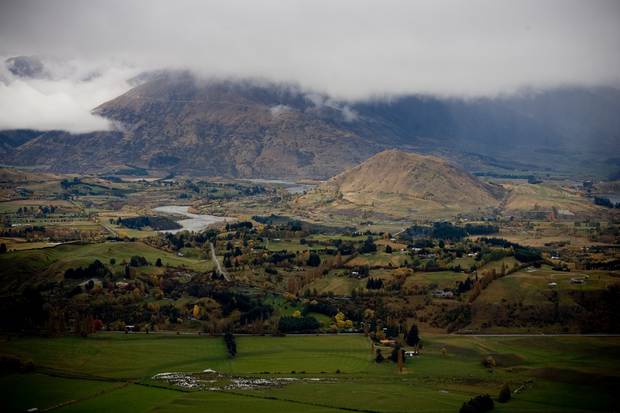 The property is classified as sensitive land and being of a special character or nature, hence state involvement in his purchase.

Last year, Roberts applied to the Queenstown Lakes District Council for a resource for a helipad on his property.

His non-complying application sought 150 flights a year, a maximum of 20 flights a month and seven flights a week. Flights were classified in his application as "one trip in and one trip out." No physical work was sought to be undertaken on the site. The chopper would take off and land to the north of an existing shed.

Assessment documents said: "The applicant owns other land within the Queenstown-Lakes District including a farm at Walter Peak and Halfway Bay. The primary use of the helipad is to allow the application to commute to and from these locations. This will save time and decrease the amount of road vehicle traffic to and from the property. The Walter Peak site is difficult to access by road while Halfway Bay Station has no road access."

Roberts got consent but in January this year, the Herald reported how neighbour Allister Saville and wife Diane appealed that to the Environment court just before Christmas.

In April this year, Roberts asked the Environment Court to declare flights to and from his 12ha Malaghans Rd property were permitted under district planning rules.

He argued the flights were "ancillary to farming activities'' - supporting operations on his two high country farms - and did not need resource consent.

Judge Jane Borthwick declined the application in her decision in May, saying the flights were for a "different activity and an end in itself''.

Today, it was revealed that Auckland property financier Martyn Reesby bought just over half or 8.8ha of the 13.8ha Te Rere Cove, passed in at auction in October for $18.5m but valued last year at $24m.

Reesby might not have paid anywhere near the $18.5m or the $24m, as he only bought a little over half the place.

Reesby, agents Graham and Ollie Wall and vendors David Parkinson and Dee Crawford are understood to have signed non-disclosure agreements.