A modest two-bedroom brick property has gone under the hammer for more than double its CV, with the Auckland house now set to be bulldozed by its new developer owner.

The house sellers were left "flabbergasted" when the Point Chevalier house sold - for $4.29 million.

It was the first time the Point Chevalier Rd home had been on the market, having been owned by the same family for 80 years.

The Point Chevalier Rd house had a CV of $2.075m. Tsang said it was the largest over-CV sale he had ever dealt with.

Sub-dividable Auckland properties with development potential are particularly sought-after by developers, with many attracting strong prices.

According to the latest OneRoof-Valocity Property Report, just 16% of the city's suburbs have median property values of less than $1m. That's down from 25% last quarter and 52% a year ago. In the year since lockdown ended, house prices in many Auckland suburbs have accelerated more than 40%.

Tsang said the average current sale price was about $3800 per sq m, however this latest sale equated to $4800 per sq m.

The final sale price was well over the vendors' expectations, he said.

"I think they were flabbergasted. They couldn't believe it.

"It was quite an emotional day for them."

The couple now planned to buy a house outside Auckland and look to share further profits with other family members. The house is just a block from the beach and Coyle Park. (Photo / Jason Tsang Barfoot and Thompson)

The developer who bought the property was now looking to build "two to three high quality homes", Tsang said.

"It's a lovely spot. It's very close to the beach, they're going to have fantastic views. They can walk to the beach or local cafes."

However, he told other prospective buyers not to be too disheartened by this particular sale. There was usually a big mix of people that flocked to auctions, this one just happened to attract a lot of developers.

The 889sq m section was a developer's dream.

"There's not many sections like that available in the area. We are finding there's a really big, insatiable appetite for land.

"For houses, it's usually a big mix. This one was just developers."

Owen Vaughan, editor of NZME-owned property listings site OneRoof.co.nz, said Point Chevalier's median property value had jumped almost half a million dollars in the past year to just over $2m - making it one of Auckland's hottest suburbs for real estate.

"Family homes with 'wow factor' in Point Chev can often fetch more than $3m at auction but the properties attracting the record sums are typically less high-profile.

"Developers have been paying big money for houses sitting on large chunks of land zoned for intensification."

Loan Market mortgage broker Bruce Patten said the Point Chev property was regarded as high density, which meant developers could do what they liked - build three storeys high, or a maximum of 11 metres.

A developer paying $4.3m for a property would have to pay another $300,000 to subdivide, meaning each section was already worth $1.5m. 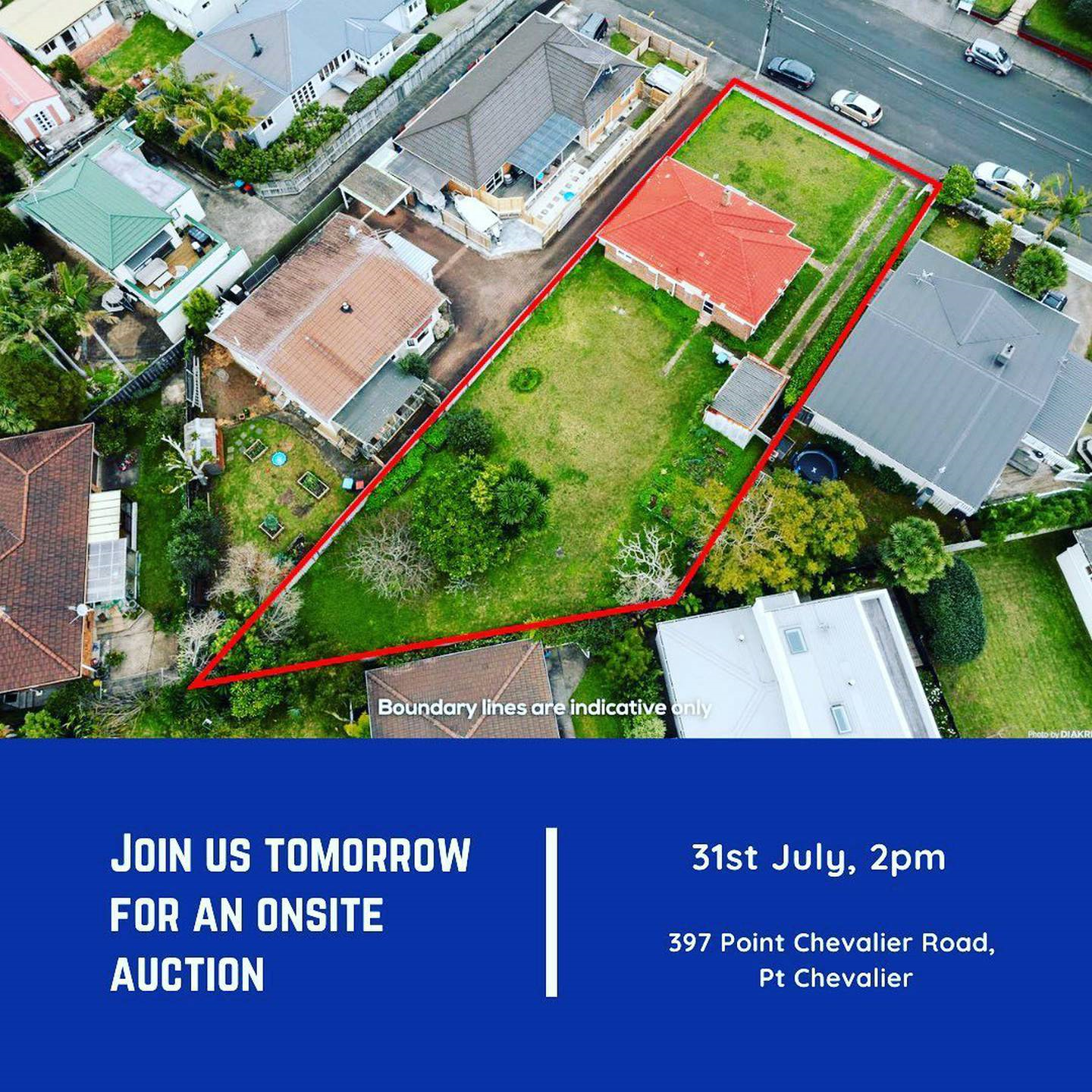 The property is 889sqm. The house will be demolished to make way for two to three "small high quality homes". (Photo / Jason Tsang Barfoot and Thompson)

"You're spending $4.6m before you start which means each section is worth $1.5m and is going to cost them at least a million per house, at least, if they're going to be high quality, so then you've suddenly got three houses at $3m each.

"I do start to question when does it become uneconomical for them to make it viable for themselves."

As for any disheartened first-home buyers, Patten said they would never have been in the picture.

"The thing is, first home buyers really aren't in that ability to buy sub-dividable sections.

"First home buyers are buying the cross lease sections or the ones that have already been subdivided. They're not competing with a developer or an investor, so these kind of purchases are just out of touch with any of the first, second, third home buyers, even."

Patten regarded the property's sale price as "definitely up there", but simply reflected where it is and what the buyer could do with it.

REINZ chief Jen Baird said a shortage of available homes had pushed up house prices across the country.

"While $4.29m is not a record for Point Chevalier, it is towards the upper end of what we have seen for the suburb in recent years.

"It is positive to see developer activity, contributing towards adding high-quality stock to the market. This sale is one of many that we are hearing of as residential investors and developers look to build higher-density properties and high-quality homes."

Check your suburb's house values with the OneRoof property interactive.