ANZ revealed today that concerns about Hisco's personal expenses stretched back nine years and amounted to "tens of thousands of dollars" in company money.

News of his departure today - and the reasons for it - had been met with "shock and disappointment" among ANZ staff. Hisco had previously been on sick leave due to ill-health.

ANZ NZ chairman Sir John Key said Hisco believed he had an agreement with the previous group chief executive of the Australian bank over the use of chauffeur driven cars.

Key told the Herald a lack of transparency over the expenses resulted in them being mischaracterised in ANZ's books.

"We have got to be consistent with the standards we set from the freshly minted teller to the CEO."

"He believed that he had authority for this. He had an explanation for why it was recorded in the way it was. I don't believe it meets the standard that David would set under normal circumstances."

The issue came to light following a review that ANZ Group CEO Shayne Elliott undertook of some members of his executive committee.

Key said the issue does not involve how much money was spent but rather how that spend was characterised in the records.

Key said the board was first notified of anomalies around three months ago and decided to take action after an internal review.

He said the bank would not be pursuing Hisco to pay back the money for the anomalies.

However, Hisco would be forfeiting around $6 million in equity holdings he held at the bank.

Once identified, the issue was handed to the ANZ NZ board - that Key chairs - to make a call.

Key said Hisco's departure was mutually agreed between the CEO and the bank. Hisco was, however, not present at the press conference.

Key furthermore said that there weren't any systemic problems in senior leadership and that anomalies weren't detected in other executive's accounts.

ANZ executive Antonia Watson will be stepping into the role vacated by Hisco as acting CEO.

"We are fortunate to have an experienced executive in Antonia Watson to step in while we conduct a search for a replacement," said Key.

"Antonia's extensive banking career has her well-placed to help ANZ manage through this transition." 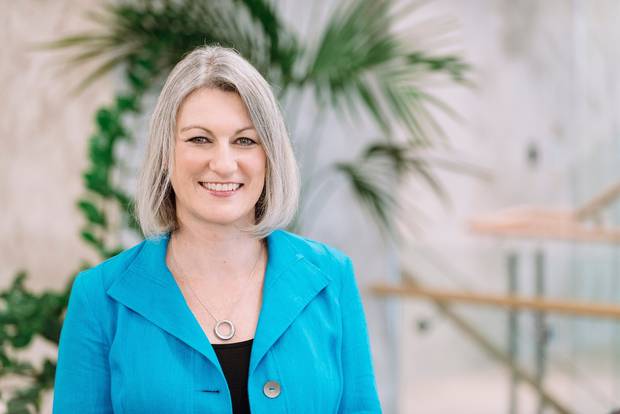 Hisco had been CEO of ANZ New Zealand since 2010 when he took over from Jenny Fagg.

In the year to September, he earned $3.76 million while the bank made just short of $2 billion in net profit.

ANZ suffered a couple of regulatory blows last month with the Reserve Bank forcing it to hold more capital against housing and farm lending from June 30 and to use the standardised model for calculating its operational risk capital rather than its own internal model.

That's because it had been using a modified internal model for calculating ORC since December 2014 without first getting RBNZ approval.

The ORC measure was one of about 45 internal models ANZ uses and it can continue to use the other 44.

Only the four major banks, which are all owned by Australia's major four banks, are allowed to use their own internal models to calculate capital.

In February, RBNZ revealed that ANZ needed only slightly more than half the capital that the government-owned Kiwibank needs to back each $100 of mortgage lending because of the advantage it gains from using internal models.

Kiwibank, along with all the New Zealand-owned banks, is required to use standardised models.