One of the protesters arrested at Kennedy Point in Waiheke Island has pleaded not guilty to all charges.

The Pūtiki Bay protest and occupation is opposed to the development of the Hauraki Gulf island's first marina, which would have 186 berths. 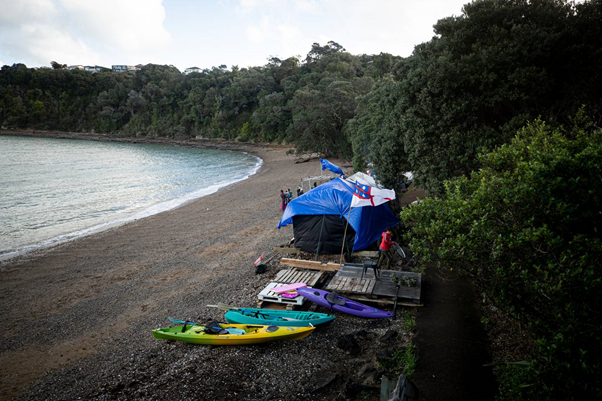 Pūtiki Bay, Kennedy Point on Waiheke Island, where an occupation since March 9 has aimed to stop the planned marina development. Photo / Dean Purcell

Not guilty pleas were entered on all charges today at Auckland District Court, where more than a dozen people arrived to support the woman.

She asked for name suppression.

"This is a case which has been well-publicised and there are about 10 people at the moment facing charges in relation to this activity at Waiheke Island," defence counsel Kingi Snelgar said.

"She wants time to advise her whānau about these matters being before the courts."

"Why hasn't she already done it?" Community Magistrate Leigh Langridge asked, saying the woman was arrested on July 15.

Snelgar said it was most likely his client just wasn't familiar with the name suppression process.

She is on bail and is not allowed to re-enter the marina construction zone.

It is yet to be decided if she will elect a judge-alone trial or jury trial.

The matter will be heard again at a case review on September 20. Some of those opposed to the Waiheke marina say the area has environmental and ancestral significance and should not be home to a "mega-sized" marina. Photo / Dean Purcell.

"This is an opportunity for them to engage in positive change and reconciliation with Ngāti Paoa and with the Waiheke Community," Protect Pūtiki said in a statement. 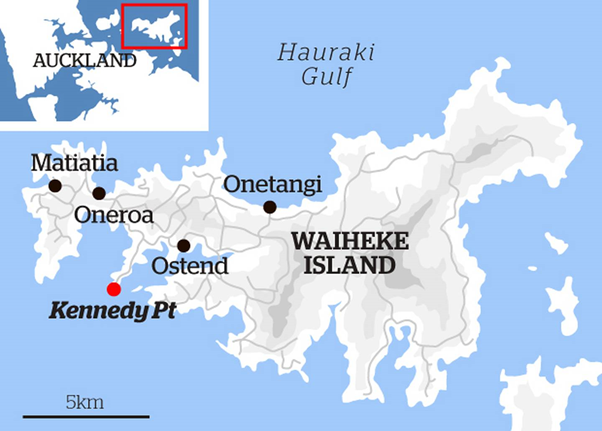 "We are occupying to protect our ancestral moana from a mega-sized marina with unprecedented features, such as New Zealand's first floating car park," Protect Pūtiki said in an online petition.

But Kennedy Point Boatharbour's Kitt Littlejohn said the company had a valid resource consent and should be allowed to build what it was legally allowed to.

The site has recently been the scene of confrontations between protesters, security guards and construction workers.

"The company's priority continues to be the safety of members of the public, its construction crew and the protesters," Littlejohn said earlier this month.

Kennedy Point Boatharbour and SKP reached a settlement after four years of court battles, both groups said in a joint statement on June 2.