Auckland's $4.4 billion City Rail Link is on track to open in 2024, but needs an extra $6.7b to upgrade the wider network to reach its full potential.

Official documents say the CRL will be transformational for the city but the suburban rail network will require "significant accompanying investment" to go from 15,000 people per hour today to 54,000 people.

The documents show the Government and Auckland Council have earmarked $6.7b over "future decades" to fully realise the capacity of the CRL to move 54,000 people per hour.

The work includes additional tracks and trains, lengthening platforms for nine-car trains, removing all level crossings on the southern and western lines and a signalling upgrade. Level crossings on Auckland's southern and western lines will have to be removed before the upgraded network can be fully rolled out. (Photo / Brett Phibbs)

Before the 3.5km CRL tunnel between Britomart and Mt Eden Station opens in 2024, a further $762m will have been spent buying new trains and upgrading the rail network to increase patronage from 15,000 people an hour to 22,500.

All up, the CRL and network upgrades are budgeted at nearly $12b.

Auckland Transport and KiwiRail said the CRL is not designed to be at capacity on day one, but this has not stopped the likes of Auckland mayor Phil Goff repeatedly stating "it will carry 54,000 people an hour" without mentioning the extra cost.

The "fact sheet" issued by City Rail Link Ltd also says "at peak times, 54,000 passengers an hour will use CRL stations" and is silent about the extra cost.

The extra CRL costs are contained in the latest Auckland Transport Plan (known as ATAP) between the Government and Auckland Council. The 10-year plan includes funding to complete the $4.4b CRL build and $762m for rail network improvements. The $6.7b spending is budgeted in ATAP after 2031 with Auckland Transport, KiwiRail and Waka Kotahi NZ Transport Agency tasked with working out how and when to make key investments in the rail network.

While work progresses on the CRL, the Government is looking to get light rail in Auckland back on track at a cost of billions of dollars and build a brand new walking and cycling bridge alongside the Auckland Harbour Bridge at an estimated cost of $685m. Planning is also continuing on a new multibillion-dollar harbour crossing, likely a more expensive tunnel focused on public transport.

What's more, there is no guarantee the CRL will come in on budget. CRL chief executive Dr Sean Sweeney, who has a PhD in construction economics, said the project remains on track to be completed in late 2024, but would not be drawn on costs until the tunnel excavations and station construction is substantially completed next year.

The $6.7b figure should also be treated with caution given the works will not occur until after 2031. Just last week, Finance Minister Grant Robertson said Covid-19 and rising construction costs were to blame for the Mill Rd, Penlink and Papakura-to-Drury projects in Auckland more than doubling in cost in less than 18 months. 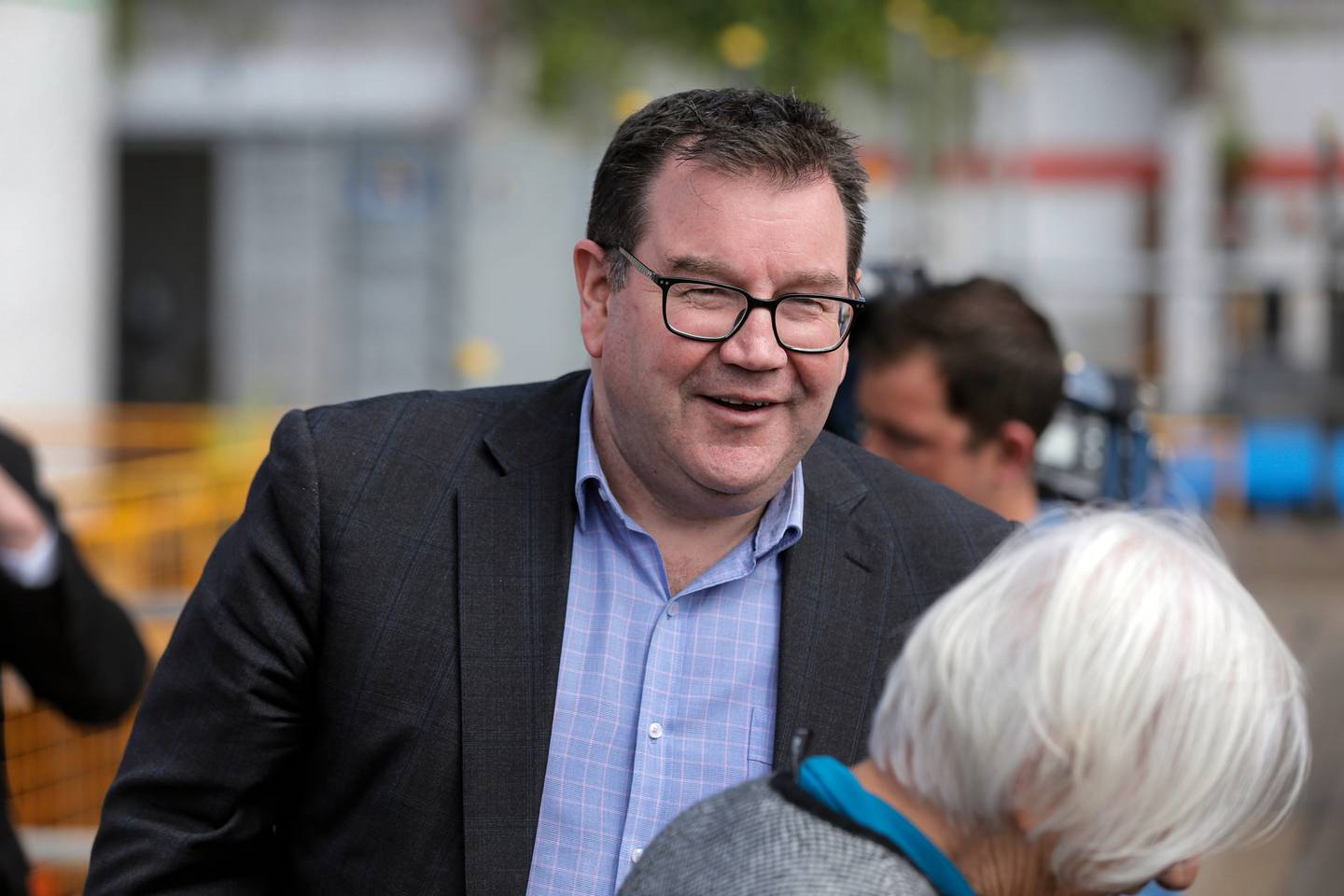 Finance Minister Grant Robertson attended the launch of the CRL tunnel boring machine but was not keen to talk about the $6.7 billion in extra costs. (Photo / Alex Burton)

The Weekend Herald sought responses about the $6.7b package of works from Robertson and other leaders involved in the CRL, including business leader Sir Brian Roche, who chairs CRL Ltd and Waka Kotahi, and bosses from Auckland Transport and KiwiRail.

KiwiRail acting chair Sue McCormack responded with a short statement: "I have noticed the response from KiwiRail and have nothing further to add."

KiwiRail's written response and a response from Auckland Transport said much the same thing - the CRL is designed to allow for growth in demand, will not be operating at full capacity on day one and future development will be staged over coming decades in response to demand.

An AT spokesman said: "The exact timing will depend on patronage growth and funding availability. Transport Minister Michael Wood said all transport investments are part of a network and require investments across that network to gain their full benefits.

"This is a multi-generational piece of infrastructure and we expect it will continue to add capacity for decades to come," he said.

Goff said the CRL - unlike the Auckland Harbour Bridge which had to be widened from four to eight lanes less than 10 years after it opened - has been future-proofed to ultimately carry 54,000 passengers an hour.

"The benefits of the CRL are immense, including immediately doubling the number of trains able to come into Auckland.

"Over a period of decades upgrades will be required, just like any other piece of infrastructure," said Goff.

Right now, any extra costs from the CRL would spell bad news for the city.

The council has taken a $750m hit from the impact of Covid-19, is temporarily exceeding its debt limit and has little wriggle room to respond to future economic shocks.