There are no plans at this stage to lift Auckland water restrictions on using sprinklers to water the garden, despite heavy rain filling the city's dams in the past month.

Watercare chief operating officer Mark Bourne said the council-owned water company is constantly reviewing its position on water restrictions, looking at water storage, demand, weather forecasts and production volumes at treatment plants, but there are no plans at present for a formal review.

In May last year, Aucklanders were banned from washing cars, houses and watering gardens with an outdoor hose in response to the city's dams plunging to dangerously low levels after a long drought.

In October, the rules were relaxed for things like commercial car washes and watering sports fields with irrigation systems.

On December 14, the rules were eased further to allow Auckland residents to use outdoor hoses with a trigger nozzle, but the ban still applied to home sprinklers and irrigation systems.

As of today, the city's dams are 83.6 per cent full after this week's downpours - close to the average of 90.4 per cent full at this time of the year.

In the past seven days, 86mm of rain has fallen in Hunua Ranges and 72mm in the Waitakere Ranges. 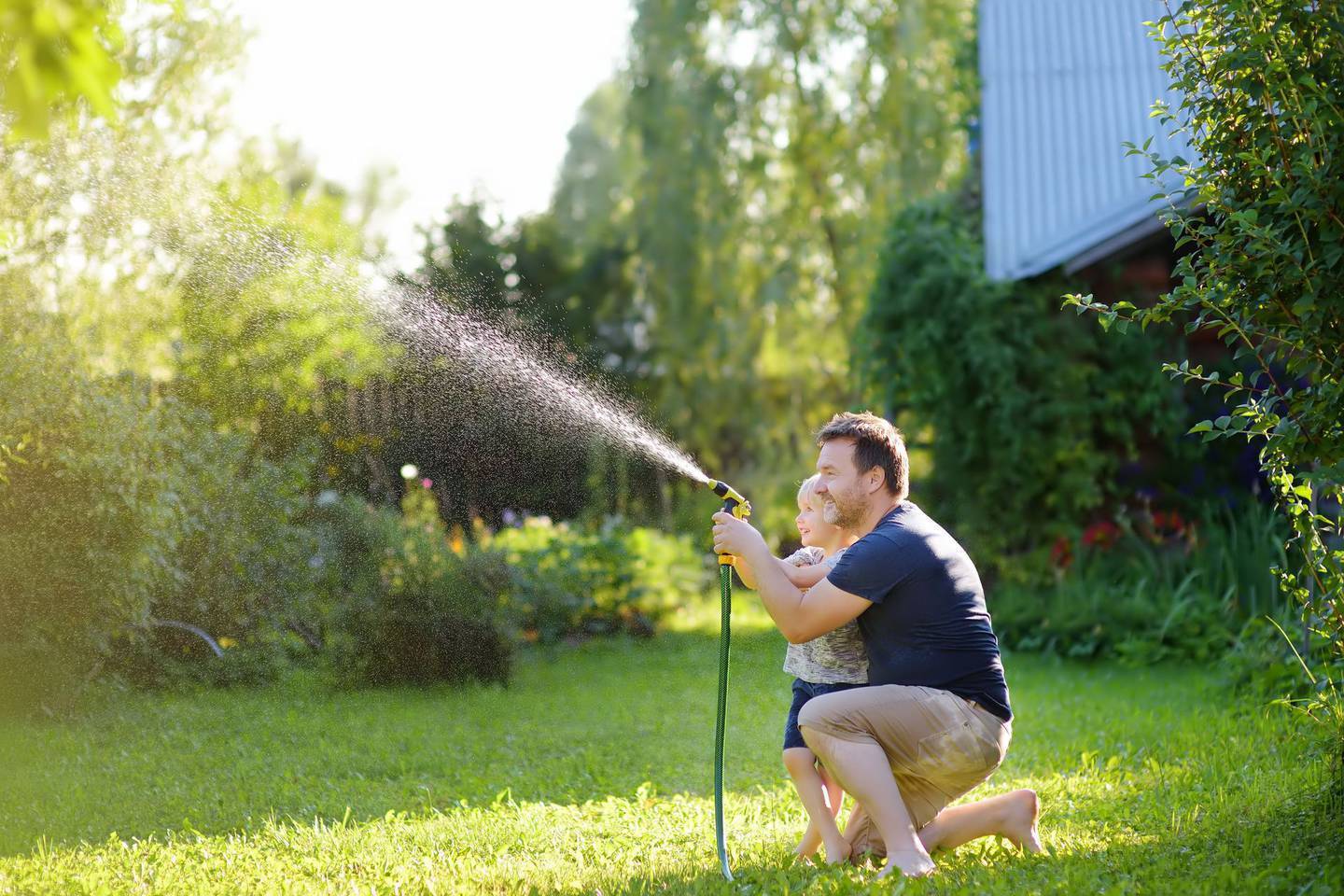 At present Aucklanders can use a hose with a nozzle to water the garden but not sprinklers. Photo / File

Bourne said the rainfall in the past month has raised dam levels from 61.1 per cent on August 23 to 83 per cent today.

Regardless of the restrictions, Bourne said Watercare continues to encourage Aucklanders to use water wisely because it is good for the environment and will save them money.

Any lifting of restrictions requires the approval of Auckland Council.

The Herald is seeking comment from Mayor Phil Goff, who has taken a keen interest in the restrictions and conserving water.