Students could find themselves catching a sight-seeing tour bus to uni this month.

Auckland Transport has six of the Explorer sight-seeing tour buses on standby for March Madness - the busiest month of Auckland's traffic calendar when people are back from holiday and students start the new academic year.

This year's March Madness collides with the closure of yet another major city intersection, as university students rouse themselves today to roadworks-charged March traffic.

The distinctive yellow double-decker Explorer tour buses are ready to become commuter buses due to what one senior AT manager has told board members is an ongoing challenge of finding enough buses and drivers to keep the city moving.

Auckland Transport has six of the Explorer sight-seeing tour buses on standby for March Madness.

Stacey van der Putten, who manages bus services at AT, told board members in a February 12 memo there is little wriggle room with the existing bus fleet for extra demand.

AT spokesman Mark Hannan said the Explorer buses are known as "bankers" and may not meet standards for branding or air-conditioning, but they are new and meet all safety standards.

If needed, they will run on the NX service along the Northern Busway to the city.

Today officially marks the first day of semester for 2020, and it comes the day after construction on the City Rail Link (CRL) will close the major city intersection of Wellesley St West and Albert St.

This intersection closure is nothing new for Aucklanders in 2020, who are in the thick of 63 separate road work disruptions to CBD streets this year. Wellesley St West, in particular, acts as the dividing border between Auckland University and AUT University in the city, and the 30 bus routes travelling the east-west route have been diverted several CBD blocks around.

The works are for Aotea Station - one of three new stations for the CRL along with Karangahape and Mt Eden stations.

Access to Mayoral Drive at the intersection will remain closed for five years until CRL is completed in 2024.

But Wellesley St West will re-open to through traffic on March 1, 2021.

AT has been well aware of a unique traffic meltdown brewing in 2020.

The February 12 memo outlines that AT has "worked with bus operators to revise bus sizes and add an additional 8 per cent peak capacity across the network between March 2019 and November 2019".

This equates to about 5000 seats in both the morning and afternoon peak commutes. 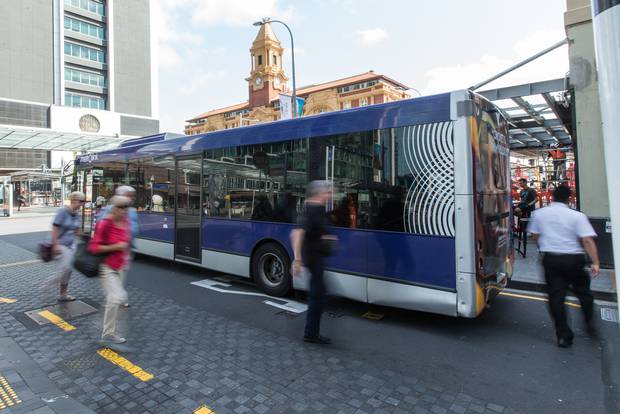 The increase in bus seat capacity was publicised by AT in a February 24, 2020, press release as a response to "the busiest time of the year as Aucklanders head back to work and study" - aka March madness.

It is not clear in the release that the 5000 extra seats have actually been available on Auckland's network since November 2019.

The first of Auckland's four scheduled new trains from Spain will also be rolled out next week, and some extra train cars will be added on to the existing fleet, adding 1200 more seats at peak times.