Gondola lines in New Zealand are found in tourist hot-spots, lifting holidaymakers to the tops of ski fields and luge tracks - but a company is now proposing the system could be used as a high-capacity public transport system in Auckland.

Austrian firm Doppelmayr, which has a New Zealand subsidiary based in Christchurch, confirmed they are proposing that a 4.2km line across Waitematā Harbour could be built within two to three years and would cost around $200 million -just over a quarter of the price of the Government's canned $785m cycling and walking bridge.

"It's a good opportunity for Auckland to be able to show some innovation," said Doppelmayr's New Zealand general manager Garreth Hayman.

The proposed line would connect Wynard Quarter, Bayswater and Akoranga bus station and could even transport cyclists.

Doppelmayr refers to the technology as ropeways and believes they provide the next level of urban motility and have proven to be a reliable, safe and sustainable solution to public transport challenges around the world.

Hayman told the Herald that the system would also provide a low carbon and zero emissions public transport option to the city.

"One of the biggest focuses for us is talking about a zero-carbon future and how that can work with public transport and we think ropeways are a great possibility to be able to reduce that," he said.

He said the gondola could transport 6000 people an hour in each direction and would operate for up to 20 hours a day.

Last year the Government scrapped its plan to build the costly cycle and walking bridge across Auckland's Harbour in response to public pressure.

Transport Minister Michael Wood said they'd be turning their focus to cheaper options like bike ferries and buses linking to cycleways on each side.

Auckland mayor Phil Goff welcomed the development at the time, saying dedicated ferries or buses would be a quicker and more cost-effective way of delivering for cyclists and pedestrians in the short term.

Doppelmayr have built systems in Queenstown, Rotorua and at major ski fields as well as the cable car in Wellington. Worldwide, they have installed more than 1400 systems in 90 nations.

In Bolivia they built a network in La Paz that spans 31km and carries more than 265,000 passengers a day. 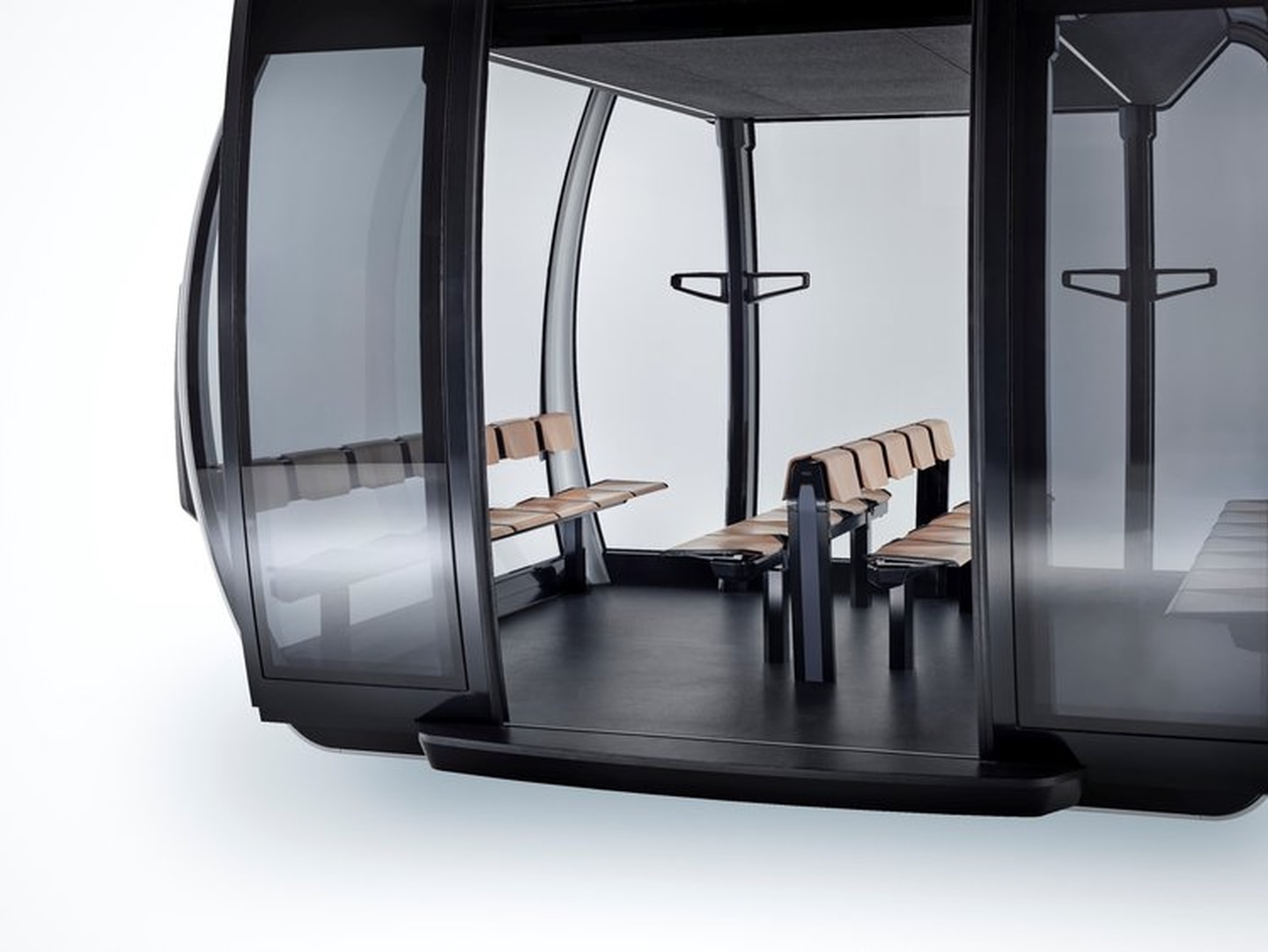 The cars vary is sizes up to a 200-seat double-decker vehicle. Photo / Supplied

Their systems vary in size from smaller vehicles right up to a 200-seat double-decker passenger car.

If given the green light to build the cross-harbour line, two to three pylons would be installed between each station.

Hayman admits from a visual perspective that pylon towers are their biggest challenge in getting the project over the line.

"We won't shy away from that issue. If we look at how they've done it overseas, there's a gondola in London and there's the Portland tram – those are projects that they decided to turn the towers into an architectural masterpiece," he said.

"So there is that opportunity to have architects involved to be able to reduce those effects."

Bayswater particularly provided a good location for a pylon and would provide a transport link solution to the congestion in Devonport.

The company is exploring multiple funding options including a state entity and public-private partnerships.

"We are still in the early stages of putting the concept out and for us it would be fantastic to get support and engagement with the transport authorities," said Hayman.