For a long time, moisture has been the arch-enemy of most gadgets.

Every morning I work in a radio studio and officially, all liquids are banned. Despite this, from time to time, various bits of that studio mysteriously stop working... well, mysteriously until those bits are taken to pieces and it's discovered someone's spilled half a can of Coke, a mug of coffee or a cup of tea into it.

At least if it's just water, sometimes things can be dried out and if you're lucky, plugged back in and fired up again.

But if it's softdrink damage, forget it. That stuff's like nuclear waste.

Then there's dust and crumbs. Is there anything more disgusting than tipping your keyboard upside-down, banging it on the desk a couple of times and seeing what falls out? Ick.

And those are just normal, everyday scenarios. Imagine trying to use a mouse and keyboard in a workshop... or a dental surgery... or a garden centre... I can only imagine the turnover in hardware.

So what if you could just run them under the tap?... 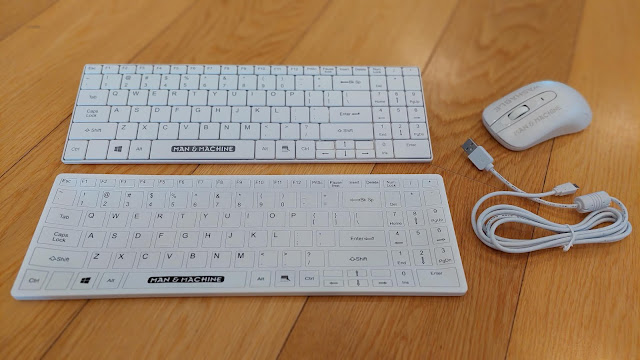 Imagine being so confident in the washability of your PC accessories, you make them in white as well as black? Well that's what Man & Machine does and in a sterile environment like a medical office or even on a kitchen benchtop, the white looks pretty great.

I'm not so enamoured with the name, I have to say. Sure, the company is thirty-eight years old but I'm pretty sure women needed machines like this back then too. Anyway, let's not get bogged down with that because we've got a pretty elegant solution to a fairly common problem here.

The Its Cool wireless keyboard and C-Mouse Wireless are IP65 washable, can be wiped down with a wide range of disinfectants and detergents and yes, you can literally rinse them off under running water.

And for even more hygienic spill protection, Man & Machine produces the Its Cool Fitted Drape, specifically for the keyboard, making it completely impervious to any spills altogether. 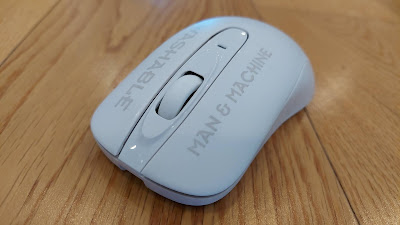 As a mouse, the C-Mouse Wireless is relatively unremarkable in everyday use - two buttons and a scroll wheel - what more do you need? It connects via a 2.4 Ghz USB dongle, not bluetooth and can be paired with the same dongle you use for the Its Cool keyboard. Pairing is quick and straightforward; simply a matter of pressing the right button and scroll wheel together then plugging in the dongle. I've found the connection to be instantaneous and reliable and the good news is, no batteries required. 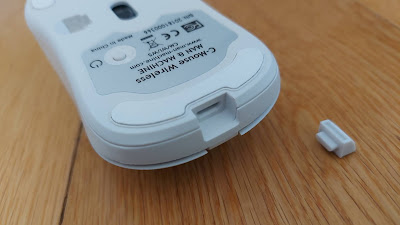 The mouse is rechargeable via a micro-USB port at the front, sealed when not in use by a watertight plug. Normally, I'd be worried about losing a little rubber plug like this, especially given you can continue using the C-Mouse Wireless while connected for charging. Luckily, there's a made-to-fit cavity under the mouse to stow the plug when not in place. I like it when they think of little details like that. 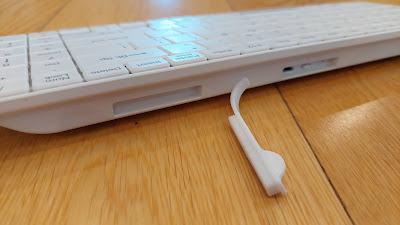 There's a similar rubber bung on the back of the Its Cool keyboard, sealing up its microUSB charging port and on/off switch. This plug is longer and stays connected, swivelling around to fit tidily into its stowaway cavity while the keyboard is charging. 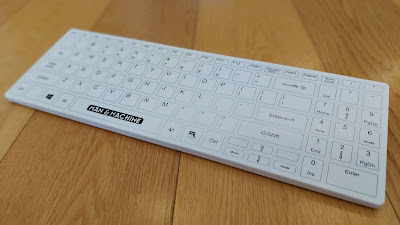 Other than that, like the mouse, the Its Cool keyboard functions exactly as you'd expect it to. It's essentially a full-sized keyboard with number pad and dedicated arrow keys, although I'm surprised they didn't make it a little wider to allow space for standalone Home, End, Page-Up and Page-Down keys - instead you'll have to release the Number Lock if you want to access these. The top row of keys - function keys, Insert, Delete etc - are also strangely cramped. Not sure why, given this is a wireless keyboard and surely you can basically make it any size and shape you like. 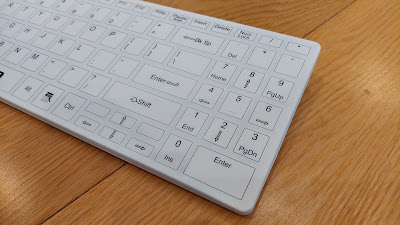 In saying that, I haven't found it much of a learning process to get used to the layout here; Delete and BackSpace seem familiar enough for me to avoid any mistypes and the keys are nicely spaced out to accommodate my fat fingers too. Of course, one reason the keys are spaced this way is because the Its Cool keyboard has been designed to be used with the Its Cool Fitted Drape, a custom cover that fits precisely over the keyboard, effectively sealing it off from any kind of spill at all.

Not only is the fitted drape wipeable and washable, it can be sterilised using hard surface cleaners and will even survive dishwashers and autoclaves. Perhaps best of all, it's easily replaced. 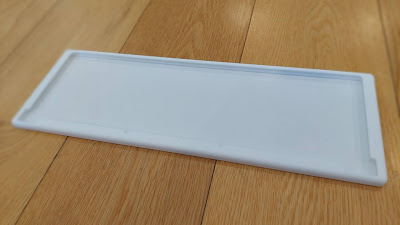 It's certainly easily fitted and removed and is a dramatically superior solution to the one-size-fits-all (but doesn't really fit anything) disposable option you may be currently using. I was initially concerned typing would be hampered by what is essentially a flat piece of rubber with keys printed on it but it turned out those fears were unfounded. I can't believe how responsive the keyboard still is with the fitted drape installed. The keys still feel quite clicky with good travel and I still only mistype as much as I usually do - so quite a lot... but that's nothing to do with the keyboard.

I'm not going to try and convince you this is a great keyboard for gaming - unless you're gaming under a waterfall - but it certainly fulfills all my everyday needs. I have no idea what the battery life is like for either the Its Cool Keyboard or the C-Mouse Wireless - it's not listed on the Man & Machine website - but I've been using both devices several hours a day for a couple of weeks now and only charged them when I first took them out of their boxes.

If you need to operate a PC in a wet, dusty or dirty environment, or you want to keep things sterile, or maybe you're just a hot mess and can't keep your coffee cups upright, I'd heartily suggest you give Man & Machine a try. Oh, and don't worry about the name... it's just a name.

Click here for more information on the Man & Machine Its Cool Keyboard.